A quarter century after North Vancouver's Nick Masée Sr. and his wife Lisa Masée disappeared, the family is still searching for answers.
Aug 1, 2019 7:22 AM By: Jane Seyd

For 25 years, Nick Masée Jr. and his sister Tanya Masée Van Ravenzwaaij have wondered what happened to their father and his wife.

But a quarter century after the North Vancouver couple, Nick Masée Sr. and his wife Lisa Masée disappeared, the family is still searching for answers. 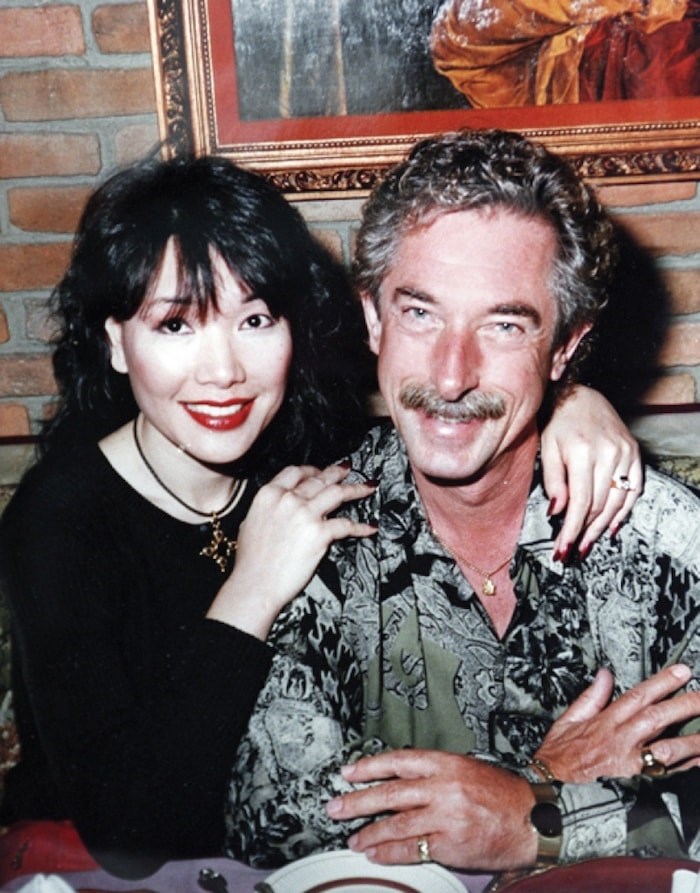 “The passage of time has a way to make it less emotional, but it never goes away,” said Nick Masée Jr. at a press conference Tuesday at the North Vancouver RCMP detachment. “Whatever it is that happened, we’d like to know.”

This week the family announced they are doubling their previous reward in the case to $50,000 for information that leads to solving the mystery.

Masée Jr. said family members are confident police have pursued all credible leads in the case.

But they still hope that the passage of time might one day lead someone else to come forward.

That’s a hope shared by police investigators. “We also believe that somebody out there has information,” said Sgt. Peter DeVries.

“If they were afraid (to come forward) before, maybe they’re less afraid now,” he said, of people who might have information about the case. “Maybe the people they were afraid of have passed away.”

There have been no shortage of theories over the years about what happened to the couple. “We’ve heard them all,” said DeVries. “There’s rumour and there’s conjecture. It doesn’t carry an investigation forward.”

Known facts, however, are slim.

Nick Sr., a stock promoter and employee of Turbodyne Technologies, and Lisa, a hairdresser, were well known within the community's most affluent and influential social circles. Their disappearance was uncharacteristic and without explanation, leading police to suspect foul play.

Details that have emerged since the couple disappeared only deepened the mystery.

The day before the Masées vanished, they had reportedly planned to meet with an unidentified businessman from California, who claimed to have $10 million to invest in Nick’s company. The rendezvous was slated for 8:30 p.m. at Trader Vic's restaurant in Vancouver's Bayshore hotel. But that night, Nicholas called ahead to Trader Vic's to say the couple would be late, and then never showed up. Neither did the man the Masées were meant to meet.

Lisa Masée made calls to both of the couple’s respective workplaces the following day on her husband's cellphone, saying they were taking a few days off. The calls were routed through a repeater on Bowen Island, suggesting she was still on or near the North Shore when she phoned. That was the last anyone heard from the couple.

Several days after those final phone calls, Lisa's worried sister visited their home at 442 Monteray Ave. to find the door unlocked, the alarm off, and their aging cat abandoned without food. The couple had left their car and their passports behind.

After the disappearance, rumours abounded as to what might have happened. Nick had worked as a senior private banker for the Bank of Montreal for more than 35 years before resigning in January 1994 to join Turbodyne. While with the bank, he had counted some of Vancouver's wealthiest and most controversial financial players among his associates.

Some people speculated Masée Sr. had somehow run afoul of the wrong people.

A further unsettling detail was the revelation that the couple had made a secret trip to the Cayman Islands in April 1994, just months before they disappeared and opened a bank account there, without telling family or friends. “That’s a mysterious circumstance that causes us to ask larger questions,” said DeVries.

Masée Van Ravenzwaaij had moved to the Netherlands a year before her father disappeared, but “every week he phoned and told me what was going on in his life,” she said. He flew home to visit that Christmas. But starting in January 1994, her father’s demeanour changed, she said. He became secretive in a way he hadn’t been before, she said. “It was completely out of character.”

Masée Van Ravenzwaaij said the logical part of her brain “tells me they can’t be in hiding”, although “there’s a part of my heart that wants them to be …”

“Whatever outcome it is, it’s not what you want.”

DeVries said while evidence in the case was never enough to say conclusively that the couple were victims of crime, there were details – including zap straps found in the couple’s home – that have led investigators to believe the couple are dead “and that their deaths were the result of a criminal act.”

The family says they just want to know what happened.

“Everybody loses their parents at one time in their life,” said Masée Van Ravenzwaaij, “but then you have a funeral. We don’t have that. That part has been extremely difficult.”

Anyone with information is asked to contact Sgt. Pat Domodossola at 604-985-1311 or email at pat.domodossola@rcmp-grc-gc.ca