About 150 bikes were displayed by Vancouver police Wednesday morning, the net result of one bust made near Oppenheimer Park in late August.
John Kurucz Sep 11, 2019 2:20 PM 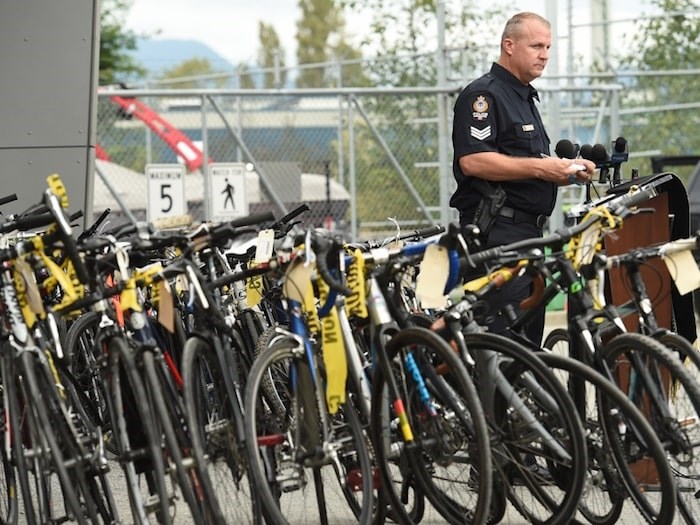 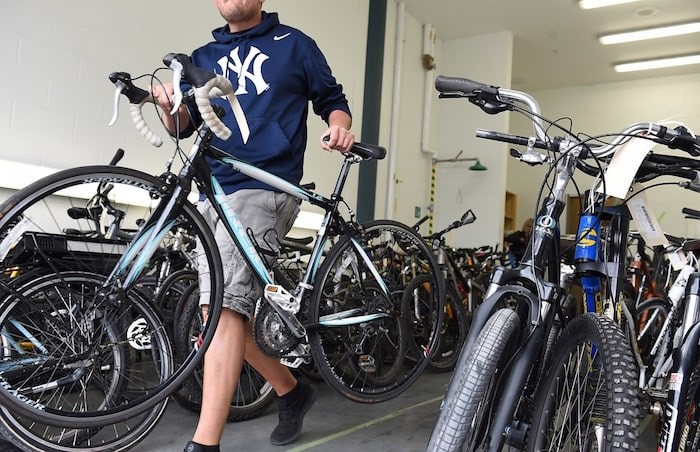 Nearly 150 bikes were recovered from a storage facility in the 800-block of Powell Street and four men were arrested at the scene. They’ve all since been released without charges. Photo Dan Toulgoet