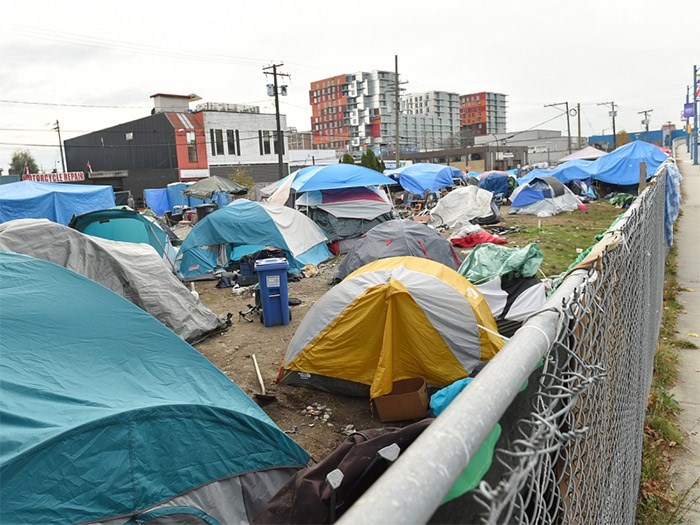 A homeless camp in the 1100 block of Franklin Street and a property at 501 Powell St. that is home to a weekly market and community farm are the locations. The city anticipates the buildings will be three storeys and each offer 50 self-contained suites.

The city didn’t say when the homes will open.

That’s because the city has to first make some policy changes and complete a public feedback process before either project can move ahead. Next week, council will consider referring a report to public hearing that requests a temporary land use change for the Franklin Street site.

That site is currently zoned “industrial” and city staff’s request is that it be changed to “general urban” to allow for the modular housing project to proceed to the development permit application process. The city said in a news release that it continues to work with people living in the homeless camp to find them housing.

The 501 Powell St. site is also subject to a development permit application process, which is set to begin in the coming weeks. City staff is working with coordinators of the community farm and weekly market to allow those operations to continue in the neighbourhood. 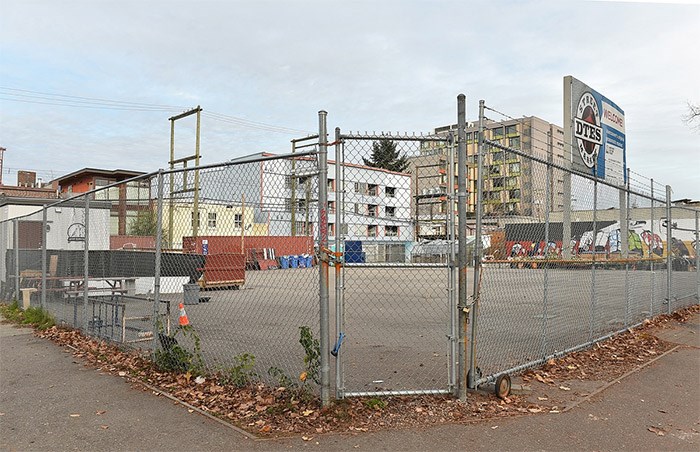 An additional policy change sought by staff is to allow temporary modular housing as “a permitted land use” in several of the city’s official development plans. The conclusion could be made that those are areas next on the city’s list to add modular housing.

Those areas include a swath of land that runs west from Science World along both shores of False Creek to the Burrard Bridge. Parts of downtown, Coal Harbour, the Granville entertainment district and Downtown Eastside are other areas subject to having their official development plans amended.

The development permit process attached to setting up a modular housing building requires the city to notify area residents and businesses of the proposed new homes. That notification, along with public meetings, is followed by a staff evaluation of applicable policies and guidelines to assess whether the project is suitable for the neighbourhood.

The city’s announcement of the sites in the Downtown Eastside comes after more than 200 Marpole residents protested Monday a 78-unit modular housing project scheduled to open at West 59th Avenue and Heather Street in January.

As the Courier reported, residents said they support Mayor Gregor Robertson’s drive to increase housing and services for the homeless but argue the Heather Street property, which is owned by developer Onni Group, is not a suitable location. They said the proximity to three area schools is problematic, with some worried about the safety of their children.

A fourth public meeting to discuss the Heather Street project was scheduled to go ahead Wednesday night at the Langara Golf Course Clubhouse.

The push to open modular housing buildings was amplified in September when Premier John Horgan promised $66 million to Vancouver to build 600 self-contained suites. With 78 planned for Heather Street and a total of 100 slated for the two Downtown Eastside properties, that leaves 422.

“This effort will need to take place right across the city,” Robertson told reporters Tuesday. “That’s the only way it will be successful, to find this much space to get 600 modular homes up and running this year.”

The city’s first temporary modular housing site opened earlier this year at Main and Terminal. That building was not part of the current rollout of modular housing projects. Robertson told reporters Monday the building has had “zero” complaints.

The region’s homeless count in March revealed Vancouver has more than 2,100 homeless people, with more than 530 living on the street. The rest were counted in some form of shelter. A total of 79 per cent of respondents told volunteers they had one or more health conditions, with 59 per cent citing an addiction, 48 per cent with a medical condition or illness, 44 per cent with a mental health issue and 36 per cent with a physical disability.