You can now tap your contactless @VisaCA or @MastercardCA to pay for your adult cash fare. Don't just take our word for it, take Morgan Freeman's word. ^at pic.twitter.com/E1m8Eboswn

Transit riders can now tap their Apple Pay, Google Pay or Samsung Pay mobile wallets, Visa or Mastercard credit cards on fare gates or buses to enter and exit the transit system. 'Tap to Pay' is meant to be a more convenient option for occasional riders and tourists.

“We know from our most recent visitor exit survey that 43 per cent of Vancouver visitors are already using some form of public transit during their stay. This new system makes it even easier for more tourists to use transit which, in turn, will help fund Vancouver’s transportation system making it even better for locals,” says Ty Speer, president and CEO of Tourism Vancouver.

TransLink is the first Canadian transit authority to offer credit card and mobile payment throughout its system, which has 50 million monthly riders.

“While the system is straightforward to use for the rider, it’s a major technological achievement offering a similar level of functionality as the world-class contactless system in London, placing Vancouver at the forefront of transit innovation," says Matt Cole, president of Cubic Transportation Systems.

TransLink ran a campaign leading up to the launch of 'Tap to Pay' reminding Compass Card users to tap their card and not their wallet to avoid accidental fare charges on their credit cards. 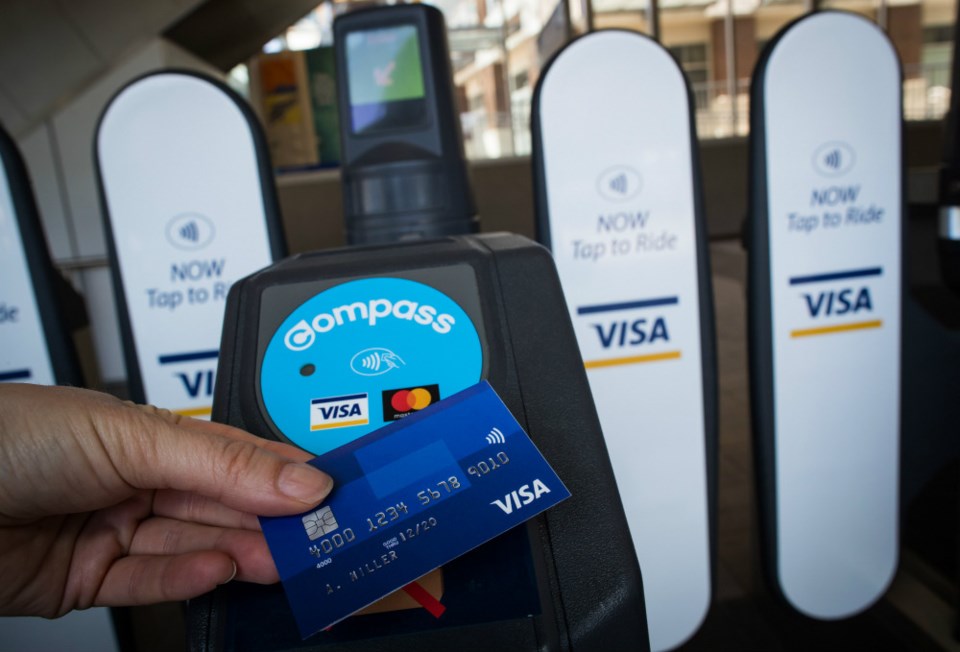