Motorola to buy Vancouver-based Avigilon for US$1 billion 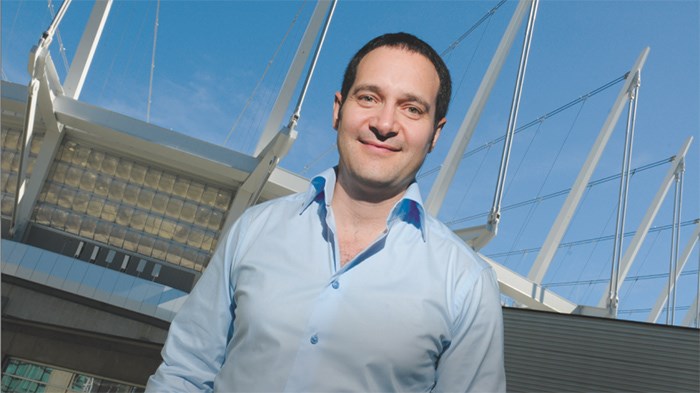 Avigilon Corp. (TSX: AVO) CEO Alex Fernandes founded the tech company in Vancouver in 2004, raised C$25 million in an IPO in 2011 and is now selling it to Motorola Solutions (NYSE: MSI) for US$1 billion | Credit: Dominic Schaefer/BIV files

Shares were trading at C$26.94, up 18%, on the TSX Friday morning after the American telecommunications company said it would acquire all of Avigilon’s outstanding shares for C$27 a share.

The deal, which is expected to close by the end of the second quarter of 2018, will see Motorola Solutions take on Avigilon’s net debt.

The Vancouver-based tech firm, which ranks 66th on BIV’s 2017 Top 100 Most Profitable Companies in B.C. list, develops software and hardware for video surveillance.

"This acquisition will bring Avigilon's advanced video surveillance and analytics platform into public safety, while expanding our portfolio with new products and technologies for commercial customers," Motorola Solutions CEO Greg Brown said in a statement.

In its 2016 fiscal year Avigilon's net income totalled US$7.1 million while revenue reached US$353 million.

Avigilon's net income reached US$14.7 million in the first nine months of the 2017 fiscal year while revenue reached US$288 million, according to its latest financial results.

Avigilon CEO Alex Fernandes founded the company in 2004 using the profits from the C$20-million sale of his previous venture, QImaging.

The Montreal-born son of an accountant and a homemaker spent just shy of four years in the military, serving as an artillery gunner stationed in Berlin when the wall came down in 1989.

He took the company public in 2011, raising C$25 million in an initial public offering that offered shares at C$4.50.

"We're very pleased to be joining Motorola Solutions, as their vision and strategy aligns fully with our own," Fernandes said in a statement.

"This combination will bring new opportunities to Avigilon, allowing us to accelerate our innovation and provide even more value to our customers."