New Westminster could get a floating greenway on the riverfront

A floating greenway could connect Westminster Pier Park and Sapperton Landing Park by 2024.

On Monday, council endorsed a conceptual design for the riverfront connection between the two parks that was developed in a joint study between the city and TransLink. Council also directed staff to proceed with a detailed design and cost estimate, in order to allow construction of the on-shore component to be done before the end of 2020. 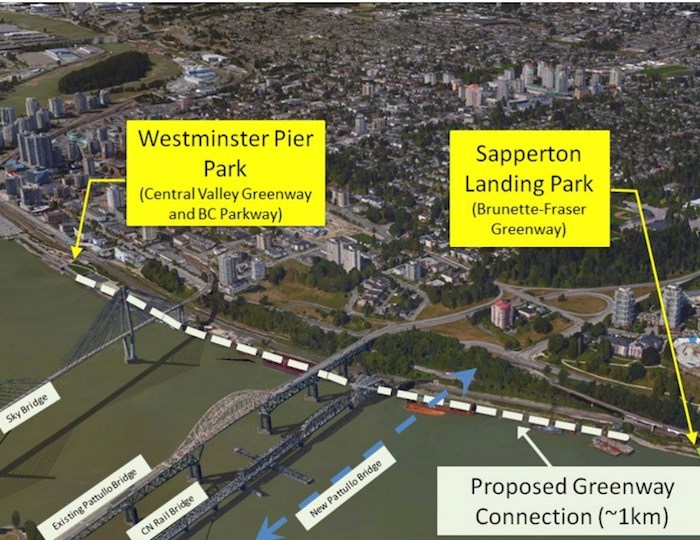 “It’s exciting to see our riverfront vision really starting to shape,” said Mayor Jonathan Cote. “We already have some incredible assets on our riverfront but I think those assets become even more valuable if we are able to connect them together. It’s a pretty exciting project for the City of New Westminster.”

Cote said the project is “an important missing link” in the city’s riverfront connection. After working with TransLink over the past year to come up with some design options, he said the city’s now in a position to endorse a floating greenway option. 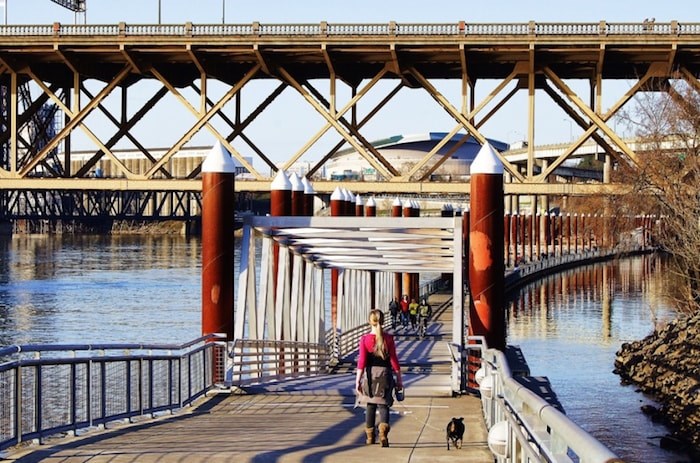 “It’s an innovative way to really come to an ability to gap those two riverfront connections,” he said. “It’s been used in other parts of the world, and not even too from us. I think Portland is probably the best example of how they have been able to connect their riverfront greenways with these floating type dock structures.”

Mark Allison, the city’s manager of strategic initiatives and sustainability, said the floating structure would be six-feet wide, have anti-slip surfaces so it could be used year-round and in different conditions, and would accommodate a variety of users including pedestrians, cyclists and people in wheelchairs.

Cote said there are “huge opportunities” for the city to partner with TransLink, which will be reconstructing the Pattullo Bridge near the greenway, as well as Metro Vancouver, which owns and operates Sapperton Landing Park and funds parkland acquisition and greenway expansion projects in the region. 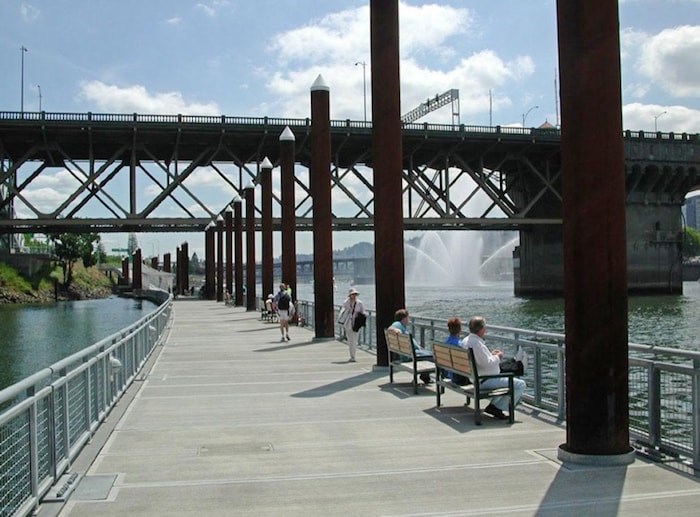 “This particular project well positions itself to be able to apply both for TransLink and Metro Vancouver funding,” he said. “I am looking forward to us actively moving into the next steps of completing this riverfront connection.”

Allison said the city has casino development assistance compensation (DAC) funds available for the project. (As part of the city’s decision to allow gaming expansion, it negotiated $60.5 million in DAC funds for five projects in the downtown and Queensborough in 2007.)

According to Allison, the city must spend the DAC funds by 2020, but the Pattullo Bridge replacement project won’t be completed until 2023. The idea is the city would complete the on-land extensions to Westminster Pier and Sapperton Landing parks by 2020 and then bring in the floating bridge sections and complete the greenway in 2023/2024.

Coun. Patrick Johnstone believes the project is important for the city, but could also be an “iconic project” for the region.

“I think it’s really wonderful that we can make it happen,” said Coun. Mary Trentadue. “This will be a huge opportunity for the residents who live here, and also for tourism.”