Former Only Café, First United Church and derelict single-room-occupancy hotels to be redeveloped along Hastings strip
Mike Howell, Glacier Investigates May 27, 2021 12:02 PM Jun 2, 2021 8:51 AM
The massive $110-million social housing-health centre project at 58 West Hastings that is expected to be under construction this summer is the first major redevelopment of its size on the East Hastings strip in decades.

It will soon be followed by other strip-altering projects this year and in the years to come as B.C. Housing and the City of Vancouver look to redevelop some of its 25 properties between Dunlevy Avenue and Abbott Street.

They are among nine properties to watch as the strip begins to transform.

(Note: This story is a sidebar to an investigation into ownership of properties on Hastings Street and the transformation to come. The main story can be read here.) 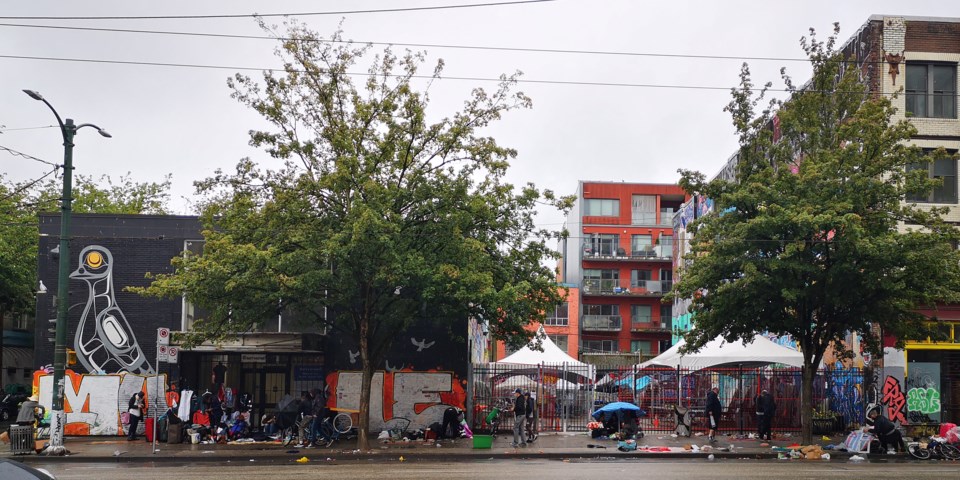 Details: Indigenous-led project involving B.C. Housing, Aboriginal Land Trust, Vancouver Native Health Society and Lu’ma Native Housing Society. The development will feature a combination of 100 units of supportive housing and affordable rental, along with a “healing centre.” To build it, the Pigeon Park Savings building, vending market and The Shaldon will be demolished. Construction is expected to begin this year. (Photo Rob Kruyt) 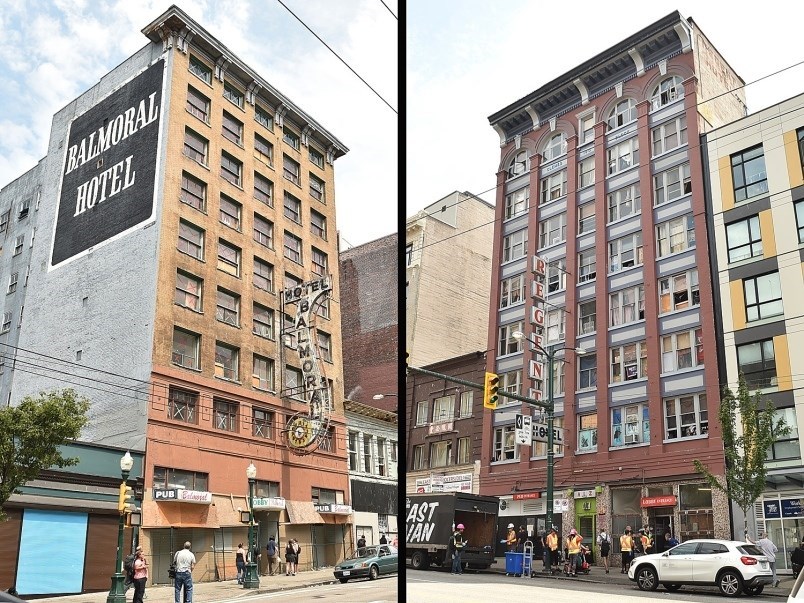 Property owner: The City of Vancouver

Details: The city announced in December 2020 that it acquired the hotel from the Sahota family. The hotel has been vacant since June 2017 because the city said the building was unsafe to occupy. B.C. Housing CEO Shayne Ramsay says a land assembly of the buildings adjacent to the hotel makes sense for redevelopment of that section of East Hastings. Developer Peter Wall has also shown interest in a land assembly for those properties. The city still has to launch a community engagement process  — likely this year — to decide on the hotel’s future. (File photos Dan Toulgoet)

Property owner: The City of Vancouver

Details: Like the Balmoral, the city announced in December 2020 that it reached a settlement with the Sahotas on the Regent, which is across the street from the Balmoral. The hotel has been vacant since June 2018 for the same reasons as the Balmoral: unsafe to occupy. When occupied, the Regent and the Balmoral had about 150 rooms each. B.C. Housing CEO Shayne Ramsay suggested the Regent will be renovated since a land assembly would be impossible because it is adjacent to the Sequel 138 condo development. The Regent’s future will also be part of the city’s engagement process before a decision is made on the property. 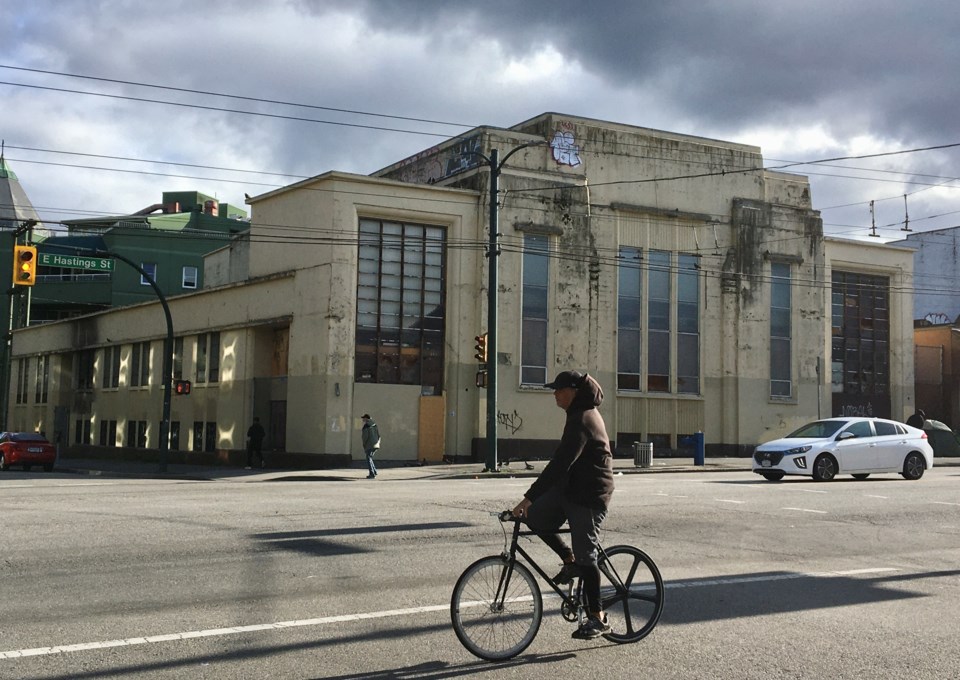 Details: The health agency has no immediate plans to redevelop because of the investment made in the $110-million social housing project soon to be under construction at 58 West Hastings; VCH will operate a 50,000 sq. foot health centre in the first two floors of that project. There was a time when B.C. Housing and VCH were close to reaching a deal to develop 80 to 100 units of housing on the property. An email from VCH communications staff said: “VCH has put the redevelopment of 301 East Hastings on pause to assess all of our redevelopment plans in the community.” (Photo Mike Howell) 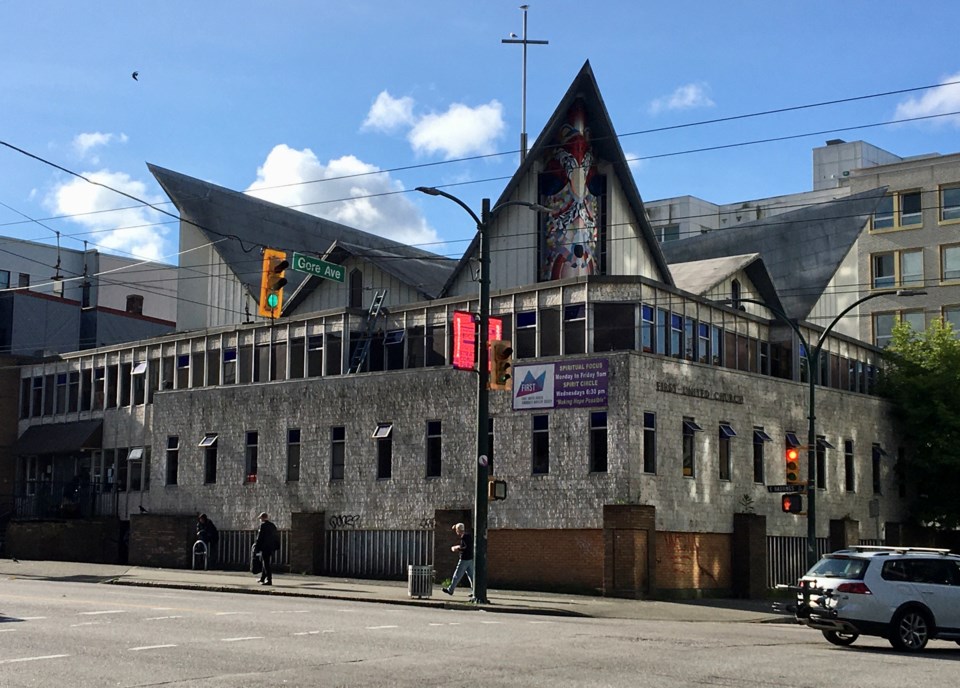 Details: The church is working with Lu’ma Native Housing Society to build an 11-storey highrise that will include 105 affordable housing units (studios and one-bedrooms) for Indigenous families. First United will occupy the first four floors and that space will include a sanctuary, a drop-in area, large dining room, commercial kitchen, multi-purpose spaces, a day-sleeping area and offices. The project got approval from the development permit board in January. (Photo Mike Howell) 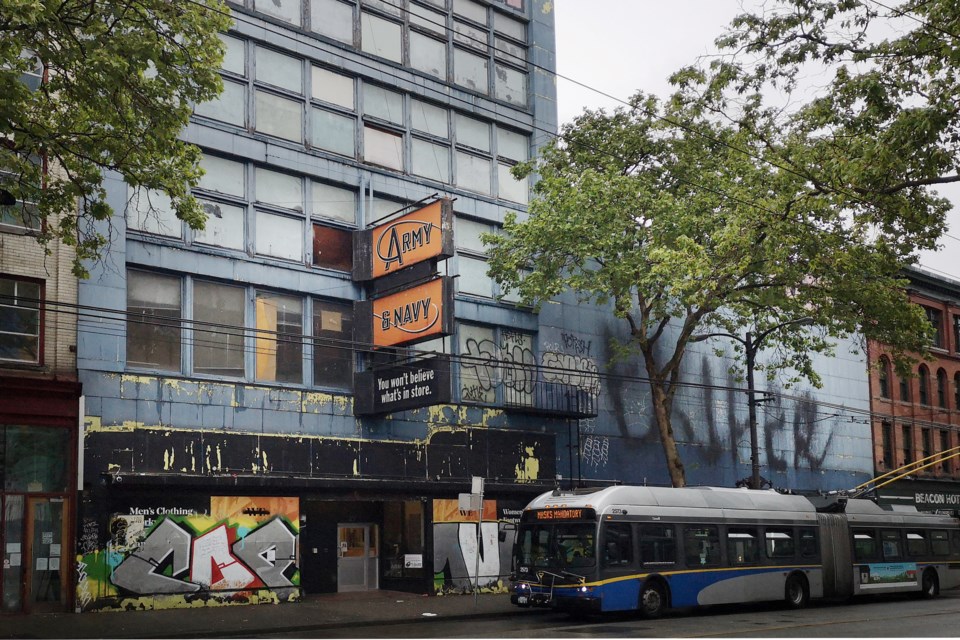 Details: Cohen announced in May 2020 that her family’s iconic department store on West Hastings and four others in B.C. and Alberta would close for good after more than a century in business. It now serves as a temporary shelter. At some point, the property will be redeveloped, but Cohen wouldn’t discuss its future when reached via email. “Using the Hastings store for temporary shelter is good for the Downtown Eastside, and that is the current focus,” she said. (Photo Rob Kruyt) 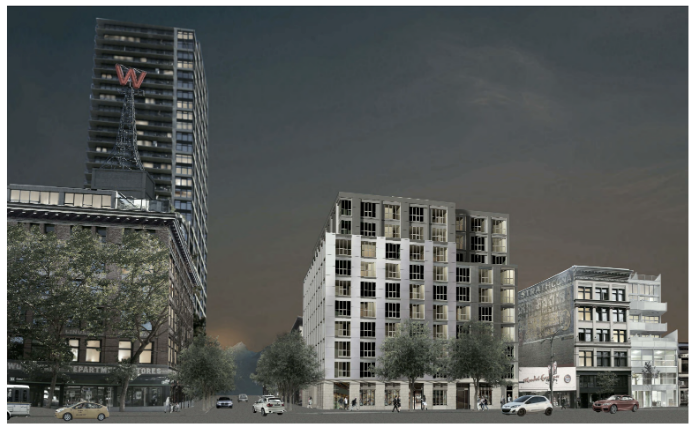 Details: The property is across the street from the Woodward’s development at Abbott Street. In 2018, Holborn submitted a rezoning application to the city for a 10-storey mixed-use, market rental building. The city issued a development permit for the company in January 2020. Holborn, which is the same developer tied to the Trump Tower and controversial Little Mountain housing property, did not respond to an enquiry to update the status of the project. (Photo: Artist’s rendering from City of Vancouver document) 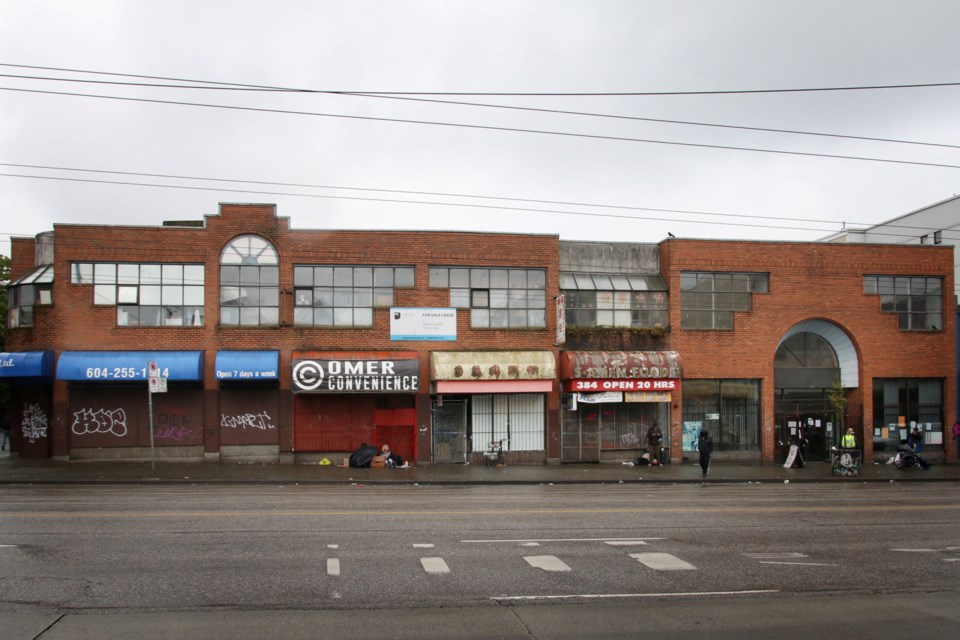 Details: Commercial real estate firm Avison Young has listed the 15,258 sq. foot property for sale (price not disclosed) and says on its website that the two-storey commercial building has “strong redevelopment opportunity” and “significant density available.” Its assessed value in 2020 was $5.7 million. B.C. Housing CEO Shayne Ramsay: “We’ve taken a look at that several times and unless somebody can consolidate the ownership…it’s a difficult property to acquire.” (Photo Rob Kruyt) 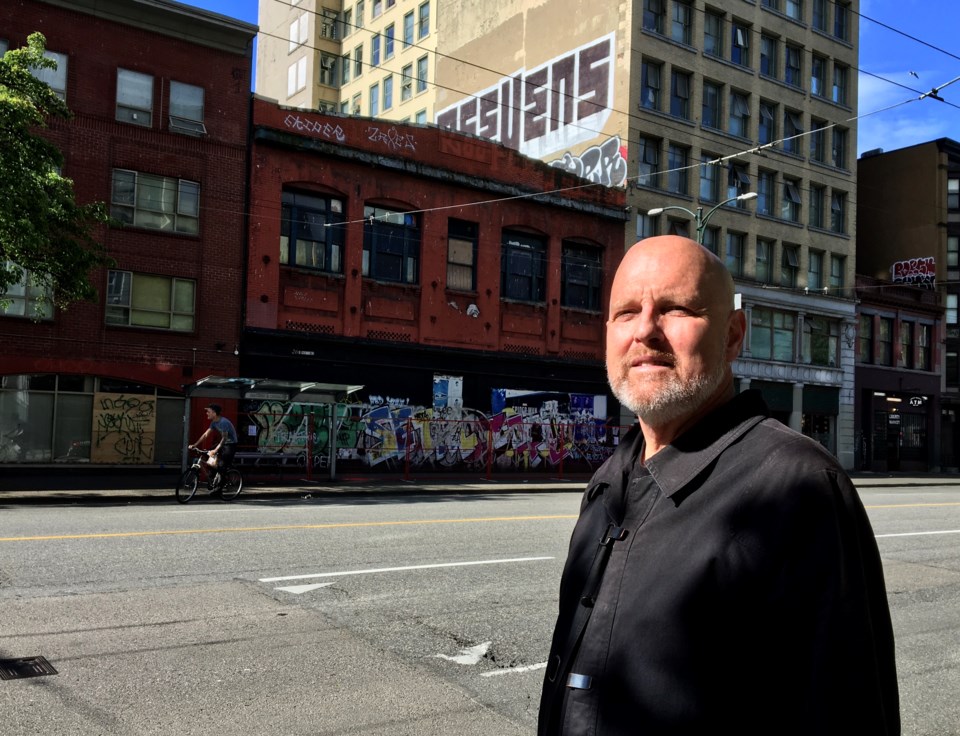 What’s there now: Dilapidated two-storey building once home to the Loggers’ Social Club on top floor and Only Café on ground floor.

Details: The building’s demolition is imminent. It is located between two other B.C. Housing properties (The Oasis and Tellier Tower). B.C. Housing has yet to say what will be redeveloped on the site, with its CEO Shayne Ramsay (in photo) saying: “We’ll land bank it and try to come up with some sort of plan.” (Photo Mike Howell)