Yet another mortar turns up on the North Shore 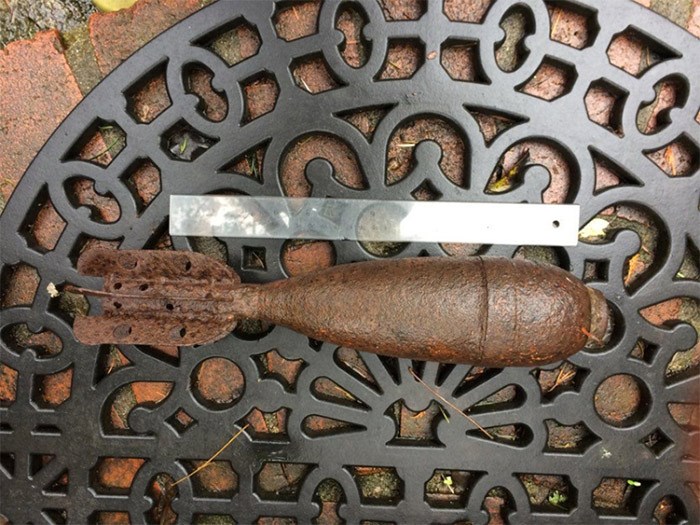 Explosives disposal experts were called back to the North Shore to deal with a rusty old mortar that had been dug up in a West Vancouver backyard and used as garden ornament for more than 40 years.

During a sweep of the former Blair Rifle Range lands in February, Department of National Defence contractors found a Second World War-era mortar. It was taken to a Canadian Forces base in Chilliwack where it was detonated.

A Cypress Park woman saw the stories about mortar in the news and decided it was time to check in with the authorities about the item her father dug out of the ground at their home on the 4400 block of Piccadilly Street North in about 1970.

West Vancouver police members who have past military experience examined the 80-millimeter mortar and saw that it had no detonator but were still worried it could be packed with explosives so they called in the RCMP’s explosives disposal unit to deal with the matter.

“The mortar was seized for safe destruction which was completed Thursday afternoon,” a release from West Vancouver police stated. “The EDU says destruction of the item confirmed the mortar shell had been rendered inert and had no explosive remaining inside.”

Though the mortar turned out to be less of a threat than most garden gnomes, anyone who finds what could be an explosive device of any kind should contact police right away.

The bomb squad was in Deep Cove in late March dealing with what appeared to be an unexploded artillery shell (or possibly a fire extinguisher or scuba tank.) It too turned out to be a dud.