Courtesy of Ocean Wise Mathilde Gordon and Lucy Graham will be kayaking from Juneau, Alaska to Sooke, Vancouver Island to fundraise for ocean conservation and raise awareness of marine debris issues.
Apr 30, 2018 3:26 PM By: Melissa Shaw 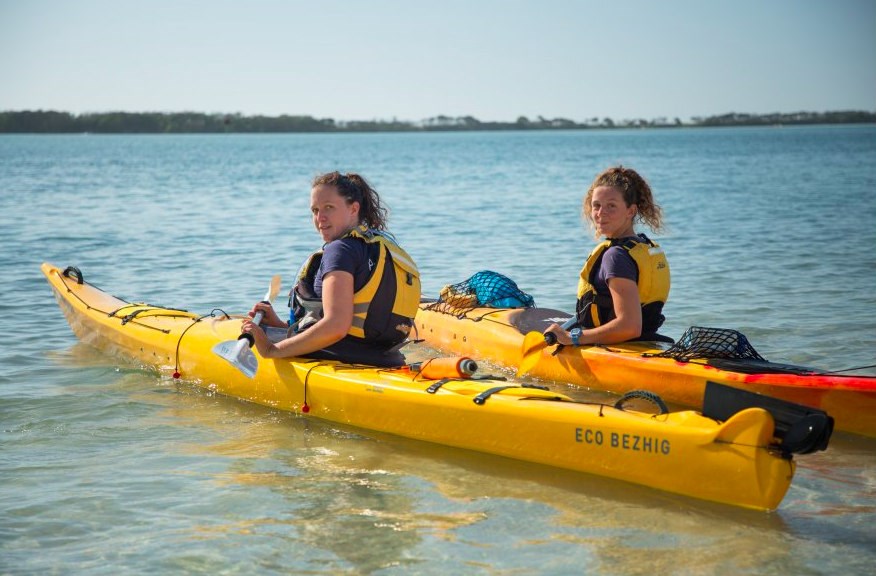 Mathilde Gordon and Lucy Graham will be kayaking from Juneau, Alaska to Sooke, Vancouver Island to fundraise for ocean conservation and raise awareness of marine debris issues.

Gordon and Graham's involvement with local conservation groups and participation in beach cleanup events led them to eliminate single-use plastics from their lives starting in 2016.

All funds raised will go to the Living Oceans Society in Canada to fund helicopter fly-ins for remote beach cleanups and similar efforts organized by the Tangaroa Blue Foundation in Australia.

Tangaroa Blue records every piece of debris recovered during the beach cleanups in its Australian Marine Debris Database. The database contains information on over 7.3 million pieces of garbage and helps to determine what is littering the beaches and where it is coming from. The organization works with stakeholders to reduce the amount of debris ending up in the ocean.

The women met while attending university in Australia but have a shared passion for travel, adventure and the environment. Graham has a Bachelor of Sustainability and Gordon studied Zoology and Ecology.

Graham traveled to Vancouver in 2009 and "laid eyes on the islands in the southern part of the Inside Passage for the first time. Since that moment, kayaking the Inside Passage has been a dream of mine," she says. The trip is expected to take three months.

There have been efforts by policymakers in Canada to ban straws and reduce the amount of plastic people use. The City of Vancouver has proposed a strategy to reduce-single use plastics that will be considered by council in mid-May. Victoria is set to ban plastic straws in July.

Canada has made reducing the use of plastic to protect the oceans a G7 priority and moved to ban plastic microbeads in bath and body products.

Gordon and Graham will be speaking about their journey and the Be Plastic Wise pledge at the Vancouver Aquarium on Tuesday at 7 p.m.

"We're really encouraging people to be adventurous and go outside because its connecting with nature that helps you appreciate the need to stop using plastics,"says Graham.