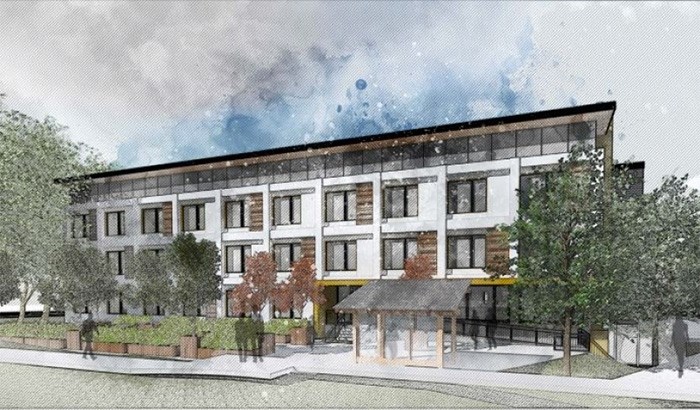 A temporary modular housing project for the homeless planned for 595 and 599 West Second Ave., adjacent to the Olympic Village Canada Line station, goes before an open house today, March 6.

The public feedback period ends March 16. Under the site’s existing zoning, the application is conditional, so it may be permitted, but it requires a decision by the director of planning.

A previous open house, where the proposal was first presented, was held at the end of January.

The three-storey building includes 52 homes, 10 per cent of which would be wheelchair accessible. If approved, the complex could be in place for up to five years, with the possibility of extending that another five years. A decision on its development permit is expected at the end of March or early April.

Abi Bond, the city’s director of housing policy and projects, told the Courier the project has attracted mixed reviews.

“There are a number of community groups in the area which are very much in support of the aim and then we’ve heard from residents that have concerns about that site, too,” she said. “… Hopefully, this next information session is a further opportunity for us to get the right information out to the public in the area.” 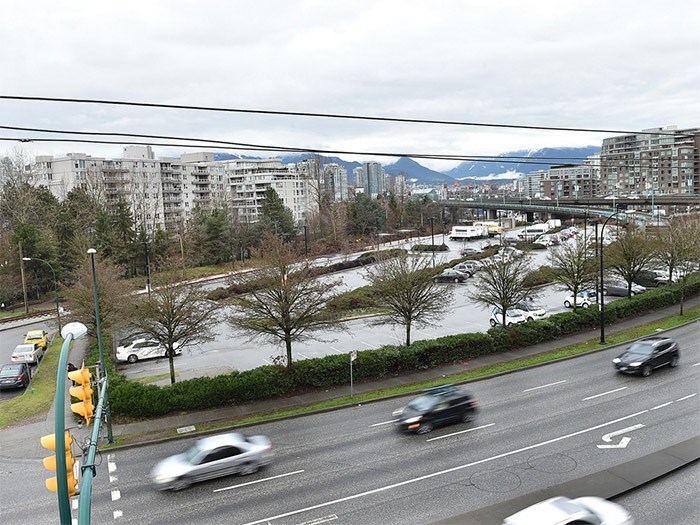 A modular housing complex is being planned for 595 and 599 West Second Ave., adjacent to the Olympic Village Canada Line station. Photo Dan Toulgoet

Concerns centre on its proximity to schools and fears about safety issues, but Bond said other feedback revealed support for helping people who are homeless in the area.

Ultimately, the goal is to build 600 modular housing units in complexes scattered throughout the city thanks to $66 million in provincial funding announced last September.

Of five sites that have so far been identified, only one complex, in Marpole, is up and running. Featuring two buildings with a total of 78 units, it opened at West 59th and Heather Street in early February. Some tenants have already moved in while others are in the process.

Construction on another one at 1115, 1131 and 1141 Franklin St. is underway. That three-storey building will house 39 units and is expected to open for occupancy in April.

The City of Vancouver announced the approval of a third, 39-unit complex at 525 Powell St. (formerly 501 Powell St.) March 6. It’s expected to be ready for occupancy in May.

Atira Women’s Resource Society will operate the Powell Street building, which is meant for women in the Downtown Eastside. Support services will include life skills training, counselling, meals and referrals to health and community-based programs. The project generated 15 comment cards at an open house, along with four emails. Those in support indicated there is a need for this type of housing in Vancouver and some called for more temporary modular housing, according to the city, while those in opposition outlined concerns about other non-profit and social housing developments nearby, for the future management of the building and its impact on the surrounding neighbourhood.

Final approval has yet to be granted for a 52-unit modular housing complex envisioned for 4410 Kaslo St., but if it earns approval it could be ready for occupancy in June.

That said, the five sites earmarked for modular housing to date will accommodate fewer than half of the 600 units planned.

Bond said announcements about more sites will be made in coming months. The city is currently doing feasibility work on options.

“When you start working on a site, there might be a reason you can no longer use it,” she explained. “We’re working on more sites than we need in order to try and hit that 600 number.”

Bond said the city is well on its way to meeting the target, but the process takes time because it includes working with land owners, making sure sites are appropriate and holding community consultation sessions.

She’s confident residents’ concerns about projects, such as those raised about the one planned for West Second, can be addressed.

“We’re obviously working with our partner, B.C. Housing. They’re picking very experienced non-profits to operate and manage these buildings who have a long, established history of working with residents who’ve been homeless,” Bond said, while adding a lot of design work has been on the inside of buildings to make sure they work for residents. Services they need are also being brought into the buildings. “We feel all of those things will make these buildings a success and that people won’t see the negative impacts that they’re worried about.”