This otter took a dip in someone's Vancouver pool on Monday

Someone caught the critter on video in a Vancouver backyard.
May 5, 2020 4:47 PM By: Elana Shepert

While it isn't to uncommon see otters in B.C. waters, one local mustelid decided to take a dip in a rather unusual spot.

On Monday, May 4, Jasmine Sallay-Carrington shared an Instagram story of a river otter swimming in a backyard pool in Vancouver.

At the beginning of the video, a dog is barking at a small dark creature that is swimming in the outdoor pool. Following this, someone remarks, "Oh my god - what." The otter proceeds to swim around the exterior of the pool, and stops at one point to rest on the pool ladder.

At the end of the video the otter swims into a corner, lifts itself out of the pool and runs away under the backyard fence. 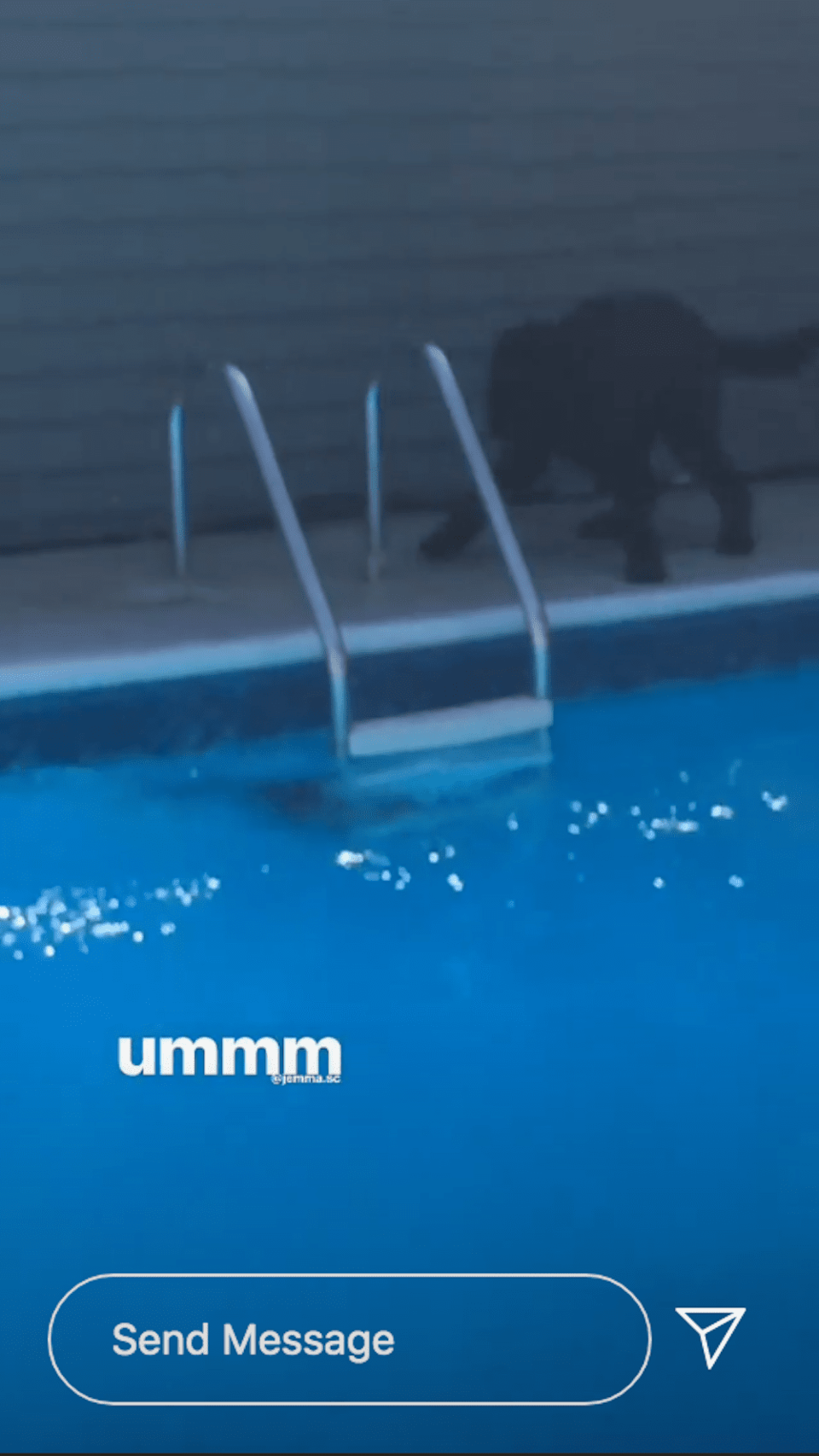 A dog barks at an otter in a pool. Photo: @jasminesallaycarrington / Instagram 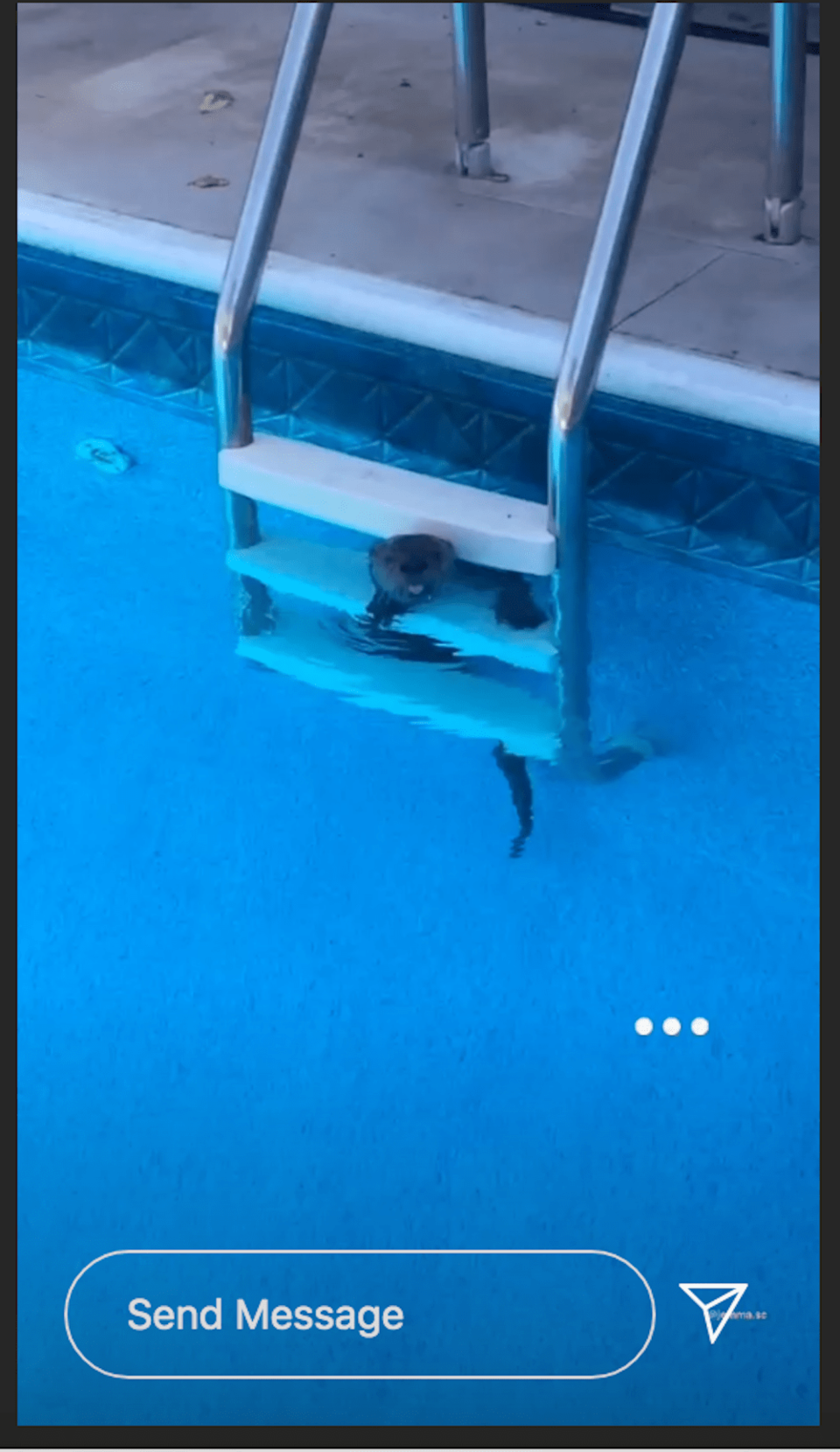 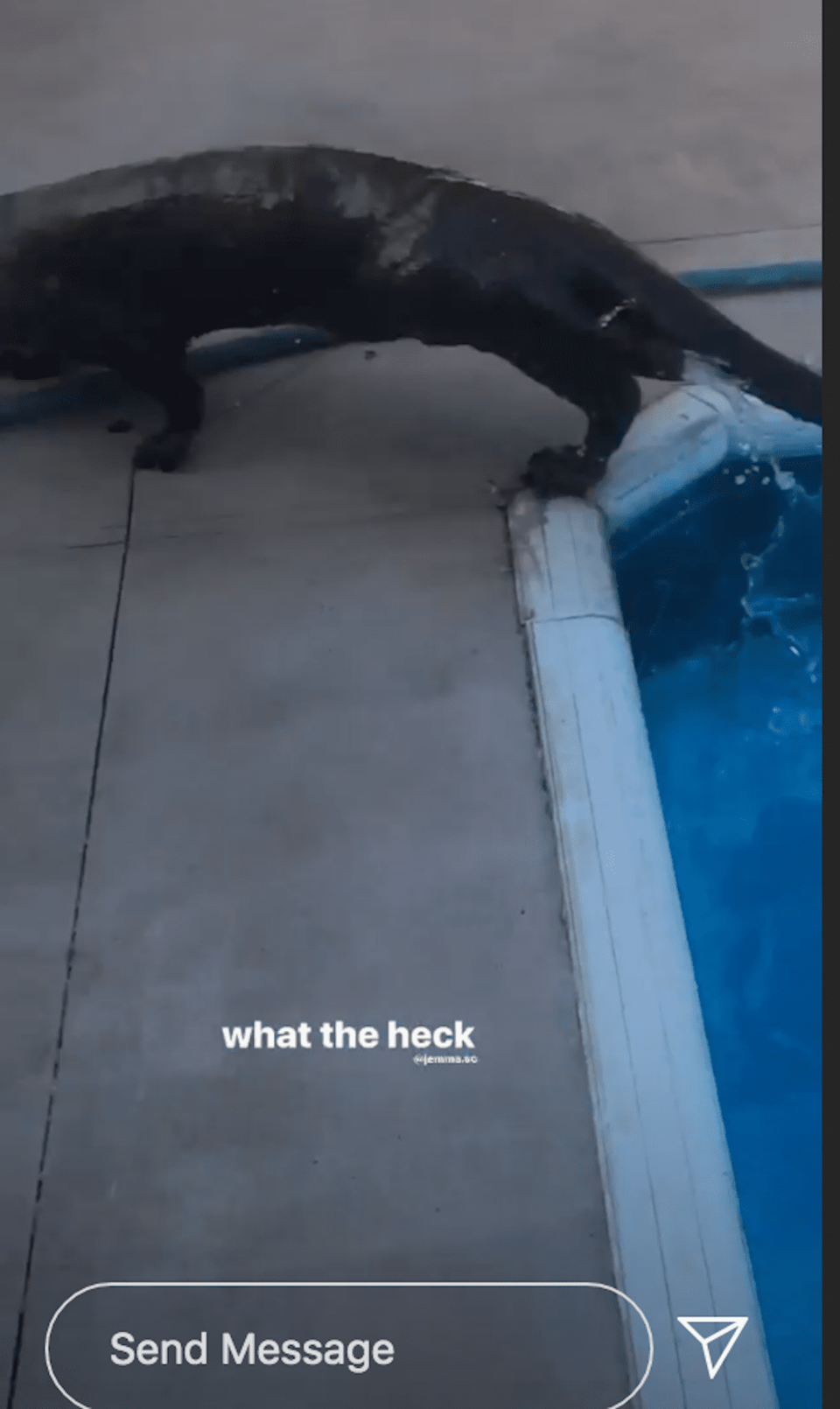 Vancouver Is Awesome has reached out to Sallay-Carrington for more information and will update the story when it becomes available.

Remember the rogue river otter with a taste for valuable koi carp that made a home in a classical Chinese garden in downtown Vancouver?

Last year, the Vancouver Park Board announced that the Dr. Sun Yat-Sen garden pond had to be temporarily closed again due to the appearance of an otter in the pond. Whether it was the koi-crazy mustelid or another pesky critter has yet to be determined, but one thing is certain: these creatures are difficult to catch, and they aren't shy about exploring new waterways.