Park board motion aimed at women’s safety at big events

Park board commissioner Catherine Evans is bringing forward a motion next week aimed at increasing safety at concerts and major events in the city.
V.I.A. Mar 11, 2018 12:08 PM 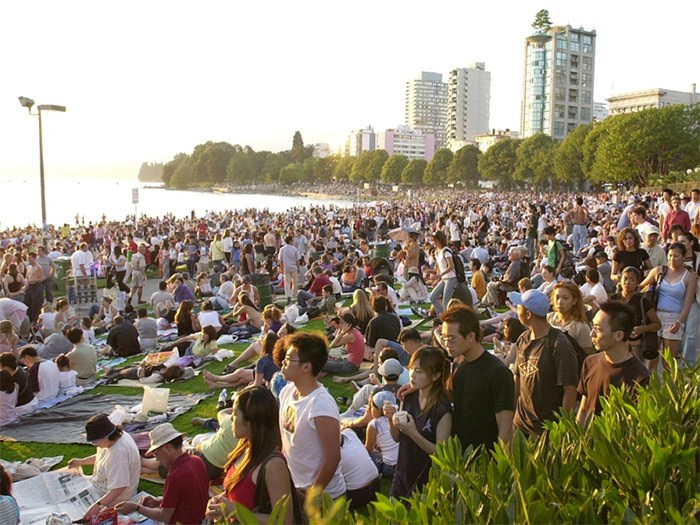 Park board commissioner Catherine Evans is bringing forward a motion next week aimed at increasing safety at concerts and major events in the city. Photo Dan Toulgoet

Park board commissioner Catherine Evans is bringing forward a motion next week aimed at increasing safety at concerts and major events in the city.

Evans’s motion, which is on the agenda for Monday night’s board meeting, calls for the park board to develop a policy that would require safety measures for women and other vulnerable groups be included in future contracts with event organizers, and to encourage organizers of events that have already been approved to adopt such measures on a voluntary basis.

“I am aware from previous media reports coming out of particularly Montreal that women have had sometimes not good experiences at music festivals and the combination of alcohol and music and dancing — all those things can lead to cause women to be more vulnerable to unwanted sexual attention and groping and things like that,” Evans said.

Evans, who is a member of Vancouver’s women’s advisory committee, said she also wanted to introduce the motion following the city’s approval earlier this year of the new women’s equity strategy.

“So I just started doing a little bit of research and learned it’s fairly more widespread.”

A survey released last spring by the Montreal Women’s Council, the Conseil des Montrealaises, found that over 50 per cent of women who attend festivals report being sexually harassed. The study was conducted following a high-profile incident at the annual Osheaga music festival in 2016 where a festival goer said that her reports of someone slipping a drug into her drink were disregarded by event security.

“The good news is there is lots of positive change happening and there are things that event organizers can do proactively to reduce the risk of violence but also to make women feel that they’re not ignored or alone if they do bring a concern to the organizers attention,” she said.

If approved, Evans’s motion would see the park board institute a policy that would require organizers to include a violence prevention strategy in the planning of an event, provide training for staff and volunteers and provide a safe place that people can use if they’ve had a bad experience.

“We can build that into our contracts and make sure organizers are putting some attention to safety, not only for women but for other people as well,” she said.

“They may already have them because it’s becoming best practice but I just want to make sure that we’re doing our due diligence to make sure,” Evans added. “It’s just one more thing to make sure that events run well and that everyone has a really great time.”

Stacey Forrester, Good Night Out Vancouver coordinator, a group that is dedicated to providing venues and event organizers with the tools to respond to and prevent harassment and sexual assault, said the proposal is something the group has been pushing for.

“I’m so happy Catherine has put this forward,” she told the Courier. “I think it ties in nicely with the gender equity update.