The ride is the park's largest investment to date.

Playland is getting a new roller coaster and it will be the fastest of its kind in Canada.

Friday morning (Nov. 4),  PNE President and CEO Shelley Frost unveiled renderings and a video of the proposed ride which is set to have a launch acceleration of 1.3 G.

“This is an incredibly exciting day,” she said in a news release. “We know that the new coaster will be an impressive addition to Playland’s ride roster and we are looking forward to introducing it to our guests in 2024.”

The ride is being designed and built by Italian manufacturer Zamperla and will cost a reported $9 million, marking the park's largest investment to date.

Construction will begin next year on the yet-unnamed attraction, which will take the place of the retired Corkscrew Coaster.

The impressive ride operates on a linear synchronous motor (LSM) and is currently being referred to as the LSM Launch Coaster but an official name is in the works, according to the PNE.

“We are thrilled to be providing Canada’s fastest launch coaster to Playland at the Pacific National Exhibition,” said Zamperla CEO Antonio Zamperla. The company also built the Skybender attraction that opened at Playland earlier this year.

The ride itself is relatively small with only one train comprised of three carts that can only accommodate 12 passengers at a time.

The PNE promises to provide regular updates throughout the construction period with a completion goal of 2024. 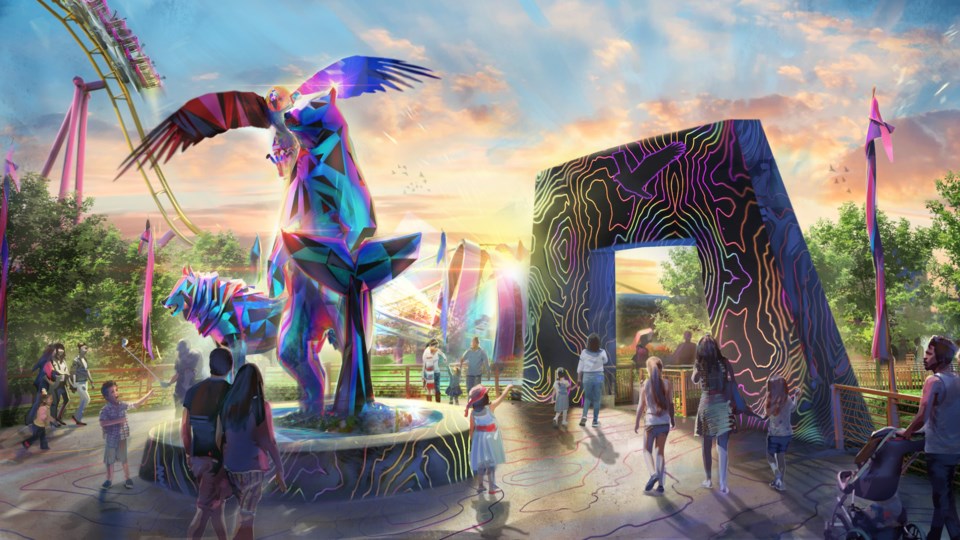