The College of Midwives of B.C. has tightened up an injunction against a rogue birth attendant who went to jail in 2002 for violating a court order by managing several home births – including one that ended in an emergency caesarean section at Burnaby Hospital.
Cornelia Naylor Oct 29, 2018 6:27 AM

The College of Midwives of B.C. has tightened up an injunction against a rogue birth attendant who went to jail in 2002 for violating a court order by managing several home births – including one that ended in an emergency caesarean section at Burnaby Hospital.

Gloria Lemay, who describes herself as a “birth attendant,” “midwifery educator” and “childbirth activist” on her blog: Wise Woman Way of Birth, has been locked in a battle with the College of Midwives since 1996, when the Health Care Professions Act designated the College as the regulatory and licensing body for midwives in the province.

Lemay opted not to join, and, soon after the College registered the first midwives in B.C. in 1998, she was ordered to stop calling herself a midwife and stop performing specific procedures reserved by law for licensed midwives.

Lemay had neither, but she continued to practice even after the college was granted a permanent injunction in February 2000 banning her from conducting internal vaginal examinations of women during pregnancy, labour, delivery and the postpartum period; managing spontaneous normal vaginal deliveries; performing episiotomies and amniotomies during labour; and repairing episiotomies and simple lacerations.

Lemay was also banned from charging a fee for such services.

She consented to the order but went on to assist in ten home births for a fee of $2,500 each before being caught, according to court documents.

With help from two private investigators hired by the college to infiltrate her midwifery workshops, Lemay was found guilty of criminal contempt on Jan. 4, 2002, but, before the judge had time to deliver a sentence, Lemay attended another birth in Burnaby on Jan. 29, 2002 that ended in an emergency C-section at Burnaby Hospital.

“Fortunately, the mother and baby emerged in good health but, nevertheless, as Crown counsel submits, the appellant again deliberately and flagrantly flouted the order in a situation that created risk for the mother and the foetus,” states a court ruling.

A College of Midwives press release at the time said the incident was investigated by police after the parents filed a complaint.

In delivering his sentence, Judge Richard Blair noted Lemay did not accompany the labouring mother to hospital and told the woman not to mention her name to hospital staff.

On the day of Lemay’s sentencing, however, about 100 people, including a number of parents whose babies Lemay had delivered, came to the Vancouver courthouse to show support.

She was sentenced to five months of jail and one year of probation. 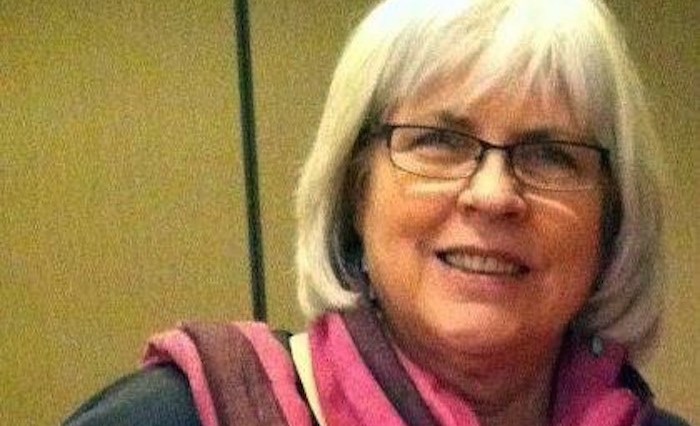 Now the college is concerned she might be at it again.

“Recent reports from hospitals and health professionals regarding Ms. Lemay's activities continue to concern the College that she may be practising as a midwife, which is illegal and would be in contempt of the injunction in place,” College registrar and executive director Louise Aerts told the NOW in an email. “Unfortunately, patients often do not feel comfortable speaking to law enforcement which makes it difficult for (the college) to pursue what may be continued unauthorized practice.”

The college applied to B.C. Supreme Court to change the wording of Lemay’s order to close any loopholes left open by changes to the Midwives Regulation over the years.

Instead of prohibiting Lemay from a list of specific procedures, the order was changed to prohibit her from all “acts reserved to registrants for the purpose of midwifery” in the regulation “as amended or replaced from time to time.”

Ward agreed the changes were necessary to make it clear “the court’s intention was not simply to prevent Ms. Lemay from engaging in the three restricted activities contained in the Regulation as it then stood,” he said. “Rather, the term discloses the court’s intention to impose a permanent and wide-ranging restriction on Ms. Lemay’s ability to engage in midwifery generally.”

Lemay, meanwhile, said she had been unaware of changes to the Midwives Regulation and said the latest run-in with the College had come about as a result of her work as a “private birth attendant.”

“There always are ‘incidents’ because, occasionally, in my work – not as a midwife, as a private birth attendant – there are times when I have to transport people to the hospital,” she told the NOW, “and so, as soon as that happens, the hospital staff turn into CSI Miami ‘Oh, Gloria Lemay’s here! Let’s report this!’ And often the police are called, and it’s just a waste of time on everybody’s part because the people that I’m working for know they can have a registered midwife; they know they have to pay me privately; they know they can get it for free from the registered midwives, and they just don’t want that.”

After years of living in Vancouver, Lemay now lives in Duncan on Vancouver Island.