The much-loved sequoia tree that stood on West 41st Avenue adjacent to the Shoppers Drug Mart in Kerrisdale for almost 90 years was removed March 3, but will eventually find a new life as benches placed along the Arbutus Greenway.
Sandra Thomas
Mar 5, 2019 4:04 PM

The much-loved sequoia tree that stood on West 41st Avenue adjacent to the Shoppers Drug Mart in Kerrisdale for almost 90 years was removed March 3, but will eventually find a new life as benches placed along the Arbutus Greenway. 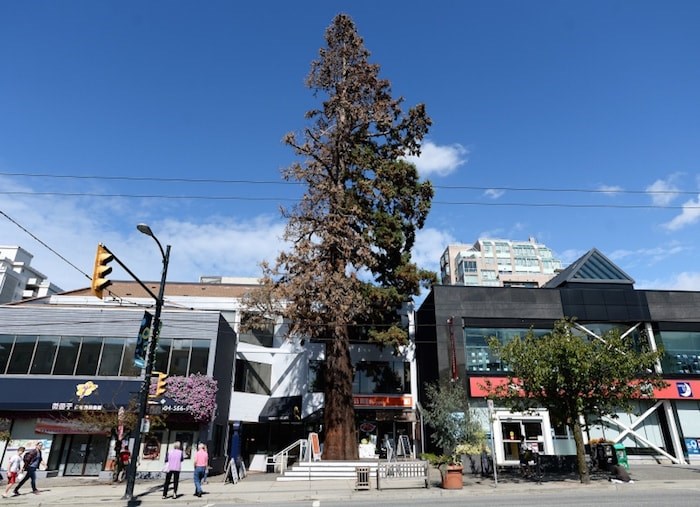 This giant sequoia tree on West 41st Avenue, a Kerrisdale landmark, will soon be removed due to its ailing health. Photo Jennifer Gauthier

As reported last September, a horticulturist had determined the tree was not only sick, but was likely already dead. At the time, Bill Trafford with TPMG Capital real estate, which manages the property on which the tree grew, told the Courier the results of the horticulturist exam were “not good.” The tree had turned red and had been dropping large pieces of bark for about two years. 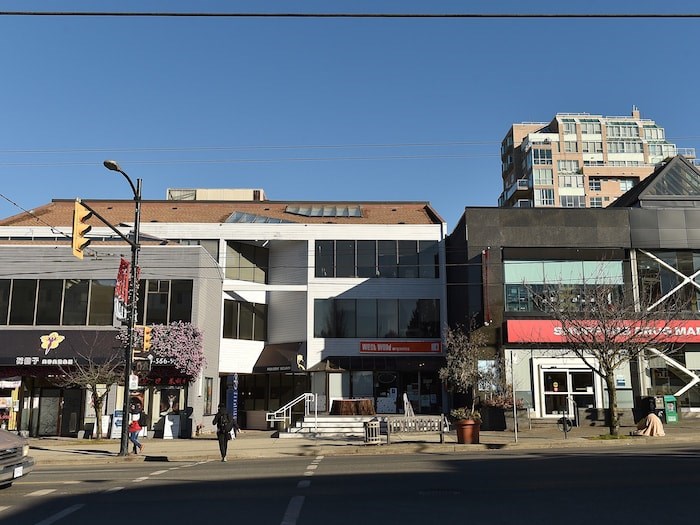 The space on West 41st Avenue where an ancient sequoia tree was removed March 3. The stump of the tree was still visible March 4. Photo by Dan Toulgoet

“Unfortunately the tree roots extend under the road and the tree has been under heavy stress,” Trafford said at the time. “We’ve had a tree company take care of the tree for several years, but it was their latest recommendation that the tree come down. A full report was forwarded to the Kerrisdale Business Association as they had concerns too…”

So on a quiet Sunday evening, the tree was cut down leaving behind a stump large enough to make a bench on its own. 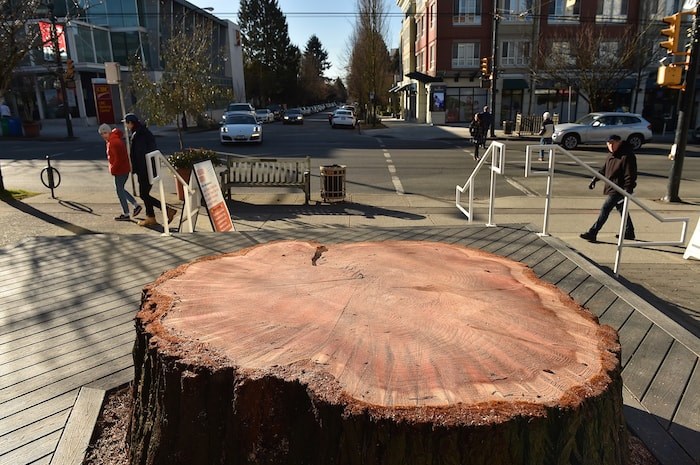 This large stump is all that remains of a historic sequoia tree that stood in Kerrisdale for almost 90 years. Photo by Dan Toulgoet

Clark said the association has asked the head shop teacher at Magee Secondary to use the wood — once it’s been milled — as a major project for his senior students next year. Eventually the two benches they’ve been asked to create will be placed at the Kerrisdale crossing of the Arbutus Greenway.

“We intend to affix a modest plaque on the benches to give reference to this once woody sentinel that was at the village’s heart for 90 or more years,” said Clark. “It seemed appropriate to me that it’s heart would remained with the community that was heartbroken at its demise.” 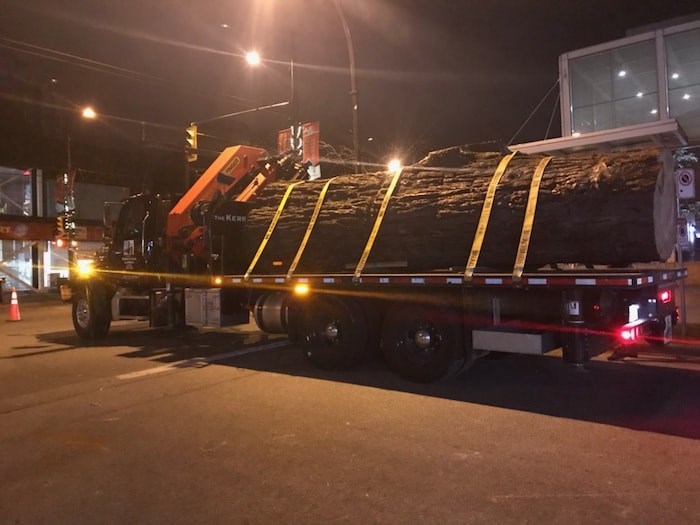 A note about the sequoia on the association’s website from last September, read in part, “the response of Kerrisdale’s populace has been amazing; so much love and concern for a stately wooden sentinel reminiscent of a time when the surrounding neighbourhood was only forest.”