Jaspreet Bal, an educator and member of the board of directors of the Sikh Feminist Research Institute, is pictured in a handout photo.
The Canadian Press Mar 11, 2018 12:00 PM 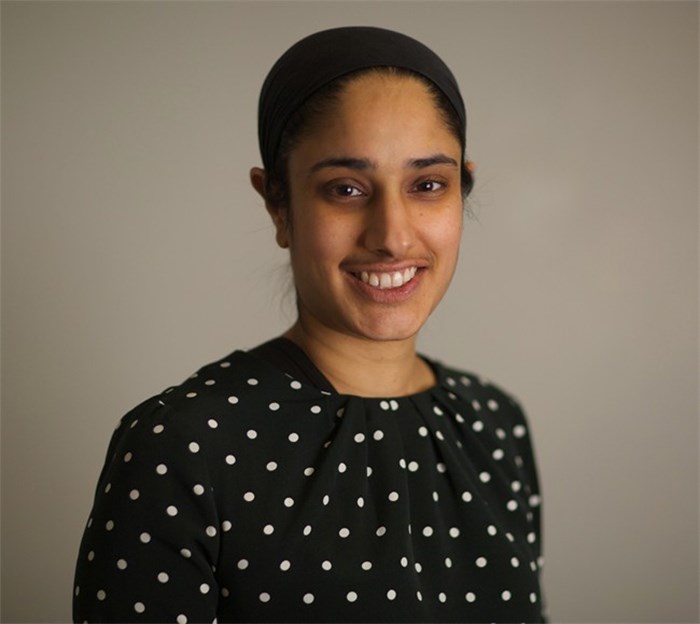 Jaspreet Bal, an educator and member of the board of directors of the Sikh Feminist Research Institute, is pictured in a handout photo. Jaspreet Bal was eating lunch with friends in rural Ontario when she says a “kind, well-intentioned” white man approached them to chat. He asked about her background, and she replied she was Sikh. “Oh yeah, Air India,” he said, recognition flashing in his eyes. THE CANADIAN PRESS/HO-Jitinder Singh

Jaspreet Bal was eating lunch with friends in rural Ontario when she says a "kind, well-intentioned" white man approached them to chat. He asked about her background, and she replied she was Sikh.

Bal was born in 1985, the same year that Sikh militants bombed Air India Flight 182, killing all 329 on board. It was, apparently, the man's only point of reference for her religion.

"It's really frustrating," she said. "It's something that wasn't OK that it happened, but it will haunt us forever. Nobody stops to make the distinction that it wasn't representative of the entire community."

The 32-year-old Humber College instructor is among those Sikh Canadians who are dismayed by the narrative that emerged during Prime Minister Justin Trudeau's recent trip to India as Canada was accused of harbouring Sikh extremists.

The problem, said several outspoken and politically active Sikh Canadians, is that there is no hard evidence of rising radicalism in the community. Incidents such as Air India and the murder of Indo-Canadian journalist Tara Singh Hayer happened decades ago, and those who support an independent nation known as Khalistan today do not advocate violence, they say.

There are roughly 500,000 Sikhs in Canada. Some fled violence in India in the 1970s and '80s. After prime minister Indira Gandhi ordered an attack in 1984 on the Golden Temple, Sikhism's holiest shrine, her Sikh bodyguards assassinated her, prompting anti-Sikh riots that have since been labelled a genocide by Ontario's legislature.

Every Sikh has their own views on a sovereign homeland, but there's no violent movement at this time, said Mukhbir Singh, president of the World Sikh Organization of Canada, which describes itself as a human rights and Sikh advocacy group.

"Our concern is that Canadian Sikhs speaking out on human rights is being mislabelled or made equivalent to extremism," he said.

Often cited as evidence of radicalism are the photos of Talwinder Singh Parmar and other alleged Air India masterminds that hang in a small number of temples and are displayed by some parade attendees. Singh said he cannot speak for those who show the photos but Sikhs reject violence and extremism.

The Indian government floating accusations that Canada is soft on Sikh terrorists is nothing new. In 2012, former prime minister Stephen Harper pushed back at the suggestion, saying his government keeps a close watch for extremist threats, but simply advocating for an independent Sikh nation is not a crime.

Canadians should question why India has repeatedly pushed this narrative, said Singh. The country is led by Prime Minister Narendra Modi's right-wing Bharatiya Janata Party, which has connections to Hindu nationalists.

"I almost feel like this obsession with Sikhs shows that India is almost threatened by Sikhs in the diaspora," said Singh. "This hard-working community that ... is ever watchful of India's human rights track record, I think it views that as a risk or threat to itself."

Trudeau, whose cabinet includes four Sikh ministers, said during his trip that Canada stands against extremism but its diversity of views is one of its strengths. The visit was overshadowed by the attendance of Jaspal Atwal, convicted of attempting to murder an Indian cabinet minister in Canada in 1986, at a reception in Mumbai. His invitation to a New Delhi event was rescinded.

The prime minister ultimately signed a framework with Modi that includes increased collaboration between police and security agencies of both countries, which the World Sikh Organization has said could jeopardize the lives of Canadian Sikhs or their families in India.

Chantal Gagnon, a spokeswoman for Trudeau's office, said the prime minister would never equate the Sikh community or any one community with extremism, but the government condemns all forms of terrorism. Canada and India collaborate on a broad range of issues including security, she said.

Kulvir Gill, a 41-year-old Brampton management consultant and father of two, said he's faced questions in recent weeks from non-Sikh colleagues and friends, including: "What's going on with your community? What are you guys all about? Is this who you are? Is this what you do behind closed doors?

"So, all of a sudden the entire community is being painted with the same brush. It's very unfair, it's very unfortunate," he said. "I think this, I'll call it a smear campaign, has really disillusioned a lot of Sikh Canadians."

He said Trudeau walked into an "ambush" when he visited India but he could have done more to defend the community.

"The Sikh community is really taking stock," he said. "I think we're going to be questioning who really stands up for the concerns of the community and who should we be aligned with going forward."

Arundeep Sandhu, who works in the construction business in Edmonton and has held positions with Alberta's now-defunct Progressive Conservative party, said there have been no examples of Sikh extremism over the past two decades.

He said there's no real organized movement for Khalistan in Canada and the discussions he hears in the community are much more about how to be a Sikh in the 21st century and how to share the values of the religion with neighbours.