Aptly named "The Stealth Stout Glass,' the sneaky vessel allows drinkers to conceal everything from lagers and ales to pina coladas and martinis.

With St. Patrick's Day quickly approaching, many Vancouverites are planning for a day of drunken merrymaking and emerald-hued mischief.

Of course, the official drink of Paddy's Day celebrations is Guinness - there simply isn't a more Irish beverage on the planet, and the dark-coloured stout is beloved far and wide.

With that being said, not everyone cares for the taste of Guinness. In fact, some people actually despise the taste of it. As a result, many people opt out of sipping the traditional drink on St. Patrick's - but they often do so to the dismay of their friends and family, especially if they are Irish.

In order to partake in the joyous festivities but forgo the scorn of Guinness-lovers, a couple of local creators have designed a pint glass that looks like you're drinking a Guinness.

Aptly named "The Stealth Stout Glass,' the sneaky vessel allows drinkers to conceal everything from lagers and ales to pina coladas and martinis. 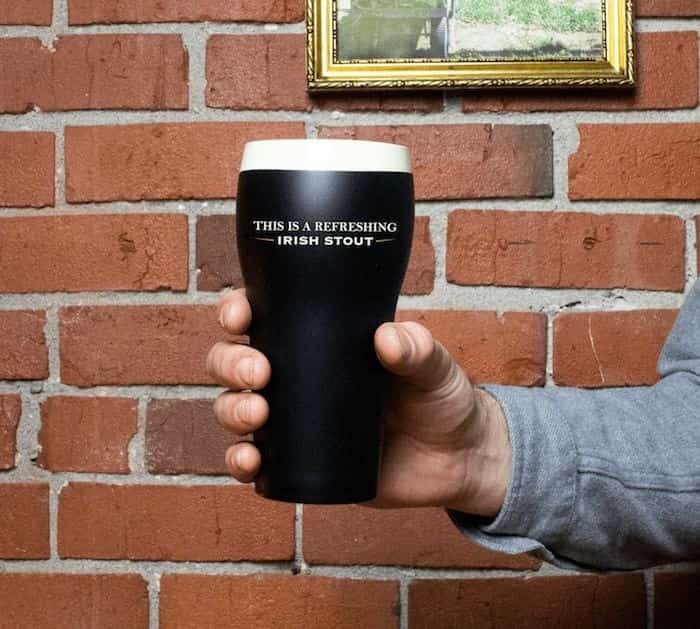 Jack Finn and James Hearn are the creative forces behind the crafty cup, which they claim might appeal to Vancouver's sizeable Irish population.

"If you've been shamed by family and friends, deported from Ireland or cast out for admitting you don't enjoy a particular Irish stout, we're here to help," reads The Stealth Stout.

"The Stealth Stout Glass is the perfect ploy to gain respect from your peers in the pub."

The website goes on to provide testimonials from people who've tried the sneaky sipper and had great success. For instance, one person exclaims that, "I can finally enjoy being Irish again!" while another remarks that his father will speak to him again.

Of course, all of this is meant to be tongue-in-cheek, and it definitely provides some laughs. And, who knows, perhaps it will even mend some broken relationships along the way, too.