A Vancouver woman explains how living with disablities makes her anxious about the transit strike as it is her sole means of transportation. 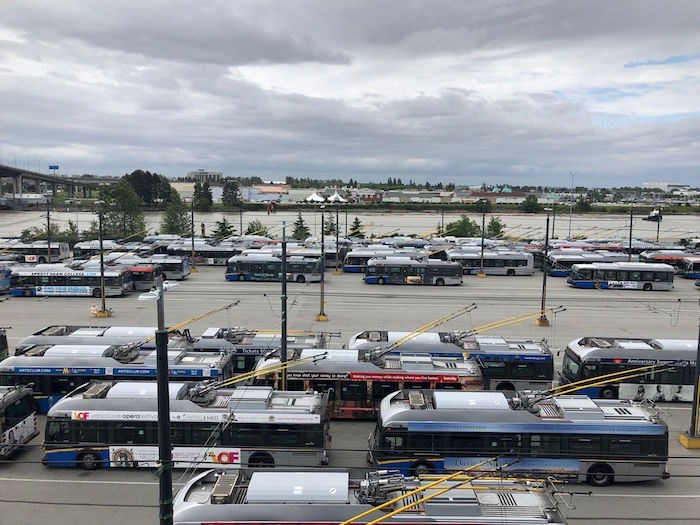 As Unifor, the union representing bus operators and transit maintenance workers, enters Day 18 of a labour dispute with Coast Mountain Bus Company, many locals are feeling decidedly anxious about their daily commutes.

For people living with accessibility challenges, however, public transit is critical. Not only does the transit system allow people with disabilities to commute, but it is also important for those who rely on caretakers.

Vancouver Is Awesome spoke to Laurie Edberg, 53, who is an admin for a group called Friends with disabilities & their caregivers in BC,Canada on Facebook, about some of her concerns, as well as those of her friends.

"This affects thousands of people across Vancouver and the Lower Mainland," says Edberg. "The transit strike will make it difficult to get to meetings, events, and appointments."

Edberg notes that while she doesn't have a caregiver, there are many people in the Lower Mainland that rely on them for everything from shopping to bathing to preparing meals. In addition, she remarks many people arrange appointments with specialists that are booked months in advance. As such, if they miss their appointments, they might not be able to rebook in the near future.

"As the strike continues, able-bodied people will become more frustrated. When they see someone coming on the bus in a wheelchair, they are often annoyed, and sometimes confrontational," she says.

Edberg adds that buses are already packed, and that she doesn't always feel comfortable getting onto an overcrowded bus. She's written a letter to Premier Horgan, asking the B.C. government to step in.

V.I.A. spoke to Justina Loh, Executive Director of Disability Alliance of BC, who described some of the challenges people with disabilities face taking public transportation.

"People with disabilities and mobility issues are anxious and scared," described Loh. "Many people are low-income and they don't have any other options - they rely on transit. Their caretakers rely on it, too."

"Before the transit strike was announced the system was already overcrowded."

As a result of overcrowding, Loh explains how people using wheelchairs are often not picked up. They may have to wait for numerous buses to pass by before they will be picked up, which may be in the cold or in the rain.

HandyDART services are not affected by the strike, as its workers are part of Unifor 333.

Currently, TransLink has listed a whopping 422 advisory alerts under its ‘bus’ section. Of course, some of these are scheduled detours, and a few are due to traffic, but the vast majority are cancelled as a result of the transit strike.