Vancouver councillors consistent in call for cut to police budget

Mike Howell
Jun 8, 2020 7:54 PM
Five city councillors say the Vancouver police department needs to trim one per cent from its $315 million operating budget to fall in line with other city departments that cut costs to offset revenue loss related to the pandemic.

At the same time, councillors are calling for a wider discussion on the public’s call to “defund police,” a people-driven campaign that has reverberated around the globe since George Floyd died May 25 at the hands of Minneapolis police.

Councillors say they have received “hundreds” of emails in recent days to defund police, many coming in form letters from outside Vancouver, but others from residents who have called for the VPD’s budget to be cut in half.

“The larger conversation I now hear the public asking for is about whether there is work that is currently being done by police that is better suited to other city staff, or other community organizations,” said Coun. Christine Boyle in an email to Glacier Media Monday.

“That’s the big, worthwhile conversation that I think we have ahead of us, and it’s likely to be much more challenging than a conversation about a one per cent reduction.”

For now, the lingering issue of a pandemic-related budget cut is more pressing for council, with the police board not budging from its position to cut the budget by one per cent.

In a June 2 letter to council, which was obtained by Glacier Media, the board reiterated its earlier position from April that it refuses to trim the budget by one per cent, saying it would be detrimental to public safety.

This time though, the letter’s author and board member Barj Dhahan makes reference to Floyd’s death and the subsequent demonstrations in Vancouver “which will have a considerable impact on our budget.”

“The board has carefully considered the implications of council’s motion, and remains firm that protecting the well-being of the community through adequate resourcing of our police department is paramount, in particular during these uncertain times,” said the letter, noting the department has incurred approximately $2.3 million in costs associated to the pandemic.

Floyd’s death came after the board initially pushed back against council for its May 13 in-camera decision to request the VPD reduce its budget by one per cent — a process that was criticized by some councillors, saying the vote and debate should have occurred in public. 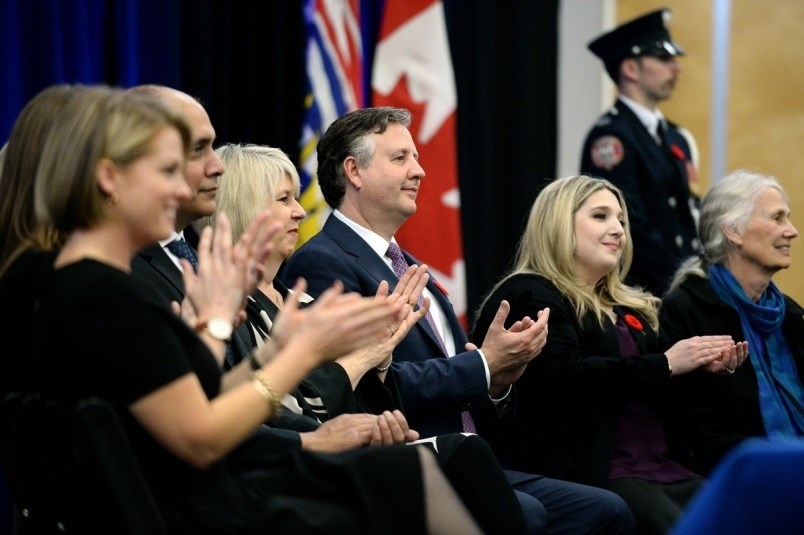 Both Mayor Kennedy Stewart and Police Chief Adam Palmer have said they were unaware such a vote was to take place, with the chief concerned about transparency and his inability to argue against the cut.

Stewart and councillors were not legally able to share their votes from the in-camera meeting, but at least five are now stating their positions in light of the board’s June 2 letter going public.

Councillors responded to Glacier Media via email or in telephone interviews over the weekend and on Monday. They weren’t asked to respond how they voted in-camera — although some did — but to the question of whether the VPD budget should be cut.

The mayor previously told Glacier Media in an interview that he understood both sides of the argument, saying he thought as mayor that all departments should do their part to cut from budgets. At the same time, he said, he understood the chief's concerns.

Councillor Melissa De Genova said she supported the VPD's budget while Sarah Kirby-Yung was more nuanced in her response; both councillors are married to VPD officers.

Boyle said she supports a one per cent cut to the VPD budget, noting the city has experienced enormous financial pressures because of COVID-19.

“Council asked the VPD to suggest how they could find savings during this financial crunch,” she said.

“They declined to do so, and so we responded by instructing them to make a one per cent cut. Considering reductions in traffic, in tourism, in nightlife and more during this pandemic, a one per cent reduction seems entirely reasonable.”

“Considering how many policing resource-heavy events like sports, fireworks, and weekends on the Granville Entertainment District are not happening, it’s safe to assume there are already reprioritizations occurring with VPD operations and with that an opportunity to find savings,” Fry said in an email.

Swanson: “I support the one per cent cut. I think it can be done without staff cuts. The city’s budget is down by millions. We’ve laid off hundreds of other workers. Police have less work because there’s no festival of lights, Granville entertainment district [issues], etc.”

To the wider issue of defunding police, Swanson said council has received hundreds of emails calling for the council to defund the police.

“Hundreds,” she said. “I’m thinking it would be good to push to reorganize things so people in the community are funded to do a lot of the non-crime work that the police are currently funded to do. This is what people are clamouring for.” 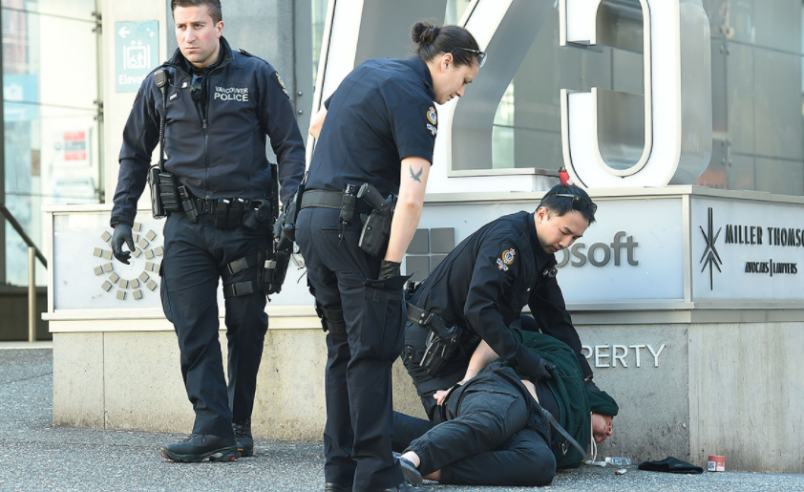 Coun. Michael Wiebe said a one per cent cut to the VPD budget would have helped support some of the city’s “critical community needs,” including the continuation of food security programs.

“We all know that COVID-19 has changed Vancouver forever and that we now need to implement the well-being budget framework that council voted on last year,” Wiebe said.

“Council must step up and set new priorities that fit within this framework to ensure that our next budget improves the social equity, well-being and resiliency in this city.”

Commenting “in general terms,” De Genova said she supports the VPD budget, noting the department has not had staff increases for more than a decade and “are still trying to catch up.”

“The city is in a difficult financial situation and the foundation of our decisions must be grounded in delivering core services — the mandate and responsibility of the City of Vancouver,” she said in an email.

“In our budget, this includes delivering on water, sewer systems and funding for public safety, including the VPD.”

De Genova said she found it “interesting and ironic” that the same councillors calling for a one per cent cut are the ones who recently introduced motions that police have said would require more resources for them to police.

De Genova didn’t name the specific motions, although council dealt with several in the past couple of weeks related to policies around allowing booze in public spaces, on beaches and in parks — a move that concerned Deputy Police Chief Howard Chow, who noted the department’s current problems with liquor being illegally consumed throughout the city.

“If we expect the police in our city to keep us safe, then we should consider their expert opinion,” De Genova said.

“The last time the VPD were expected to deliver increased service and find these resources within their stretched budget, we saw the 2011 riot in Vancouver.”

Added De Genova: “I would say to my colleagues who are looking at the USA and recent cuts to the police as an example to their argument to support cuts…is the United States an example, or outcome you aspire to? For me, the answer is no.”

Coun. Lisa Dominato said the budget discussion with the VPD was “botched,” arguing it should have been done as part of an overall transparent budget review. It’s not the way, she said, you work collaboratively with your civic partners.

“However, all departments should look for savings during challenging fiscal times,” Dominato said.

Kirby-Yung echoed Dominato’s concerns about council’s request to cut the VPD’s budget was done behind closed doors, without input from the police chief. She wouldn’t say whether she supported the one per cent cut.

“I just don’t think that’s the way forward on conversations, and I think conversations like this need to happen, but we are not setting ourselves up for success as a city in the way this is rolling out,” she said by telephone.

“I don’t think it’s good for anybody, and it’s not supporting healthy discussion and healthy outcomes around impacts or consequences.”

On the wider issue of the call to “defund police,” Kirby-Yung said she had concerns about the impact of such a move, and what that would mean for changes to policing, which involves responding to calls for people in crisis.

“Is it realistic for a social worker to attend a call instead of a police officer, and what type of call?” she said.

City manager Sadhu Johnston, meanwhile, expects the police department to make the cut to its budget.

“The VPD budget for 2020 was approved by city council in December 2019 as part of the approval of the overall city budget,” Johnston said in a statement Monday.

“The city centrally manages operating and capital cash flow for the city, including the VPD, Vancouver Public Library and Vancouver Park Board. It is the city’s expectations that the VPD will comply with the council directive to reduce their spending to address the COVID pandemic budget pressures.”

Vancouver councillors Rebecca Bligh, Colleen Hardwick and Adriane Carr did not respond to Glacier Media's requests Monday for an interview, or respond to emails sent Saturday.