Petition calls for the removal of Gassy Jack statue in Gastown

"This is not the kind of person we should be upholding and honouring, a pedophile’s likeness should not be prominently displayed in the centre of Gastown for fun tourist photo ops. "

Vandals have defaced a statue of Gassy Jack in Vancouver's Gastown with red paint, which has sparked a conversation about the controversial figure.

According to a short film entitled "Red Women Rising" by the Battered Women's Support Services, Jack Deighton, known as "Gassy Jack," violated a 12-year-old Indigenous girl by taking her as his child bride.

As of 6 p.m. on June. 16, a petition calling for the removal of Deighton's likeness has gained 1,400 signatures.

Josh McKenna organized the Change.org petition, and he writes that, "Deighton took a 12 year old Squamish girl to be his wife at the age of 40, impregnating her with his child at her young age.

"This is not the kind of person we should be upholding and honouring, a pedophile’s likeness should not be prominently displayed in the centre of Gastown for fun tourist photo ops." 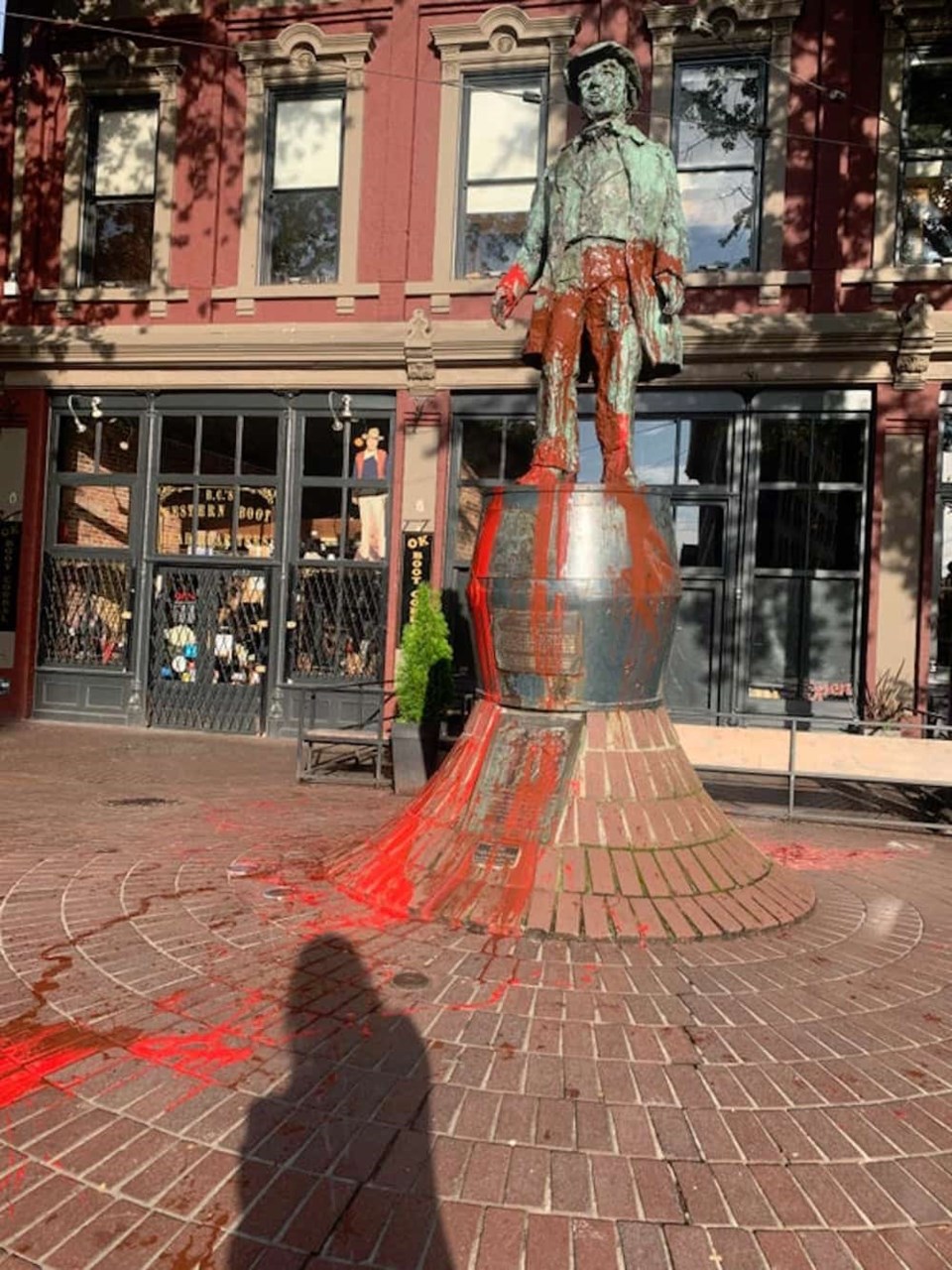 Vancouver Police Spokesperson Sgt. Aaron Roed tells Vancouver Is Awesome in an email that VPD are currently investigating the incident. However, he can't provide any additional details because the incident is still under investigation.

In "Red Women Rising," the narrator explains how Gassy Jack was married to an Indigenous woman whose name is "lost to history." They add that he purchased the woman's niece - 12-year-old Quahail-ya - to act as his "wife".

"Gassy Jack's statue still standing there commemorates and celebrations the ongoing devastation of First Nations people, our laws, our land, our rights, and mostly our women," says the narrator.

"When I see that statue standing there it enrages me, it offends me, it insults me, it hurts me and it motivates me to keep doing what I have to do to become one of those red women rising."