What is this Metro Vancouver animal that looks so much like a beaver but isn't one?

How is that not a beaver?

Have you ever seen a small beaver somewhere in Metro Vancouver?

If you didn't get a close look, it might not have been a beaver.

Muskrats (Ondatra zibethicus) look strikingly similar to beavers, albeit smaller and with some notable differences.

Megan Manes, Public Environmental Educator at the Stanley Park Ecology Society (SPES), tells Vancouver Is Awesome that the two animals share a great deal in common but there are ways to tell them apart.

While they are both brown, semi-aquatic rodents, the SPES conservation technician noted that their tails are completely different. Beavers have wide, flat tails, while muskrats have thin, tapering tails. Also, beavers are larger and have more prominent ears. 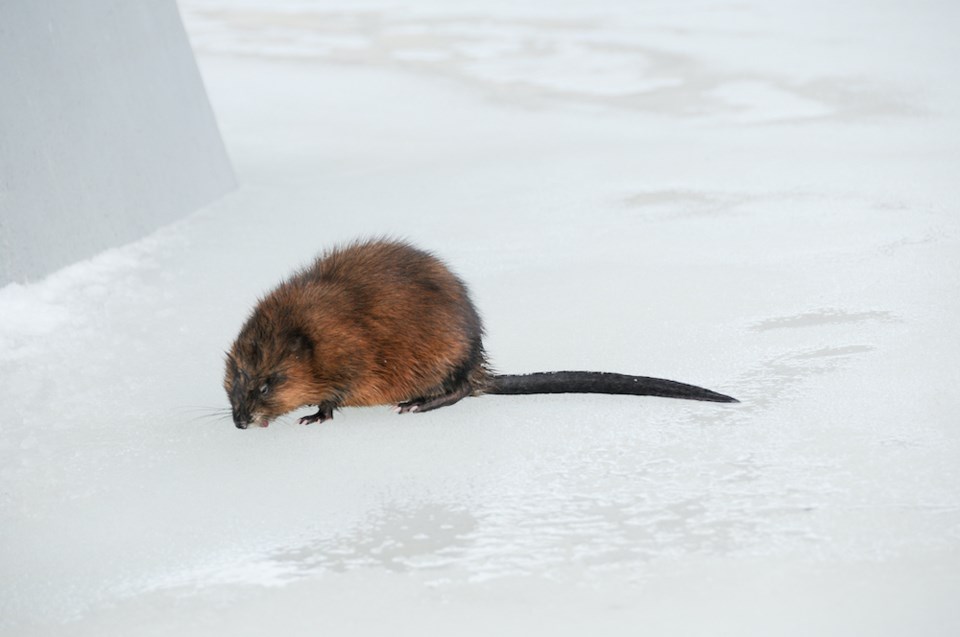 Muskrats don't build dams — but they do build domes

As winter approaches, muskrats build domes out of frozen vegetation to cover holes in the ice, explains the Alberta Institute for Wildlife Conservation. "These miniature lodges are used as resting places during underwater forays and as feeding stations."

Both beavers and muskrats are adept in the water and can hold their breath for an impressive amount of time. Additionally, both animals' teeth stick out in front of their lips so they can chew underwater without swallowing gulps of it.

A Summary of Historical and Current Occurrence Records notes that muskrats are found "present in Jericho Park, golf course ponds in Southlands area, and Beaver Lake." They were also observed at the mouth of Spanish Bank Creek and were considered abundant everywhere along the lower Fraser River.