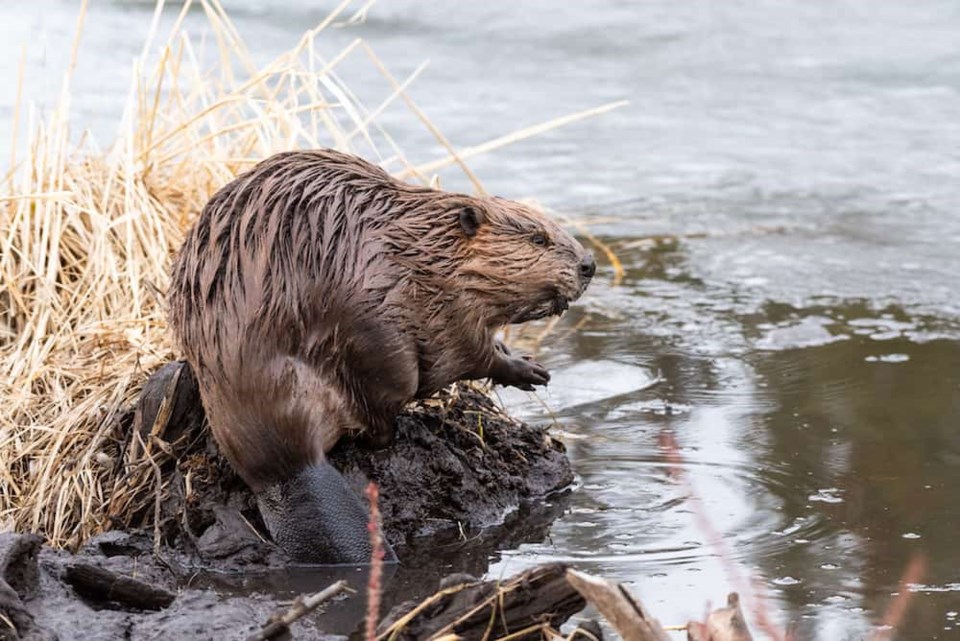 Seen mostly at dusk and dawn, the animals are shy, and it is easier to spot them if you are quiet and calm.  Photo: Beaver / Getty Images

Vancouver Is Awesome spoke to Ariane Comeau, Conservation Projects Manager at the Stanley Park Ecology Society, about the park's semi-noctural rodents, as well as what role they play in the park's ecosystem. She notes the creatures are a keystone species, which means they play a vital role in sustaining other species in an ecosystem.

"The beavers eat the water lilies, which are an invasive species in the park," remarks Comeau. "The lilies cover so much of the water, and the beavers also pool water and make it deeper."

By eating the lilies, Beavers allow more space for fish, invertebrates, and birds. More comfortable in the water, Comeau adds that they create channels while they swim. She notes that they are able to move more quickly in the water, which keeps them safe from natural predators such as coyotes and river otters. In front of the lodge in Beaver Lake, she notes that they have cleared a significant amount of lilies from the water.

Of course, the creatures also eat a significant amount of bark and grass, but Comeau states that they aren't always taking down trees. While they will take some trees down to fix their lodges throughout the year, many of them will grow back. She says that willow and aspen trees grow back new shoots after they've been felled by the pond dwellers, and they've even adapted to prevent future attacks. Essentially, these trees produce higher concentrations of protective chemicals in their bark that ward the rodents off when they grow back. Toxic to beavers, the strong chemical cocktail is enough to deter future attacks.

As for the beavers in Beaver Lake, she notes that, "The exact provenance of the individuals is not known, but that it's possible that the adults would have traveled from nearby watersheds, possibly Capilano watershed, or the Fraser River."

"Beavers can swim for a limited time in ocean water to find a stream, and establish a territory if not already occupied by other beavers. It's possible that the current adult beavers in Lost Lagoon are offspring of the Beaver Lake's beavers."

Lost Lagoon is also home to a family of beavers, and Comeau says that volunteers counted five of the critters in the lake last year. Stanley Park has had beavers for a very long time in Lost Lagoon. According to the record, two are parents, one is a two-year-old, and the other two mammals are three years old. She notes that beavers typically leave their parents after their second year, so it is rather unusual that two of the older offspring are still around.

"In Beaver Lake we had five animals last year. One kit, one yearling, and one two-year-old," she explains. "So we think we have 10 beavers, but it is difficult to be certain because we can't see them all at once."

"And the kits are born in May and June."

Seen mostly at dusk and dawn, the animals are shy, and it is easier to spot them if you are quiet and calm.  Lost Lagoon has two lodges, but they are nearly impossible to locate. One is in the east and one is in the west, but they are hidden underneath shrubbery and trees. On the other hand, the lodge at Beaver Lake is very easy to identify.

While the beavers create open water, which is a good thing, they are also responsible for raising water levels in the park. As a result, the park has to ensure that work is done to maintain water levels so that they don't overflow. In addition, certain trees are wrapped so that the beavers do not take them, such as particularly beloved trees or ones that are close to the shore.