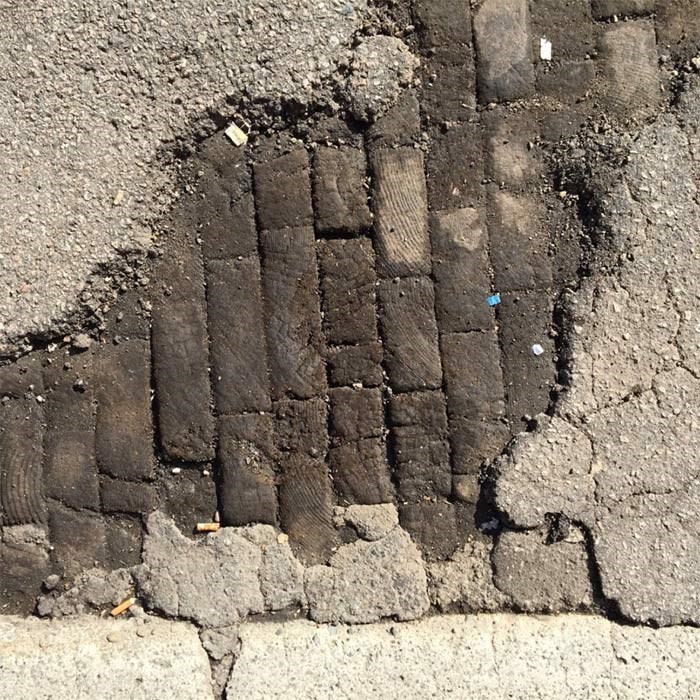 History has a way of revealing itself if you pay enough attention. Sometimes it’s just below the surface and slowly peeks out.

Such was the case this weekend when Patrick Gunn of the Heritage Vancouver Society came across some old wooden paver blocks partially exposed in the 200 block of East Georgia Street, which was formerly known as Harris Street. He said they’re about 118 years old. A few patches are now exposed in the immediate area.

Gunn said they turn up once in a while, usually in older areas of the city, although less so in the last few years.

Union Street also has them.

“Two huge piles were dug up when a new building went up — the street area next to the sidewalk when water pipes were upgraded. The paver piles, one by one, started to disappear over the week or so they were there...” he wrote in a message to the Courier, while adding, “There was a large stretch around the Urban Winery in Railtown, a fully exposed street when all the asphalt was removed, but the entire street was repaved.”

Gunn said wooden pavers were apparently economical at the time, they were easier on horses’ feet than stone paver blocks and they were quieter. He believes fir was used and soaked in creosote to expand their lifespan, but wooden pavers went out of popularity around 1910.

“It’s amazing how one can read the city by just looking down or looking up, and taking a pause to see what’s actually there, and ignoring complacency in the environment,” Gunn wrote.

('Ghost' signs — old advertising signs typically exposed during construction — are also occasionally uncovered in the city. Read a story about one that resurfaced in Grandview-Woodland in 2011 HERE.)

Gunn, meanwhile, dug up a news item from the Vancouver Daily World, dated Nov. 12, 1909, which pointed out wooden paving blocks were being stolen for fuel.

“The police department have received many complaints from street contractors that paving blocks were disappearing in large quantities and asking aid in having these practices stopped,” the news report states. “Wood paving blocks are considered a splendid fuel for the stoves, requiring no cutting and besides being fine and dry make a hot fire.” 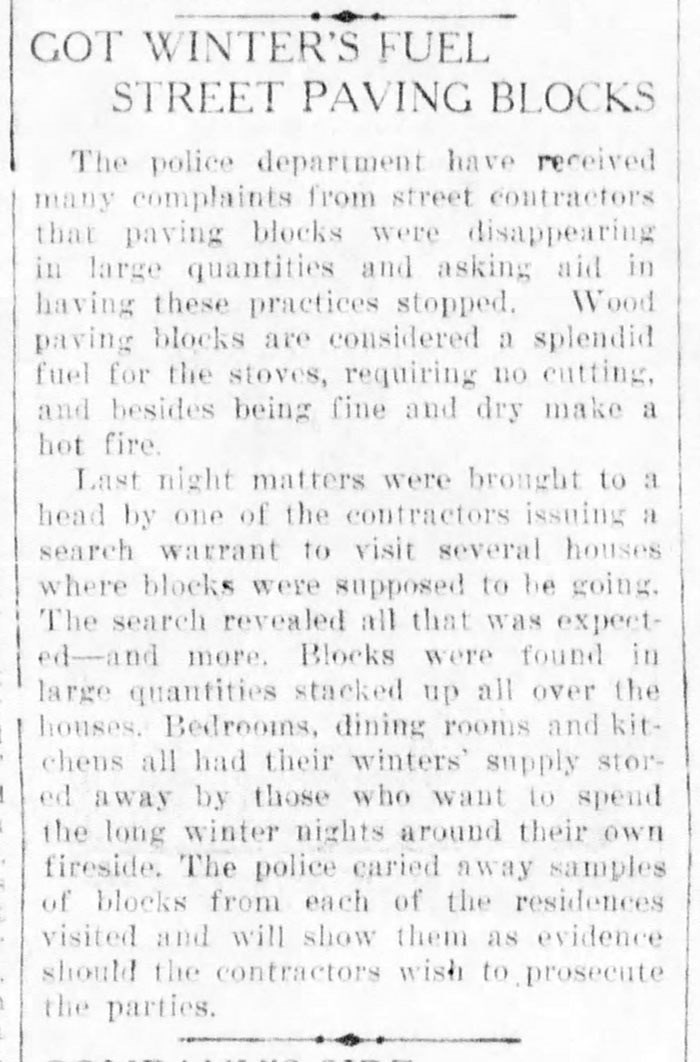 An article about wooden pavers from Nov. 12, 1909 in the Vancouver Daily World. Courtesy of Patrick Gunn, Heritage Vancouver Society