Aurora borealis with silhouette standing man on the mountain / Shutterstock

Metro Vancouver will be offered a great chance to see the northern lights on Friday night and early Saturday morning.

That’s mostly due to a solar flare that belched ionized solar wind towards Earth on March 20. When it hits the earth on Friday night, March 22, it will bend around the planet’s magnetic field, concentrating its power at the poles.

The solar flare has prompted the NOAA’s Space Weather Prediction Center to issue a G2 or moderator geomagnetic storm watch. 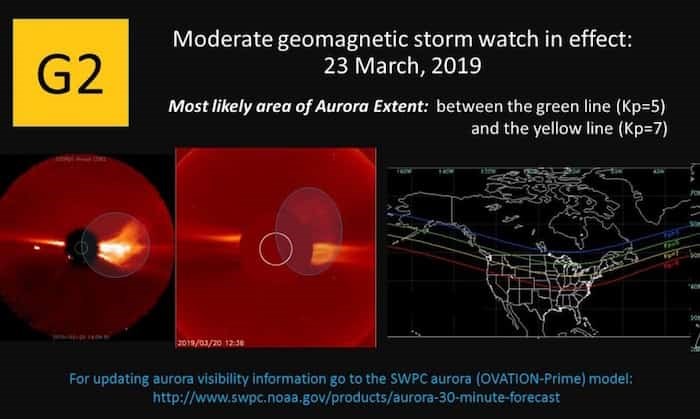 The lights of the aurora borealis are caused when electrically-charged particles from the sun slam into oxygen and nitrogen atoms in the Earth’s atmosphere. Usually, the neon lights stick around the poles between 80 and 800 km into the sky.

But with the extra kick of a solar flare, the glow of the aurora is expected to dance south across southern Canada and into the northern US states.

The Aurora Forecast out of the Geophysical Institute at the University of Alaska Fairbanks predicts auroral activity will be visible in Canada from Iqaluit to Vancouver. That is, of course, weather permitting.

Tonight’s forecast for the Lower Mainland? 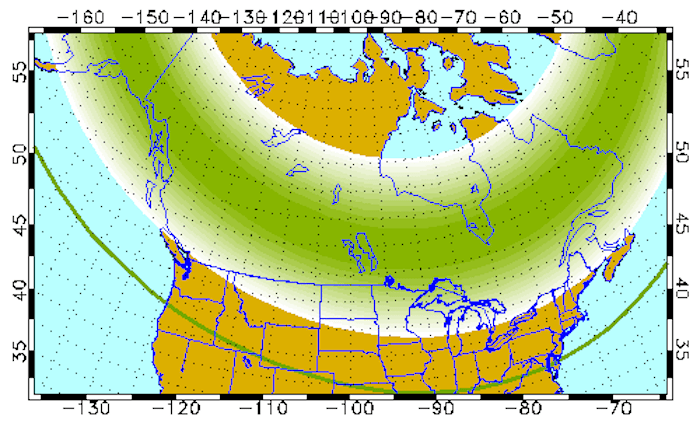