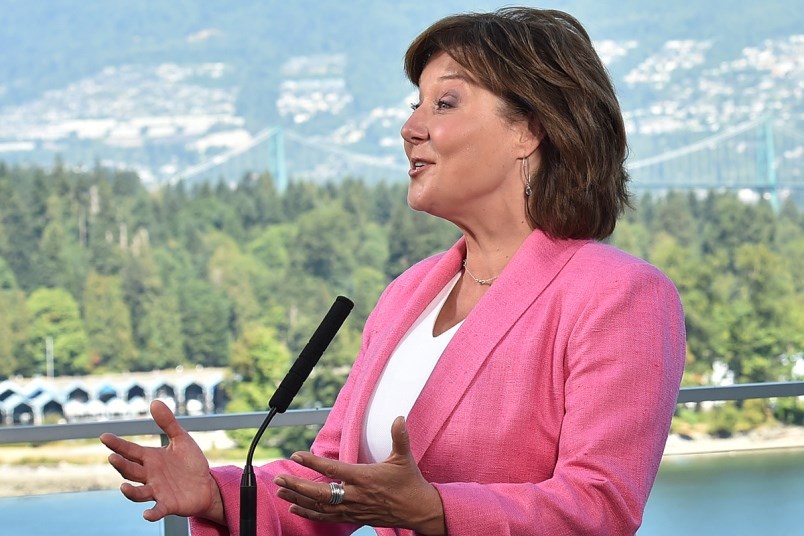 Christy Clark back in the glory days. Photo Dan Toulgoet

Former B.C. premier Christy Clark seems to have had a change of heart overnight, deleting a divisive tweet she made at 5 p.m. yesterday.

Clark's public thought bubble politicized the COVID-19 crisis in Canada, and was met with over 400 responses - mostly negative.

Sitting MLAs Bowinn Ma (NDP) and Mary Polak (BC Liberals) had differing takes on the now-gone tweet. Ma denounced it, then Polak came in and denounced her, saying this is no time for "partisan messaging". 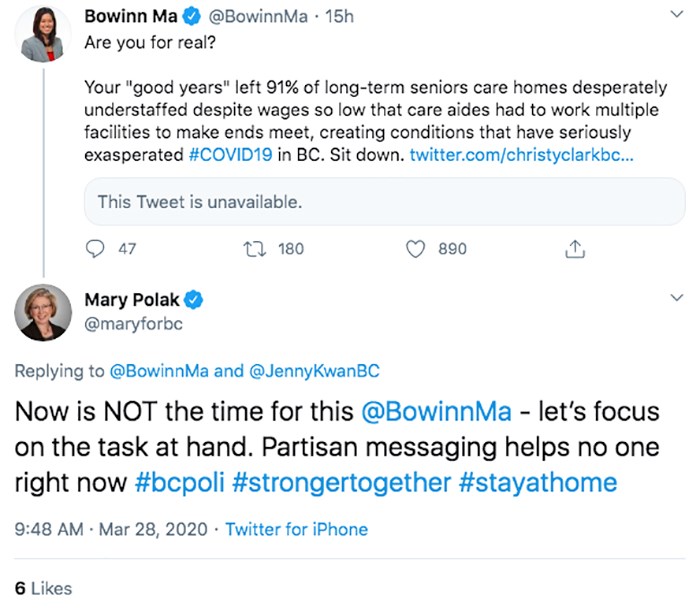 Bowinn Ma responding to a now-deleted Christy Clark tweet, which was then responded to by Mary Polak. Twitter Screengrab

Fortunately for us there's no way to triple delete a screen grab on someone else's computer (mine), so below is Clark's original tweet.

I've reached out to her for comment and will share her thoughts should she provide them to me.

HERE is my piece from this morning which offers an opinion on the reason why she decided it was a good idea to tweet this in the first place. 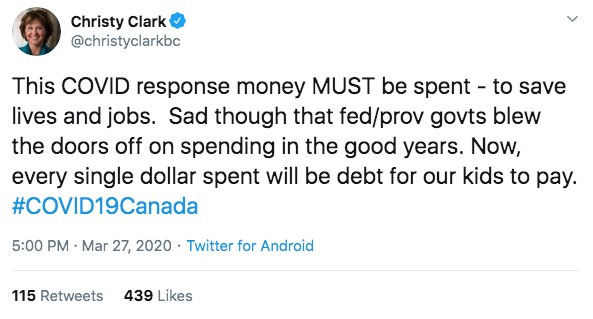