OPINION: We have good reason to be disappointed in Dr. Bonnie Henry this week

The ways of politicians seem to be rubbing off on our beloved provincial health officer
Sep 1, 2020 12:17 PM By: Bob Kronbauer 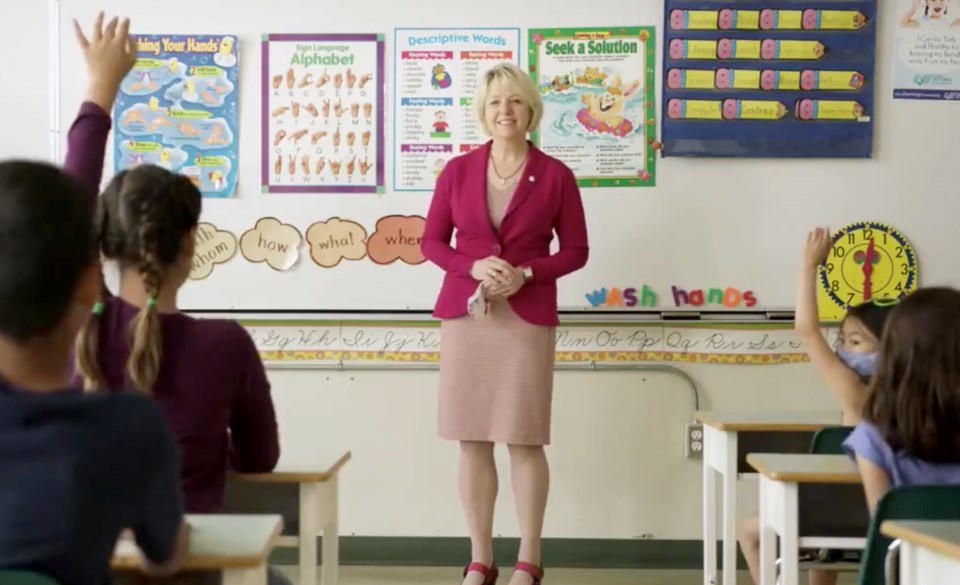 She is many peoples' rock, worthy of fandom by citizens and more than one pair of Fluevog shoes created in her honour (and some posters, which - full disclosure - we are currently selling to help benefit nurses).

Henry has done such a great job in the foreground and the background leading B.C.'s fight against the novel coronavirus that many journalists who are supposed to be objective fawn over her, making public proclamations about how fabulous she is.

She's a hero and she deserves to be a member of the Order of British Columbia. Of that, there is no question.

However this week she showed us that after spending months working in close proximity to politicians, she hasn't proven immune to catching what some might consider an infectious disease that most of them carry. Despite wearing a mask and being kind, calm and safe, she seems to have come down with a case of Politician-20.

In her daily briefing Monday (Aug. 31), she was asked to explain the commercial (shown below) in which she appears, announcing B.C.'s back to school plan. It shows a classroom that is nothing like the crowded ones that B.C. students will be entering next week, and the ad has been criticized by the BC Teachers' Federation for offering an unrealistic look at what schools will look like in real life.

Henry's explanation was that it wasn't supposed to look like the classrooms our children will be going into. She explained that on the day of the shooting she was answering questions from a few children of different ages and that they were the ones who wanted it to be shot in a classroom setting. Henry said it was not supposed to represent what the actual environment will look like.

Unfortunately for her, the 30-second spot doesn't have time to start or end with an explainer about the scenario, or a look behind the scenes at what was happening on the day it was filmed.

To the average viewer, the commercial shows our public health officer announcing the Province's back to school plan. It's safe to say that most people watching it would assume that it's supposed to offer a glimpse into what going back to school will look like, especially considering she's explaining what it will look like verbally—in a classroom.

When we heard her asked about it in her briefing with Adrian Dix yesterday, I imagine that many expected her answer to include an apology for it looking that way. For her to acknowledge that, yes, it is a quick spot and it does appear that they're trying to make British Columbians think that classrooms will consist of six kids, spaced apart from each other. And that, hey, maybe they made a mistake, and it wasn't their intention to try to fool us.

Instead, she acted like a politician would, perhaps even on their advice, and with the fear that the BCTF might use her answer against the government in some form of legal action that they hope isn't coming.

Whatever her reason for answering the way that she did, it was deeply disappointing, and it was a rare showing for her.

Let's hope she recovers soon and that it was simply a 24-hour case of Politician-20 that she was suffering from. If there's an election on the horizon and she's still infected, it would be in the best interest of British Columbians that she seek out a vaccine for it.