OPINION: The BC NDP has a racism problem it just failed to address

The Nathan Cullen affair was handed to Premier John Horgan on a platter
Oct 20, 2020 7:12 AM By: Bob Kronbauer 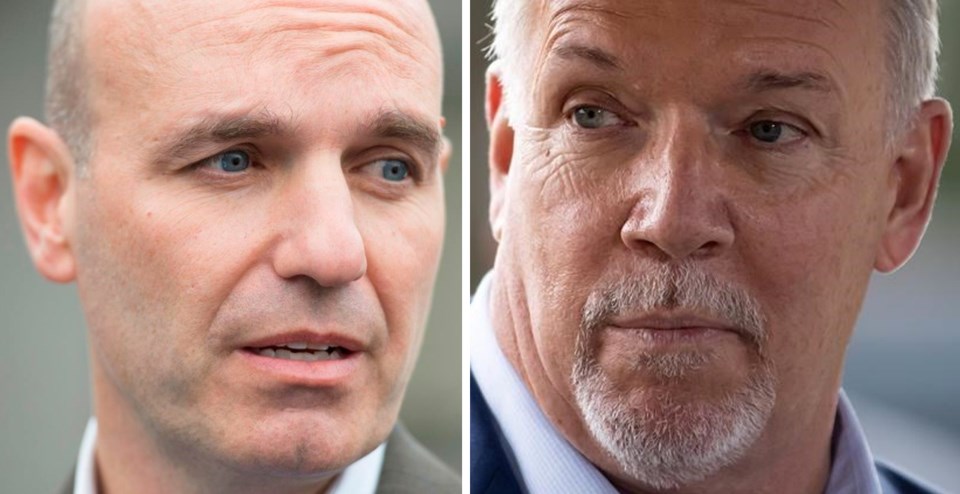 If you watched last week's 2020 leadership debate between Premier John Horgan, Andrew Wilkinson of the BC Liberals and Sonia Furstenau of the BC Greens, you likely learned two things.

One is that Sonia Furstenau might be the most engaging speaker of the three main party leaders.

Two is that John Horgan hadn't yet had the time to bother thinking about systemic racism in British Columbia.

When asked to speak about his personal privilege as a white person, he let the province know that he hasn't been paying attention to a key issue that has been top of mind for many voters over the past few months.

His answer was that he doesn't "see colour," and that he had friends of colour when he was growing up, playing lacrosse.

It was a shocking statement to hear come from the leader of our province, and one that the people in his party who prepared him for the debate likely saw as a curveball; they clearly didn't see it coming, and he was caught flatfooted.

Horgan and his campaign team - and, heck, the people who surround him when he's not campaigning - seem oblivious to the common fact that saying you're colour blind is a nice way of saying you don't give a crap about addressing the issue of racial inequality. That it's not important to you.

It feels silly typing that out as it's common knowledge. There have been multiple books written about the subject over the past few years.

Those are books (and ideas) that Horgan and his advisors had clearly not even heard of, let alone read, before Tuesday; it was only the next day, after the internet lit up over Horgan's "blindness", that he offered up an apology that included the words "I was jolted out of my comfort last night and I’m going to reflect on that.”

Okay. Cool. The man was extremely late to the game, but now he had time to think about his privilege, and about what he might do the next time he was presented with an issue that directly (or even indirectly) involves racism, systemic or otherwise. He let us know that maybe he'll take it head-on, showing voters he is living in the same year that we are.

After a few days of "reflecting", Horgan was handed a test. It came on a platter, perfectly framed with the issue at hand and one of his candidates positioned squarely in the middle of it.

It was revealed that Nathan Cullen, the star NDP candidate for Stikine, was caught on a Zoom video making a racist comment about the Haida candidate he's running against. This was after the NDP had elbowed out an indigenous candidate, Annita McPhee, to make way for Cullen, fudging the rules of their own equity policy.

10 hereditary chiefs of the Gitxsan Nation released a letter calling on Horgan to remove Cullen as a candidate after the comment surfaced, stating in a letter that "Anything less will be a further signal of disrespect to Indigenous people in British Columbia, and inconsistent with our stated commitment to reconciliation."

So the test was a simple one, really. Multiple choice. Two options:

Do you permit racism within your party?

John Horgan went with option 1, saying that he was disappointed in Cullen's "intemperate comments," and that he was sure the man would work hard to make up for them. And that was that.

He failed the test, showing voters that he's going to need some more time to "reflect" on his colour blindness.