LETTER: Would you rather wear a mask or be on a breathing tube? 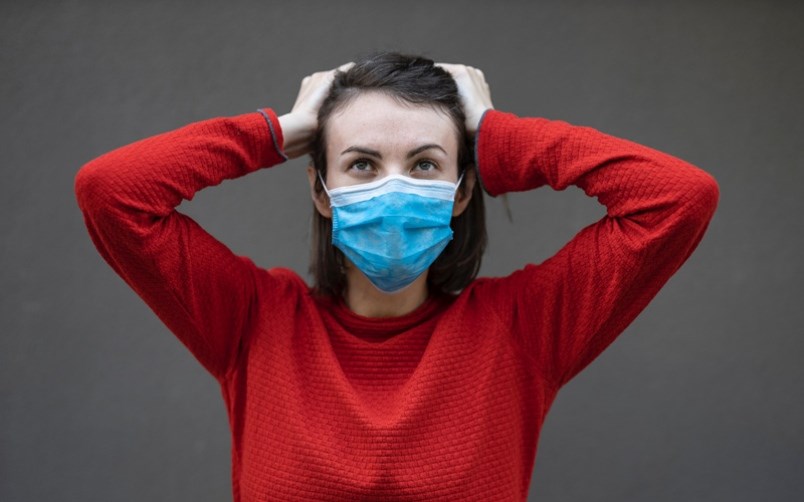 "To the anti-maskers I say, 'Which do you prefer: wear a mask now, or have a breathing tube inserted down your throat later?'" reads a letter to the editor. Photo via Unsplash

"There's a time for everything."

I guess it was time. At her Nov. 19 briefing, Dr. Bonnie Henry announced face masks will be required by British Columbians in all indoor public spaces and retail stores (except when eating or drinking) and social gatherings are restricted to household members only, until December 7.

Parents and teachers know you get the behaviour from children that you allow. Appropriate consequences can work to get the desired behaviour.

When applying consequences to Henry's announcement, I'm wondering what the "negative consequences" will be, besides the fact that store employees will no longer be waiting on unmasked citizens. She said financial penalties for non-compliance will be announced this week.

Perhaps it's also time for the Trudeau government to try to get an all-party bill passed - call it something like the Emergency COVID-19 Act - which includes financial penalties for non-compliance.

Exceptions could be made for those living below the poverty line. Just as police issue tickets for driving over the speed limit, the police (and store security) should have the authority to issue a ticket if a person entering the public space refuses to put on a mask offered by the store manager or employee.

To the anti-maskers I say, "Which do you prefer: wear a mask now, or have a breathing tube inserted down your throat later?"

The test positivity rate is the fraction of COVID-19 tests that come back positive, calculated by dividing the number of positive tests by the total number of tests.

It appears a school is only closed if a certain number of COVID cases is declared an "outbreak," or school officials decide to close a school before it reaches "outbreak" level.

On Nov. 19 the positivity rate in the Fraser Health region was 9.6. BCTF president Teri Mooring's Nov. 14 letter to Premier Horgan begins: “On behalf of B.C’s 45,000 school teachers and 550,000 students we serve, I am writing to urge you in the strongest possible terms to instruct the Ministry of Education to respond quickly to the dramatic rise in cases of COVID-19 in the Fraser Health region by reducing class sizes to no more than 15 students."

But reducing class size to 15 should occur in all schools in the province. Masks should also be mandatory in all schools and grades, and not just in certain areas of the school.

How could this be accomplished? Students attend on alternate days; or attend daily, but only mornings or afternoons. Either scenario may not be realistic for many working parents of younger children, since they would need to find care when their child is not at school. The government should be funding daycare and creating spaces for these children. If not funding daycare spaces during a deadly pandemic, then when?

The BCCDC dashboard should be modified to also display positivity rates for every B.C. community, large and small, perhaps on a separate webpage. Even though the Fraser Health positivity rate is 9.6, if the separate rate for Burnaby was listed, it's a good bet the score would be higher than 9.6. What is it?

Every newspaper and online news source in Canada should be posting on their front page, the daily & seven-day average testing positivity rate for their health region.