Contrary to what you might believe, rats are actually some of the friendliest and cuddliest pets there are.
Feb 16, 2021 10:12 AM By: Bob Kronbauer 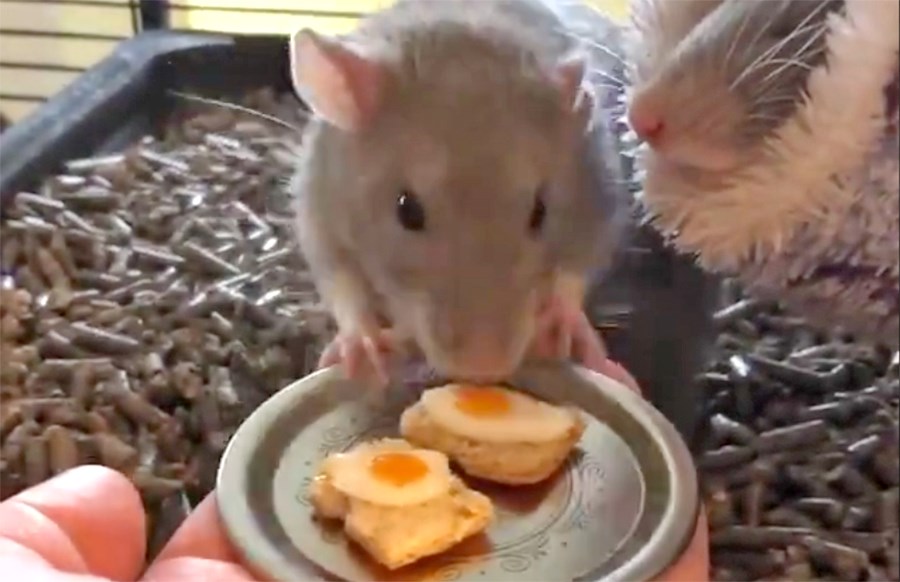 Contrary to what you might believe, rats are actually one of the friendliest and cuddliest pets there are. I should know; I used to think they were gross until my wife convinced our family that we should ask Santa to deliver some for Christmas last year.

Now I love the little critters. Our new pets Remy and Emile (officially @rattybros on Instagram) have really grown on me; they've become a part of our family, and I spend quite a bit of my time hanging out with them on my shoulder, or talking to them as they run around their cage playing together. They're incredibly social animals.

When you hear about rats in the media—and specifically our outlet—the stories are generally related to news. Bad news.

Like that time somebody claimed to have found a dead rat in a bowl of soup at a local chowdery, and the fiasco put the restaurant out of business.

Or how in 2020, Vancouver was once again ranked the "rattiest city in B.C." by a ranking system released by a company (Orkin) that makes a lot of money exterminating problem rats.

Heck, sometimes V.I.A. reporters break from their neutral positions on issues to write opinion pieces saying "it's not okay to have a giant rat on your should on a Vancouver bus."

I get it. Rats are associated with filth.

However, pet rats are nice. They're clean, and they learn to poop in mini litter boxes.

While technically they're the same species as street rats they've been domesticated since the 1800s, over many generations, and are now considered to be 'Fancy Rats'.

Watch this video of my wife serving Remy and Emile some actual eggs on toast that she prepared, then try to tell me they aren't cute.

Oh, and if you want some pet rats of your own, the City of Vancouver Animal Services department just got flooded with 118 babies that they need to find homes for.

My wife loves our new pet rats so much that she literally wakes them up with miniature eggs on toast that she prepares. This is real. pic.twitter.com/QqBaq1WSeX

Opinion: British Columbia must do better for women struggling with addiction
Feb 28, 2021 1:09 PM

Opinion: An anti-masker challenged me to a fist fight in a Burnaby mall over this photo
Feb 26, 2021 11:25 AM
Comments