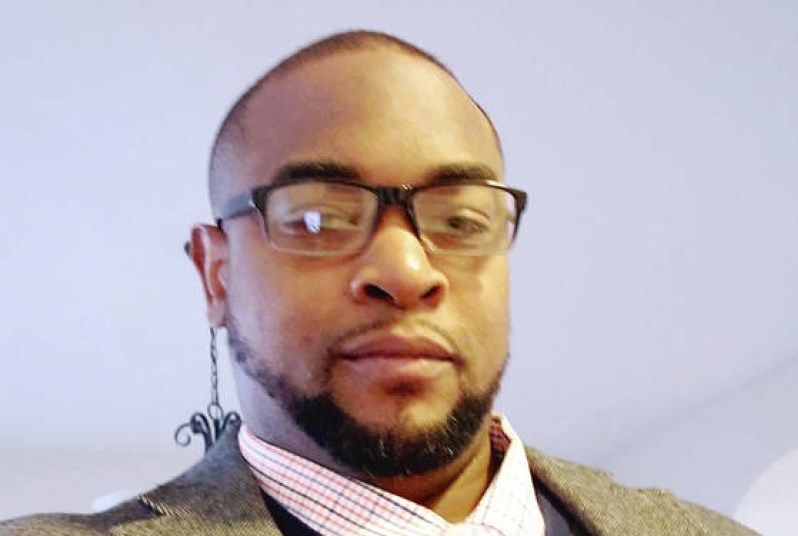 Charles Ford was inspired when Barack Obama won the U.S. presidency in 2008 and 2012, and is cheering for a Biden victory this time. Photo courtesy Charles Ford

Deep in Trump country, 12 years and 3,800 kilometres from where we first met him, here’s what Charles Ford says his Victoria friends don’t comprehend: The U.S. hasn’t changed.

“They don’t truly understand what America is,” he said, on the phone from his home in South Carolina the day before the ­election.

Yes, the African-American man was inspired when Obama won, and yes, he was cheering for a Biden victory this time, but it’s not as though he ever expected his country to fundamentally shift in concert with the presidency.

“I’m not surprised by anything that has transpired,” the 44-year-old says of the past dozen years. “The America I know hasn’t changed. Donald Trump and all the things going on in this country — it’s not new.”

We first met Ford in 2008 on a sunnier day, the eve of Obama’s first election. He was aboard the MV Coho ferry to Port Angeles, commuting from his home in Victoria, where he had a Canadian wife and daughter, to his post with the U.S. Coast Guard at Neah Bay, Washington.

Back then, he spoke of how much it meant to him that the majority of our neighbours across the strait in Clallam County, where just one per cent of the population is Black, were about to help elect a Black president: “I never thought this would happen in my lifetime.”

Fast forward 12 years. He’s back in South Carolina with his daughter but not her mother. Works for the postal service now.

He still says that 2008 election was inspiring, if only because it couldn’t have happened unless most voters were willing to look beyond Obama’s colour. But that other America, the one he grew up in, never really went away and won’t disappear even if Trump does, Ford says.

Ford lives in Trump country. Just down his street is a house festooned with Trump signs and banners, a display so over the top that it conveys not just partisan support but a defiant, in-your-face bellicosity. Other Trump backers are less aggressive, though Ford remains baffled by how seemingly decent people can get past the president’s character flaws. “I don’t get it. They love Trump.”

Ford posed this question to an old coast guard colleague, an honourable man: “How can you vote for a guy who goes against all the values you’ve lived by all your life?” Couldn’t get a straight answer. Maybe it just comes down to people staying on their side of America’s great divides.

When Ford grew up in small town South Carolina, the races kept to themselves. Even in college, students naturally segregated in the cafeteria. Maybe racism wasn’t always as overt as it was when, as a young man driving through rural Georgia, he came across a billboard declaring “Don’t let the sun set on your black ass,” but he always knew there were places to avoid.

Which is why, the first time he came to Victoria, he balked when a few of his coast guard buddies dragged him into the Irish Times.

“I was very hesitant to go. I said: ‘That’s an Irish bar. There won’t be any Black guys in there.’ Down here, you just don’t do that. If it’s a known white-guy bar, you just don’t go in there.”

In the Irish Times, a stranger bought him a beer.

His colour wasn't his identity in Victoria

Ford says that in Victoria his colour wasn’t his identity. People treated him as an individual. “I miss that.” He misses stopping at Ice Cream Mountain with his daughter and heading up Mount Finlayson, too. Misses the crispness of the air, the friendliness. Doesn’t miss the cost of living, though. He could never have afforded the big house he now owns in South Carolina.

There’s a different cost, though. Segregation might no longer be codified, but Ford says there’s little interaction outside of shared public spaces. People of different races might chat while gassing up their cars, but it’s not like they’re going to invite one another home. “You’re not going to go where he lives, and he’s not going to go where you live.”

In Victoria, it felt like the entire city was transfixed last night, anxious to know if we were in store for four more exhausting, chaotic years. At the aforementioned Irish Times, the eyes were glued to CNN, not the soccer game on rival screens. The Garrick’s Head Pub and Bard and Banker were showing the election, too. Ditto for a bank of televisions in Atlas Audio and Video on Yates.

The wait for results to trickle in was particularly agonizing for local members of Democrats Abroad — Americans and dual citizens living around Vancouver Island. The desire to oust Trump has pushed the membership of the Victoria-based chapter to close to 2,000, said the group’s acting chair, Giles Hogya.

Hogya was hoping for change. Ford wasn’t getting his hopes up.

LETTER: Vancouver lanes are 'eyesores' and 'void of human and natural life.' We should convert them all into parks
Nov 2, 2020 1:56 PM