Opinion: Everyone at the Wet’suwet’en protest at the B.C. Legislature thought I was a cop

What would you do if you were in Victoria for work and as you were walking towards your hotel at the end of the day you noticed a group of a thousand-or-so protesters chanting in front of the Parliament buildings, and a 12-foot tall ladder standing behind them?

If you were me you'd ask the owner of that ladder if you could climb it, you'd shoot some photographs from it, then realize that you've stumbled into a story that you should probably write about. 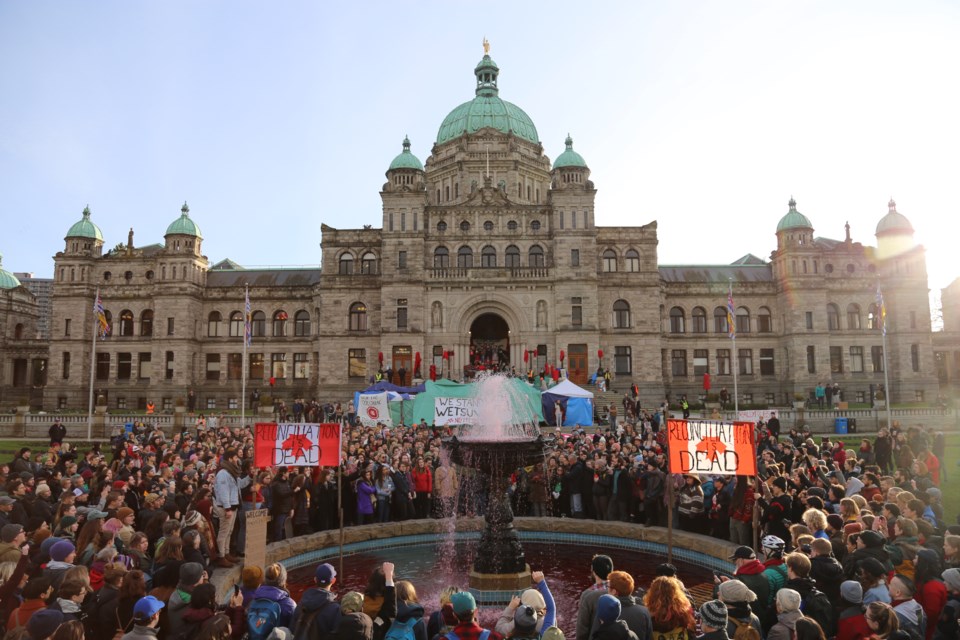 The reason I came to the capital this week was not to cover a protest about an LNG pipeline. I took the ferry over from Vancouver to attend the world premiere of a history documentary I co-produced called Eddy's Kingdom, showing at the Victoria Film Festival.

In the trailer (watch it HERE) "Canada's first terrorist" is seen inside the legislature talking about how he had planned to throw two grenades into the chamber to try to right a perceived wrong.

"One [grenade] at the government... one at the opposition."

Reporting from the protest yesterday and today using Twitter (read my thread HERE for the deep dive) I was wearing casual attire and had a camera around my neck. I had nothing to identify what media outlet I work for, and I'm pretty sure everyone aside from the cops thought I was an undercover cop.

That's because I looked like an undercover cop. I should keep a lanyard in my pocket for situations like this. 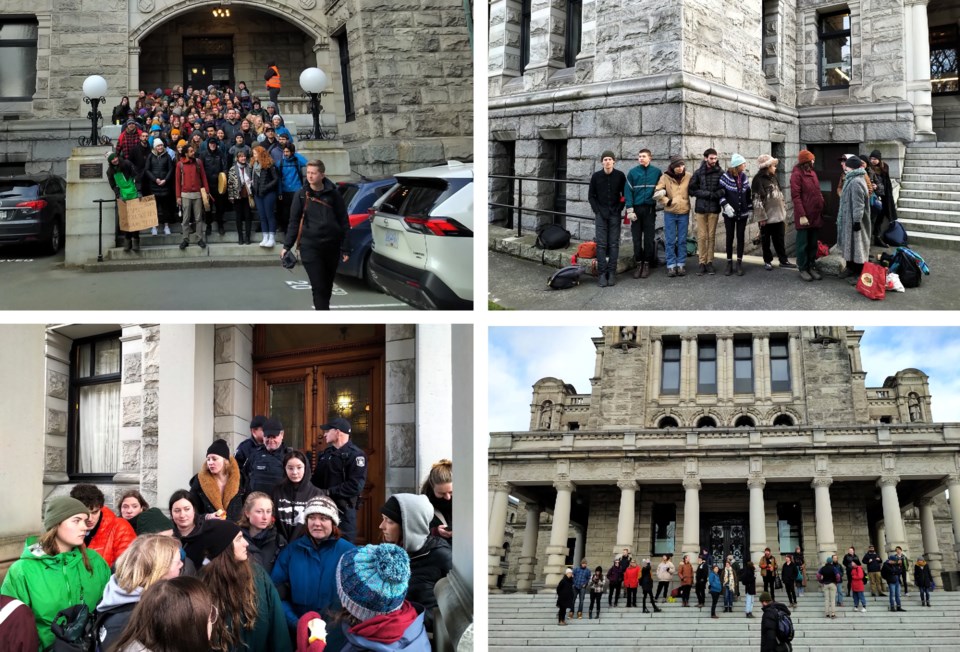 As I wandered around looking like a cop shooting photographs and watching the actions being taken to deny access to the building, I was struck by the parallels between these protesters and the subject of the film I'm in town for.

That subject is Eddy Haymour, an immigrant who was at the end of his rope. Though he was in the wrong for actions he'd taken, he had been screwed over by the government, and he eventually proved that in court and got a settlement.

The people attending this protest are supporting people who they feel are in a similar position to Eddy's, who they see as being wronged by the government.

The difference is that they seem to be committed to a non-violent protest, whereas "Canada's first terrorist" took up arms at many points (if you think column isn't much more than a plug for the film, you might be right. Again, WATCH THE TRAILER).

So no grenades seem to be in the cards for these folks. Heck, nothing like that at all; the worst aggression I saw in the hours I spent walking around the protest over two days was one loudmouth (below) continually heckling Global BC journalist Richard Zussman. In this clip he's talking about how bad of a job he thinks Zussman does, and he went further with personal attacks. Truly classless, but not a representation of the group as a whole.

Beyond this one fool, what I saw over two days was a group of Indigenous youth (who have organized under a group called, fittingly, Indigenous Youth for Wet’suwet’en), rallying around a cause.

Surrounding those Indigenous youth here are a bunch of (mostly young, white) people who want to support them.

We'll see what actions they take next, and hope that their movement remains non-violent.