The BC Conservation Officer Service has been doing an incredible job on social media lately, sharing not only warnings but also offering glimpses into the important work they do protecting wildlife in our province.
Sep 24, 2017 10:15 PM By: Bob Kronbauer

The BC Conservation Officer Service has been doing an incredible job on social media lately, sharing not only warnings but also offering glimpses into the important work they do protecting wildlife in our province. Their Twitter account @_BCCOS is a source of inspiration (and a few laughs), and their Facebook Page is also active with moose, fish, bears and other critters. Both show their work to keep humans accountable for how many animals they harvest, and that they do it within the rules, as well as preventing "human wildlife conflicts".

Below are a few bear photos they've posted over the past while. From relocating grizzlies and kermodes to showing 4 cubs in a tree, some of these are humorous while others have a more serious theme. It's ridiculous to think that we live in such close proximity to these incredible beasts.

Oh, and don't worry about the ones who look like they might have... er... expired; they've simply been tranquilized and are on their way to safer homes than the ones they stumbled into. 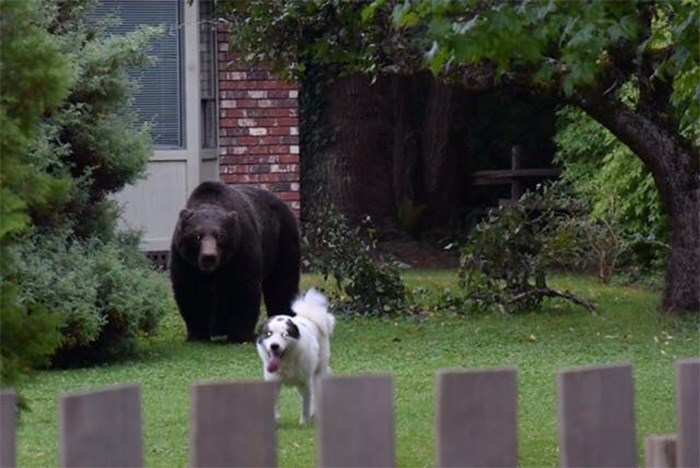 September 2016: “Although grizzly sightings are uncommon in Sechelt, Sunshine Coast CO’s have confirmed the presence of a grizzly bear in the area. To date, the bear has not displayed any aggressive behaviour to people. Conservation Officers have set live traps in the area in an effort to prevent conflicts with the bear. CO’s are also reminding residents to secure attractants such as garbage and fruit that may attract black or grizzly bears. Conflicts with wildlife can be reported 24/7 to the COS hotline – 1-877-952-(RAPP) 7277.” 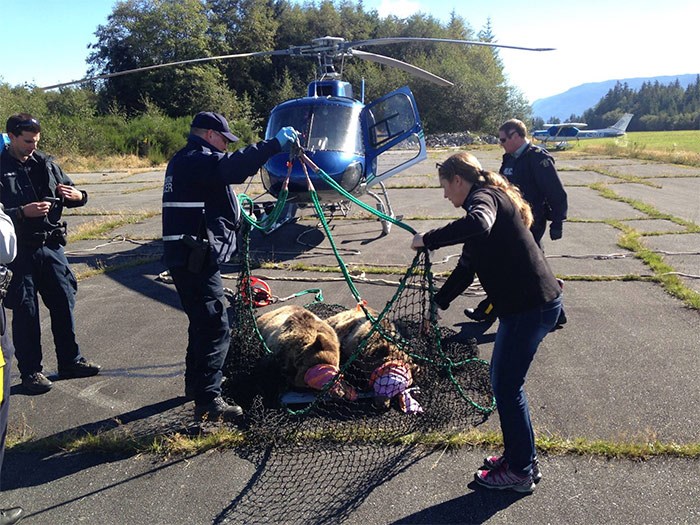 September 2016: “Grizzly Bears Captured 2 grizzly bears that are believed to be siblings were captured on Cormorant Island near Alert Bay today. Cormorant Island is a small populated island with little natural food available to bears. The capture of the bears was a proactive measure to prevent habituation and human food conditioning which could lead to a public safety incident. Westward movement of sub-adult grizzly bears from the mainland is not unique – occasional records of male grizzly bears on Vancouver Island date back to the 1970’s. Up to 15 bears have been recorded reaching Vancouver Island since this time. BCCOS relocated the 2 bears by helicopter to what is believed to be their natural home range on the BC mainland.” 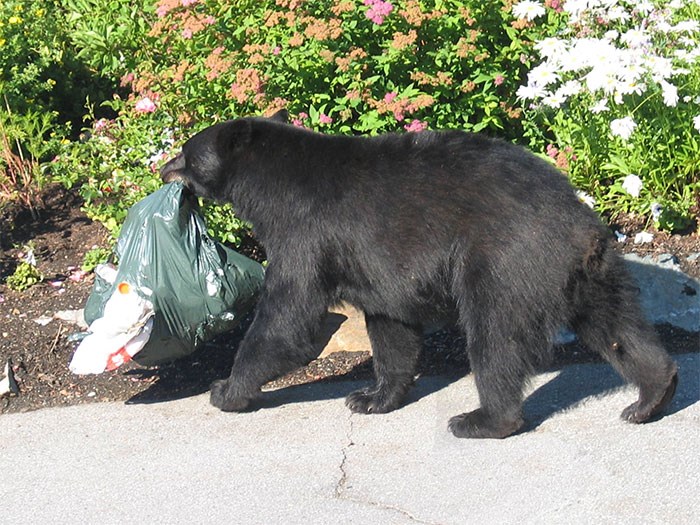 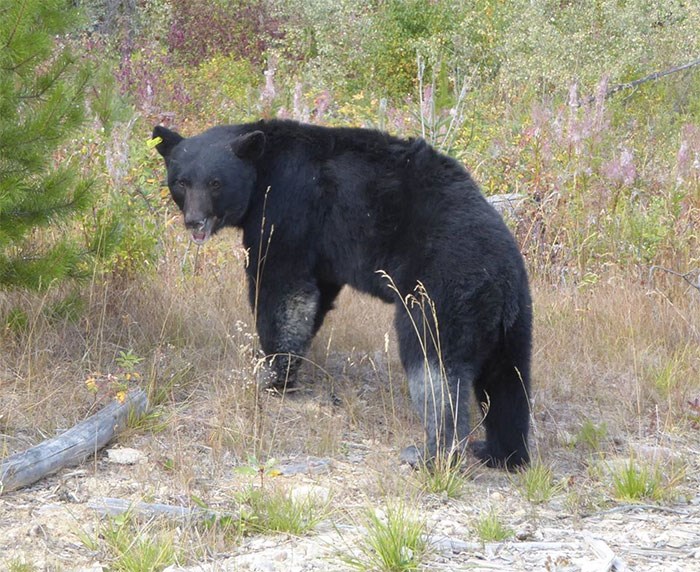 “On August 31st Golden CO’s received a report of a limping bear on the local golf course. The officers responded and found the bear with a canine leg-hold trap on its front paw. The animal was captured by CO’s and the trap was removed. Upon release, the bear gave the officer a long stare that was perceived as a respectful thank you.” 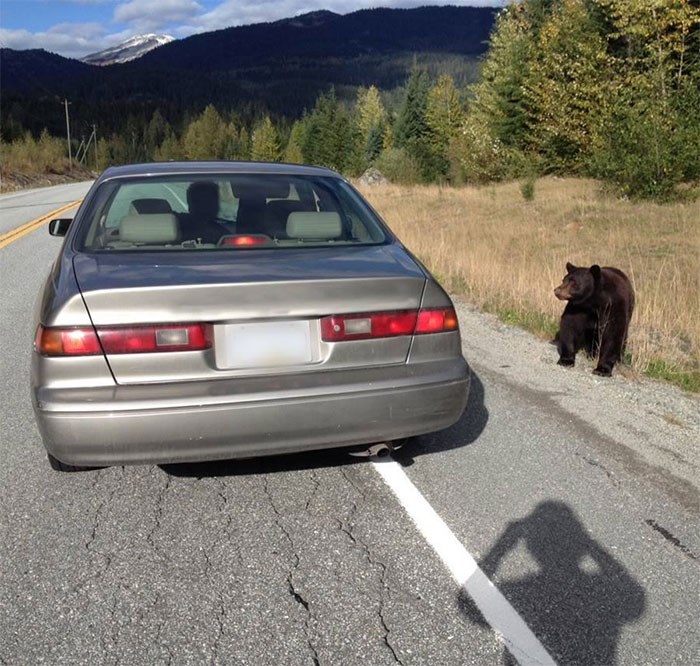 “On 2015-09-27 COS received information from the public of two Whistler visitors feeding a black bear on Callaghan Rd. Food was observed being tossed out the vehicles window while the bear ate the food. Vehicle description, licence plate and photo was provided to COS. CO located vehicle and issued two Kamloops residents fines for intentionally feed dangerous wildlife, $345 under the WLA. COS requesting the public report violators to the RAPP line.” 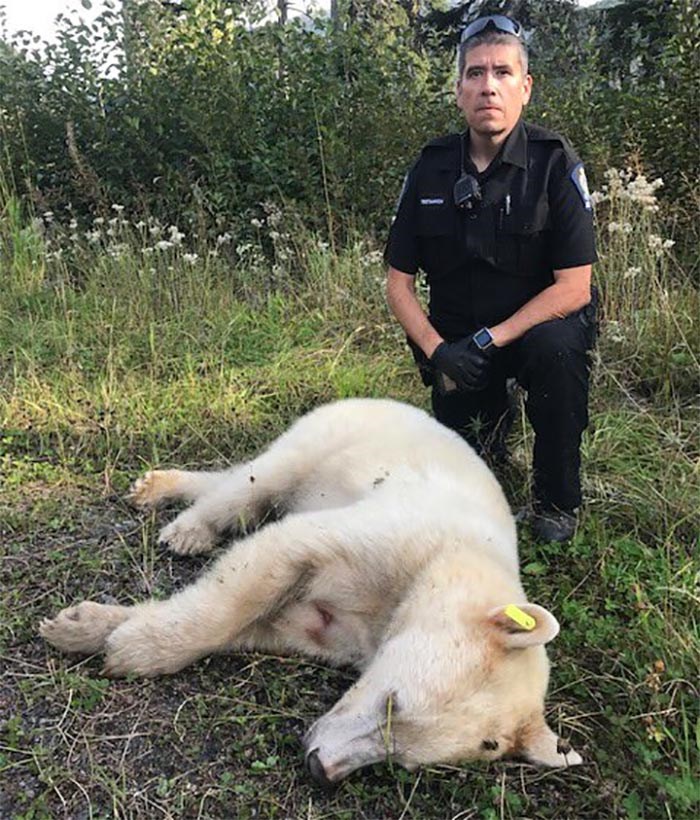 “BCCOS in Terrace captured and relocated this kermode bear” 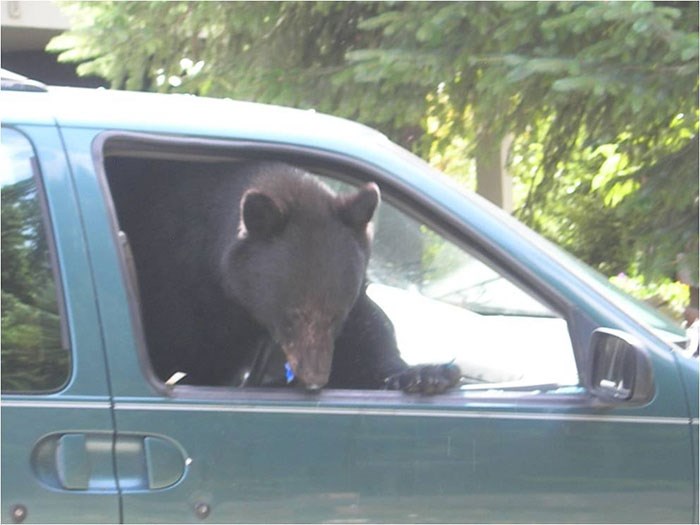 “It’s not the best idea to store food or garbage in an insecure vehicle. Do your part to prevent bear conflicts. Human-wildlife conflcits can be reported 24/7 to 1-877-952-7277.” 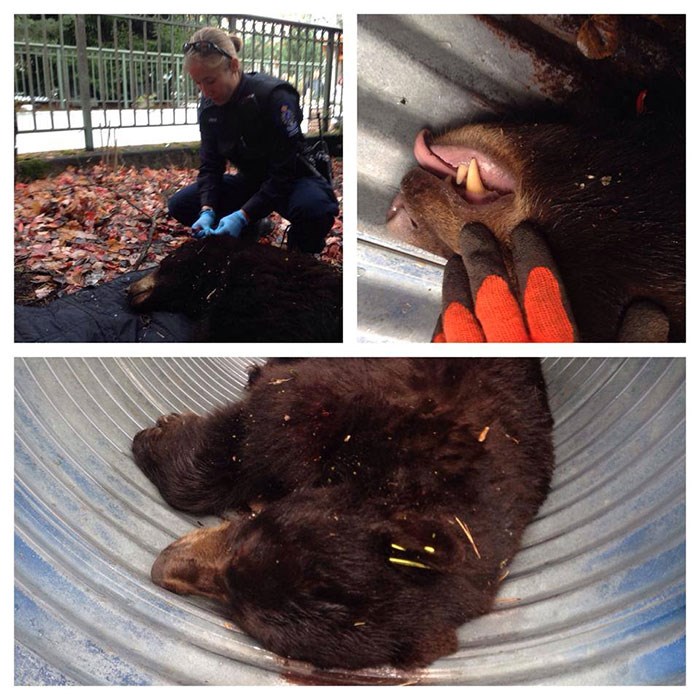 “Whistler: A black bear was captured and released today after being assessed and tagged by officer Page. With the recent snow and colder weather bears are actively looking for food before denning time.” 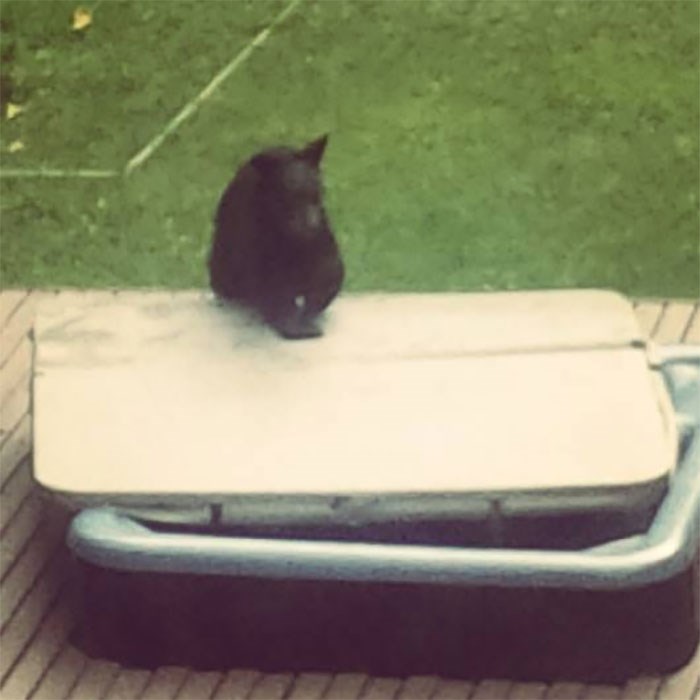 “Surrey CO’s had to deal with 3 bears in Surrey this spring. 2-3 have been successfully captured and moved out of the area. Important reminder that BC is bear country and attractant management is important, even in Surrey.” 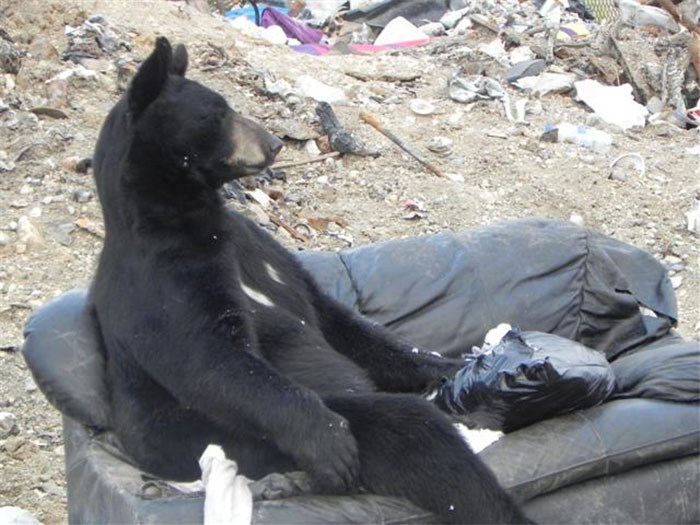 “Funny but sad! It is very unfortunate that we still have open transfer/dump stations in this Province. These are a huge attractant for these beautiful animals. Lets work together in our communities to stop this from happening.” 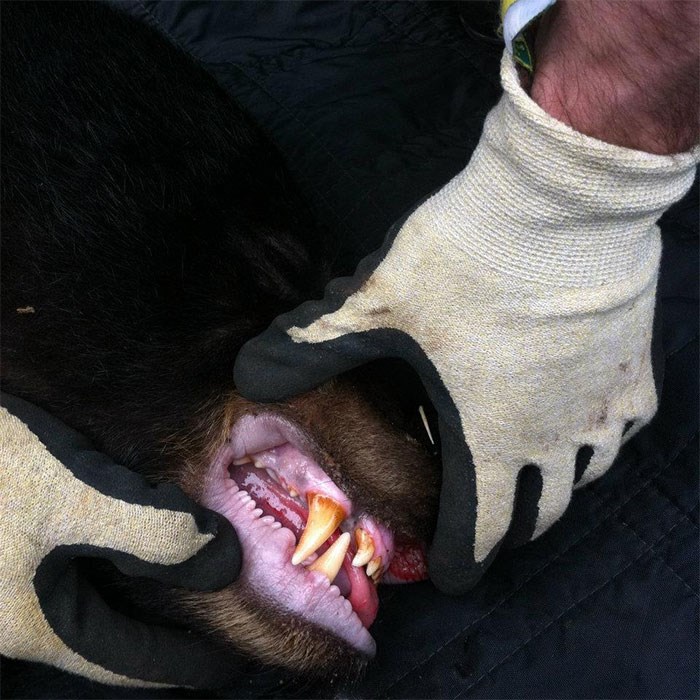 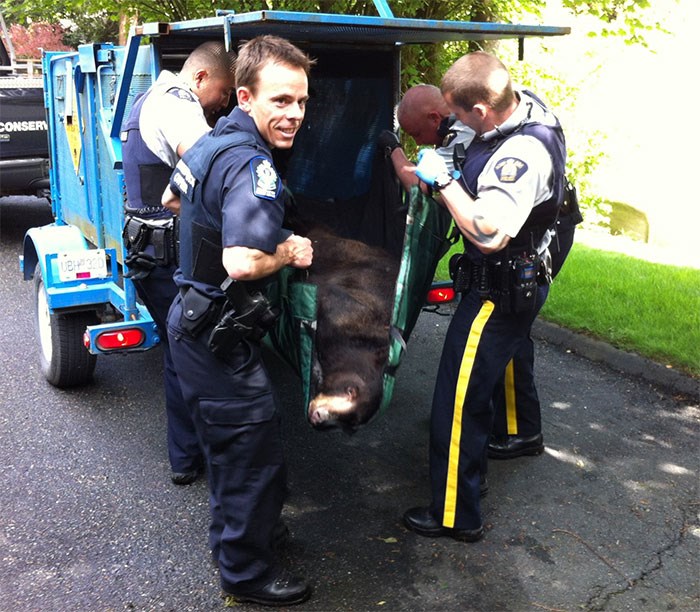 “A bear was surrounded by hundreds of kids getting out of Lynn Valley Elementary School. No safe escape route was available to haze the black bear. The COS, helped by RCMP, captured the bear that was feeding on unsecured garbage. He was tagged and relocated.” 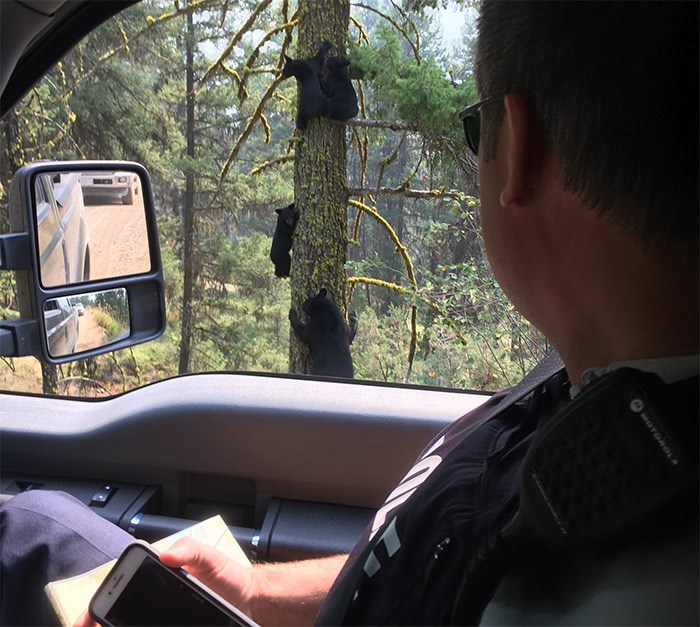 “BCCOS working with RCMP to issue alerts to the public living in the back country near Clinton. Alerts provided to not just human families.” 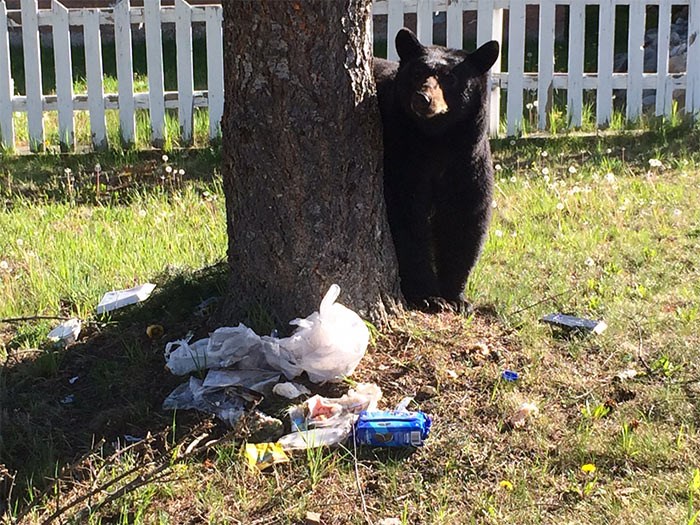