B.C.’s mountain towns are spectacular places where one can find gorgeous mountain vistas and happy people clad in expensive outdoor gear. One doesn’t, however, typically see a range of ethnicities representative of the province’s bigger cities.
Sep 30, 2020 8:17 AM By: Joel Barde 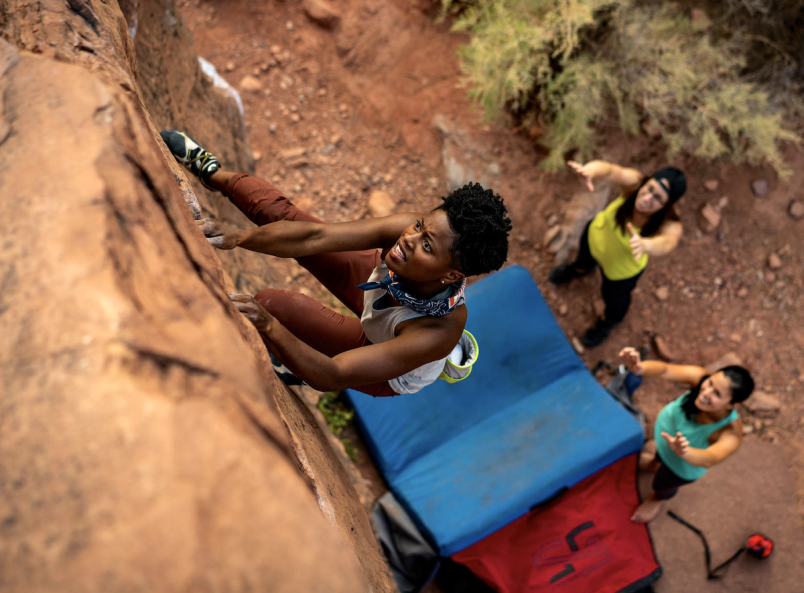 B.C.’s mountain towns are spectacular places where one can find gorgeous mountain vistas and happy people clad in expensive outdoor gear. One doesn’t, however, typically see a range of ethnicities representative of the province’s bigger cities.

Recent protests - started after the killing of George Floyd - have led to a great deal of soul searching about racial injustices and the historical legacies that underlie economic and societal disparities, both in the U.S. and here in Canada.

Juju Milay, an advocate and outdoor aficionado who has been on the frontlines of creating more space for people of colour, says the movement has created greater support among outdoor companies.

“Because of what’s happening in the US, with the Black Lives Matter movement, I saw a huge amount of support from the outdoor community, with people really stepping up and beginning to realize, ‘Hey, maybe we aren’t as inclusive as we thought we were; how do we begin a conversation?’” said Milay.

Since then, she’s renamed the group Colour the Trails, expanding its reach to include Indigenous people and all people of colour.

Colour the Trails mission is continue to foster safe space for BIPoC to participate in the outdoors. This past weekend we worked on conquering our fear of heights with intro to climbing and canyoning clinics. Thank you community for showing up, taking up space and changing the narrative. We heard some 'I would do this again', 'Would love to persue', 'How do I become a guide'. And it made us so happy to see folks inspired. We thank @tentree for sponsoring this event. Huge shout out to @treeline_collective for connecting us with a fantastic guide @paulmcsorley and his team. We felt so welcomed and safe. The video is created by awesome @tandem.photography We acknowledge that our opportunity to learn and grow took place on the unceded territory of the Sḵwx̱wú7mesh (Squamish) Nation

Milay said that she thinks that the killing of Ahmaud Arbery - a 25-year-old black man who was chased and killed by white men while jogging in a South Georgia neighbourhood - struck a nerve, raising awareness about racial disparities in outdoor pursuits.

It galvanized companies to act, whether that be by improving representation in their advertisements or supporting organizations like hers, she explained.

This summer, Milay hosted a successful evening dedicated to introducing people to mountain biking. She said she’s been very impressed with the mountain bike community’s commitment to supporting a new entrance into the sport.

!!!Update!!! We currently have 9 mentees and 41 mentors applied. We are closing the mentors applications for now. Our hearts are full seeing this overwhelming response. Follow along for future updates. See you on trails! -------- We are happy to announce we are opening a Mountain Biking mentorship program for our members. If you live in Vancouver, BC area and would like to be a mentor to one of our amazing folks, please fill in the form by link in our profile. You could help our community as a whole to work on building inclusivity in this very underrepresented sports, while making new connections and friends Photo by @neverbadtimeforchanges

She added a number of people who took part in the June introductory workshop have chosen to carry on with the sport.

“We had about nine people sign up to a mentorship program where folks can be mentored by members of the community to be able to learn about mountain biking and go riding with them,” said Milay. “I think the mountain biking community has really stepped it up, and has shown us huge support. We’re working together to see how we can make mountain biking more inclusive.”

Milay added that it’s important for mountain towns to be more welcoming to people of colour and to constantly question and improve their approach.

Hello everyone! Photo by 📸 @_kieranevans_ My name is Judith (@jujumil) I'm a content creator, model and community activist who resides on the traditional, ancestral, and unceded Indigenous territories of the ʷməθkʷəy̓əm (Musqueam), skwxwú7mesh (Squamish), and sel̓íl̓witulh (Tsleil- Waututh) First Nations. . . Through adventures and travel, I highlight my experience as a Black woman that skis, hikes, camps, climbs, and explores. A former refugee from the Democratic Republic of Congo, I was raised in South Africa, Australia, United States and Canada. My unique upbringing allows me to draw from diverse experiences and cultures. . . My active participation in the outdoors brings to light the importance of representation. Through conversation and grace my work draws attentions to underrepresented minorities by changing the narrative that people of colour are not active participants in the outdoors. . . I am also a fellow at the Royal Canadian Geographical Society (@rcgs_sgrc). I am the founder of Colour the Trails, a community group that focuses on getting Black, Indigenous and People of Colour out in nature. I believes nature is for everyone!

Milay added that while her efforts to work directly with resorts on diversity initiatives have been rebuffed, she has taken advantage of the Canadian Ski Council’s Never Ever Days, first at Whistler Blackcomb and then at Manning Park Resort.

The promotional offer gives first-time skiers a package deal, which consists of equipment rental, beginner lift ticket and a lesson for just $25. It is billed as a way to introduce people to what is often seen as a high-barrier, expensive sport.

Never Ever Days served as Milay’s introduction to skiing, and she’s now actively promoting them as a great way for people to start.

Milay noted that the ski industry is facing an aging demographic, and supporting new entrants is key to its long-term success.

“The first time learning to ski was terrifying I thought I was gonna die,” she recalled.  “But then when I went back the second time through this program, I enjoyed it a lot more.”

Milay then took part in dedicated ‘Ladies Nights’ at Mount Seymour, which gives women the opportunities to shred for the evening for $15.

“Through that progression, I was able to really develop a love of skiing,” said Milay.

Milay’s activism comes amid heightened discussion about a perceived lack of diversity writ large in the outdoor world. At the end of July, park rangers at Garibaldi Provincial Park installed signs acknowledging that the park sits on unceded land, and asserting that the park must be accepting and safe spaces for all.

While the signs were quickly taken down, a petition is currently circulating that calls on George Heyman, B.C.’s minister of environment and climate change, to direct BC Parks to reinstall them or install similar ones at all provincial parks.