This B.C. group is rallying support for a series of new trails in Squamish

The B.C. Mountaineering Club is hoping to rally public support for five new trailheads.
Mar 7, 2020 3:33 PM By: The Squamish Chief 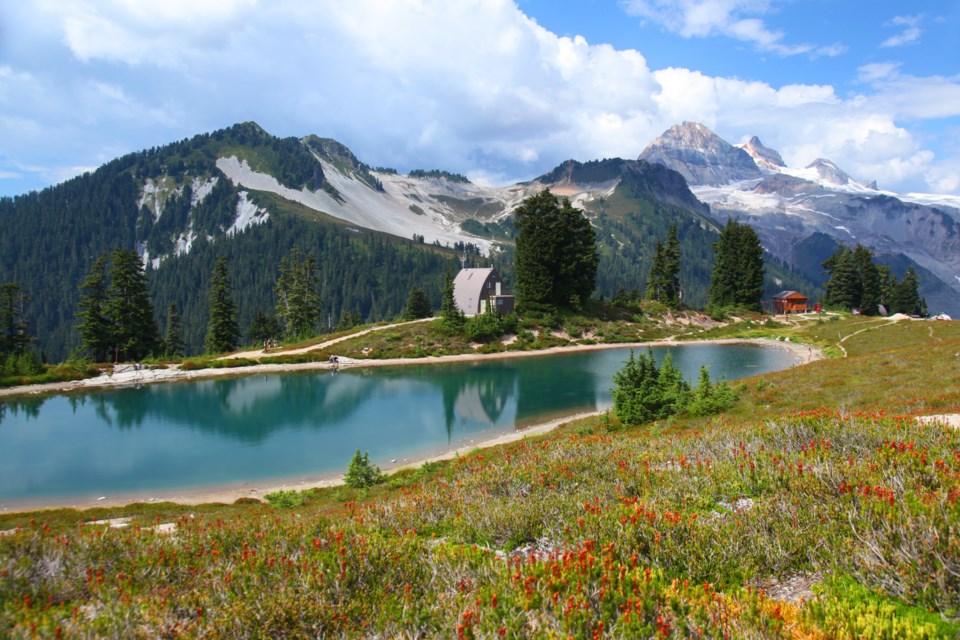 If the club manages to get the support of the province, among others, a primarily volunteer-led effort will expand the trail and hut network in Garibaldi Park. Photo: Shutterstock

The B.C. Mountaineering Club is hoping to rally public support for a series of new trails in the Squamish area.

If the club manages to get the support of the province, among others, a primarily volunteer-led effort will expand the trail and hut network in Garibaldi Park. This would happen if the province allows the club to make an amendment to the master plan governing the park.

This could enable the club to establish five new trailheads at Alice Lake, Brohm Ridge and Skookum, Swift and Conroy creeks.

The group is also asking for a proposed zoning change in the southwestern part of Garibaldi Park that would bring the Mamquam Lake, Mamquam Icefield, Darling Lake and Crawford Peak areas into the natural environment zone. This would take them out of the wilderness conservation zone, allowing for trail development to Opal Cone and Darling Lake from Skookum Creek.

The end result would be the creation of more hikes and variations to existing paths that currently require people to enter and exit the same way.

Some of these changes could happen pretty quickly, the club says.

“For a few thousand dollars, we could have two or three of the trails more or less running right away,” said Paul Kubik, director of cabins and trails, with the B.C. Mountaineering Club.

“If Alice Ridge became accessible, people could drive up to Diamond Head, hike up to Elfin Lakes, and then do a loop over little Diamond Head and come down Alice Ridge and end up at Alice Lake. That’s all primarily trails within the Squamish municipality.”

If the amendment is approved, the group says it could also influence planning in the adjacent Pinecone Burke Provincial Park and the proposed Watersprite Lake Recreation area.

That could possibly mean the creation of a days-long hike from Coquitlam to Squamish, as the club is considering the idea of developing a trail that would reach from park to park.

“What we’re trying to do is create some long-distance trails for people rather than just hiking to Elfin Lakes and back — you’d be able to keep hiking and see some wonderful country,” Kubik said.

He also said that the club will be meeting soon with the Aquilini Group for the construction of trails on Brohm Ridge.

He hopes the group will consider shouldering the trail-building costs in that area, as it would benefit clients of the proposed Garibaldi at Squamish resort.

Kubik noted some locals may feel apprehensive that a bigger trail system might bring an unwanted number of tourists.

“If they don’t like it now, they’re going to hate it more in 10 years,” he said, noting the population of the Lower Mainland is expected to increase.

Metro Vancouver forecasts a growth of one million people by 2050, which would presumably up the number of visitors to town.

“What you’ve got to do is build more opportunities recreation-wise,” said Kubik.

“So yeah, I get it, you don’t want to see more people. You want to have your own little special place, but the fact is this is not going to happen. We got all sorts of social media advertising great places to go like Joffre [Lakes,] and you get that kind of mess up there that you have to deal with. So isn’t it better to be a bit more proactive and create some more trails?”

Kubik says the club has been sending letters to the province.

If all goes according to plan, the legislature will approve the amendment and then BC Parks would get to work on planning.

Should everything line up perfectly, the club, partnered with BC Parks, could start putting its 1,200-person volunteer force to work next year. But, if the province drags its feet, it may take much longer for shovels to hit the ground.

Alternatively, if the feedback from the province and from the public is negative, the club may have to shelve the idea.

During their meeting on March 3, the District of Squamish council discussed the proposal.

There was some excitement.

“I read through this...I was on the edge of my seat all the way through. I’m excited by what’s proposed here,” said Coun. John French.

However, he called for more community engagement and noted there could be some vehemently opposed to the idea.

Coun. Eric Andersen called for the club to consult Squamish residents and noted that there could be an opportunity for the District to work with the mountaineering club on local resource roads, much of which are also being used for recreation.

Coun. Chris Pettingill observed the proposal could put a strain on local resources like search and rescue.

Ultimately, council instructed staff to respond to the club with feedback on the proposal and ask the club to engage with Squamish residents.