These two B.C. parks have been given modern upgrades

Two parks in British Columbia have received modern upgrades to give people more opportunities to experience the great outdoors.

Both projects are a first for BC Parks, who announced the updates to mark Canada's Parks Day. 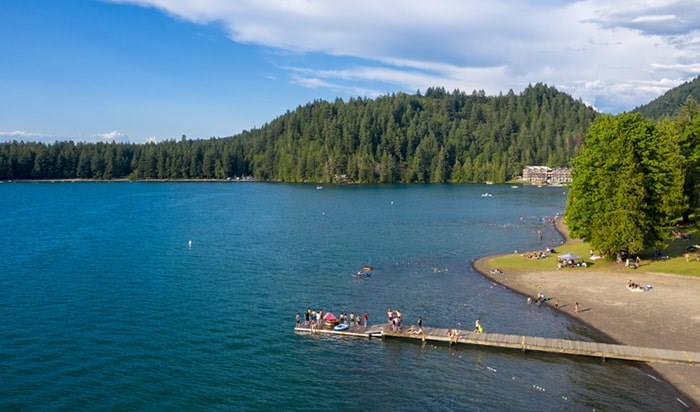 At Cultus Lake, in Chilliwack, the Maple Bay Campground cabins include a covered patio with a picnic table and stainless-steel cooking surface.

All guests have to bring is bedding, dishes and cooking stoves.

The 18.6 square-metre cabins fit up to five people and cost $90 per night. The cabins were constructed with the help of volunteers from GW Graham Middle school and the Canadian Armed Forces.

While Mount Robson Provincial Park is about a seven hour drive from Vancouver, the spectacular views of the Rocky Mountains make it worthwhile.

The sites have an RV charging station and an EV charging connection with 50amp service.

George Heyman, Minister of Environment and Climate Change Strategy, says the new cabins provide an opportunity for everyone to enjoy a night at Cultus Lake, and the EV charging stations at Mount Robson make clean transportation more accessible for the growing number of British Columbians taking advantage of CleanBC initiatives.

Both can be reserved on Discover Camping.

Parks Day is a national day to recognize the importance of parks for creating and maintaining healthy ecosystems, protecting critical habitat for species at risk and contributing to human health and well-being.