The 2019 fire season was a welcome reprieve from the last two record-breaking years, but B.C.'s fire suppression costs still went over budget.
0
Oct 5, 2019 6:49 PM By: Castanet

The 2019 fire season was a welcome reprieve from the last two record-breaking years, but B.C.'s fire suppression costs still went over budget. 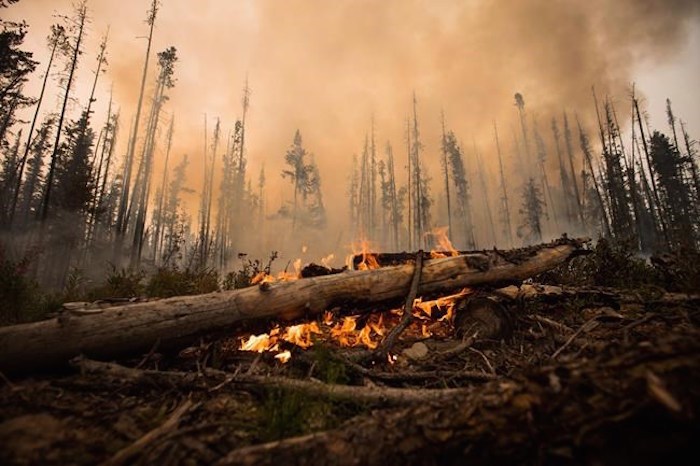 Inhaling smoke from a wildfire can be equal to smoking a couple of packs of cigarettes a day depending on its thickness, says a researcher studying wildfires in Western Canada. A wildfire burns on a logging road approximately 20 km southwest of Fort St. James, B.C., on Wednesday, Aug. 15, 2018. THE CANADIAN PRESS/Darryl Dyck

Despite the unprecedented wildfires, thousands of firefighters worked tirelessly across the province to contain the raging wildfires, and no one was killed by fires during either season.

This past spring, the provincial government announced they would be boosting the budget for fire suppression to $101 million, to allow for better planning and prevention. The government still has authority to spend well beyond what's budgeted though, when needed.

Despite fears of a “three-peat,” the 2019 fire season paled in comparison to the past two. Just 20,965 hectares burned across the province – 1.5 per cent of the area that burned the previous year.

B.C.'s suppression costs this year still hit more than $125 million though, although a portion of that is from assisting with fires in Alberta, Ontario, Yukon and Alaska. The province will recover about $18 million from those other jurisdictions.

That still leaves B.C. with a $107 million bill for a relatively tame fire season, $6 million more than the increased budget allows for.

The 10-year average for fire suppression costs is about $242 million, although the 2017 and 2018 figures no doubt skew that figure.

B.C. conservation officers handed out hundreds of fines and evictions over May long weekend
May 22, 2020 7:16 AM