THE MOST INSANE SALMON was just caught in B.C.

Our friends at Vancouver's Pacific Salmon Foundation aced it on Instagram this week, posting this insane photo of a Chinook salmon that was captured from the Wannock River on the Central Coast.

Our friends at Vancouver's Pacific Salmon Foundation aced it on Instagram this week, posting this insane photo of a Chinook salmon that was captured from the Wannock River on the Central Coast. 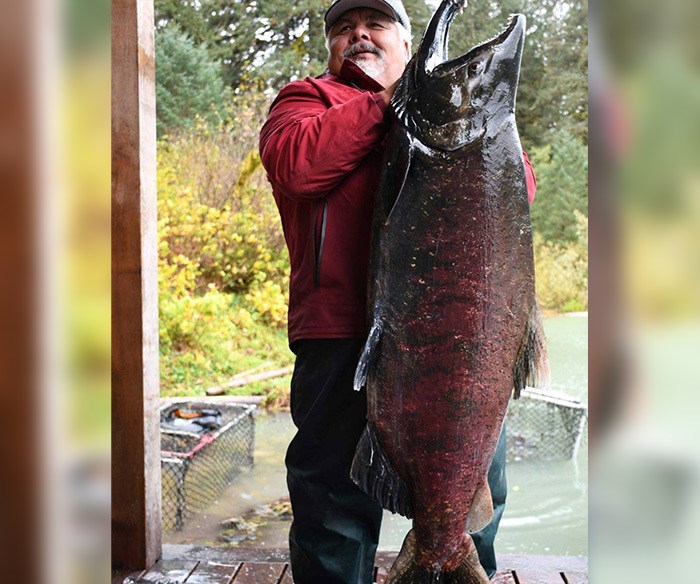 Ted Walkus, hereditary chief of the Wuikinuxv Nation in Rivers Inlet, B.C. This Chinook was captured for brood stock to raise the next generation of Wannock Chinook at the Percy Walkus Hatchery.

"Caught" is a bit of a stretch as it wasn't caught on a fishing line, but it was captured in a net as it was heading up the river to spawn. It sounds like a bad thing but it's quite the opposite; it was one of 94 fish that were captured as part of a conservation project by the nearby Percy Walkus Hatchery.

Each year volunteer crews help to ensure the next generation of Wannock River Chinook with by doing "egg takes" where they collect sperm from males and eggs from females and being them back to the hatchery to give them a way better chance of surviving than if they were left in the river to reproduce naturally.

This year they took more than 300,000 eggs which will be protected at the hatchery for months while they turn into fry and are eventually put back into the river to swim downstream and then return in a few years.

Oh, and the fish looks INSANELY HUGE because it is; the Wannock River salmon have arguably the best genetics in the world and the Chinook that people catch here while fishing are the ones you often see hanging in fishermen's living rooms. They are trophy fish.

The sportfishing industry in B.C. brings in millions of dollars of revenue every year from tourists as well as keeping local fishermen happy, and it supports a First Nation fishery that puts food on many, many tables in our province.

Keeping this river system healthy with wild fish is in the best interest of not only the ecosystem itself, but the industry, and all of the humans who enjoy fishing, and being able to support their families. It's a win win win. 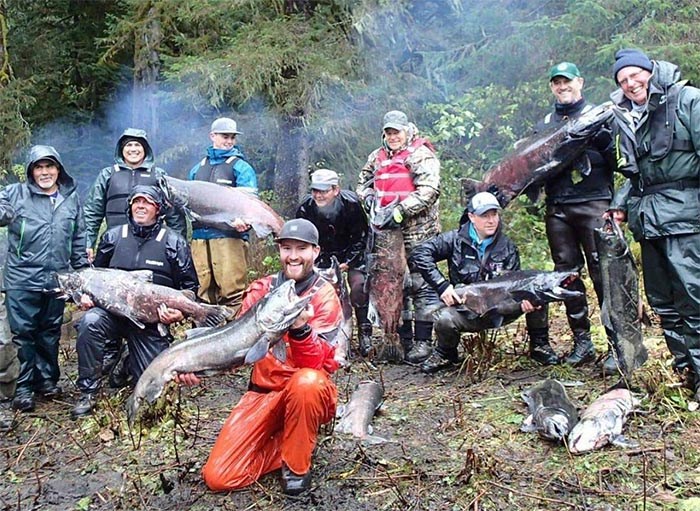