While local ski resorts are still about a month away from opening, significant snowfall in the Kootenays has led to a few early season avalanches.
0
Oct 25, 2019 7:38 AM By: Castanet 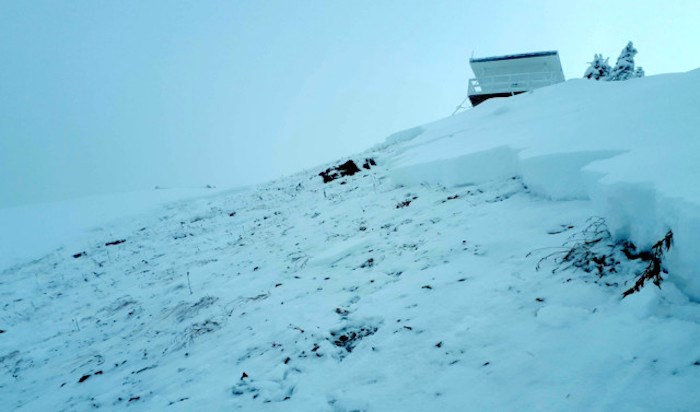 An avalanche was triggered in the Kootenays last weekend. Photo: Avalanche Canada -LEOROBERT.LEVESQUE

While local ski resorts are still about a month away from opening, significant snowfall in the Kootenays has led to a few early season avalanches.

A significant one was triggered Sunday, when a backcountry skier cut loose a slide on Idaho Peak in the Selkirk Mountains, just east of New Denver.

While the slab avalanche was 45 centimetres deep, 60 metres across and ran for about 350 metres into a stand of small trees, the skier made it out uninjured.

“It is starting to stack up out there, you look through some of the reports, anywhere from 50 (centimetres) to I've heard rumours of as much as knee-deep snow, say 75 centimetres up high,” said Grant Helgeson, senior forecaster with Avalanche Canada.

“It's alluring, but we have to remember it's such a new snowpack and it's sitting on rocks, or bare glacial ice, which is another problem. If you go for a ride on rocks, and by ride I mean avalanche, that is going to be nasty.”

While the official avalanche forecasts will not begin until Nov. 22, backcountry users have been updating Avalanche Canada's Mountain Information Network with their own early-season experiences.

In addition to the Idaho Peak avalanche, another was reported Saturday on McCrae Peak, south of Revelstoke, while another cut loose in Banff National Park on the same day.

Helgeson says he understands the excitement of a new ski and snowboard season, but says it's important to ease into it.

“Choosing well supported slopes, being curious about this really new and child-like snowpack that we have that can change really rapidly, I think that's going to be the best way to set yourself up for a nice, long and safe season,” he said.

Those waiting for the lifts to start turning still have about a month to go locally. Downhill skiing is scheduled to begin on Nov. 28 at Big White and SilverStar, with Revelstoke opening two day later. Apex, meanwhile, is set to open Dec. 8.