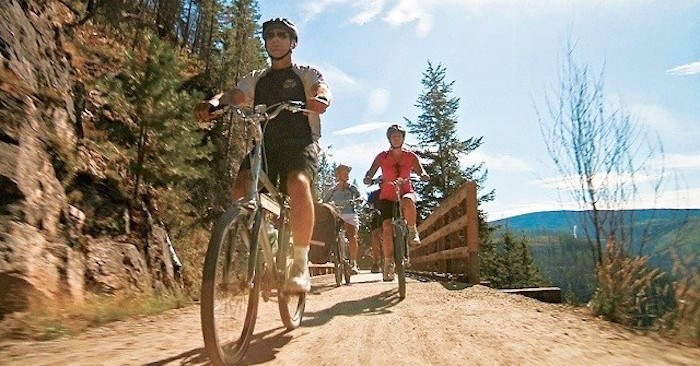 Photo: Province of BC

Electric-assist bicycles have become the rage this year, and they have proven especially popular on the Rail Trail and other paved paths in the Okanagan Valley.

BC Parks is implementing an e-bike policy to help protect sensitive wildlife, ecosystems and cultural values, the province said in a release Tuesday.

Following the e-bikes classification system already being used by industry and other government bodies, the new policy allows e-bikes in certain areas, depending on the classification.

Cycling in parks can have an impact on trails and wildlife, the Ministry of Environment and Climate Change Strategy said in their release.

"Electric bikes allow more riders to use trails and reach areas that were previously limited to a few visitors, leading to increased pressure on sensitive wildlife and ecosystems," they said.

The new e-bikes policy is now in effect. Anyone with an e-bike is encouraged to visit the BC Parks website for specific information on where they can ride.

Classifications for e-bikes can be viewed online here.

Must do winter snowshoe trails near Vancouver according to an 'obsessed hiker'
Feb 18, 2020 10:05 PM