More than 200 people volunteered at English Bay on Saturday morning to make sure their beach doesn't become a dump Cigarette butts, syringes, styrofoam takeout containers and Starbucks cups are constantly being left behind at beaches, creating safety
Dec 18, 2017 2:45 PM By: Duncan Anderson 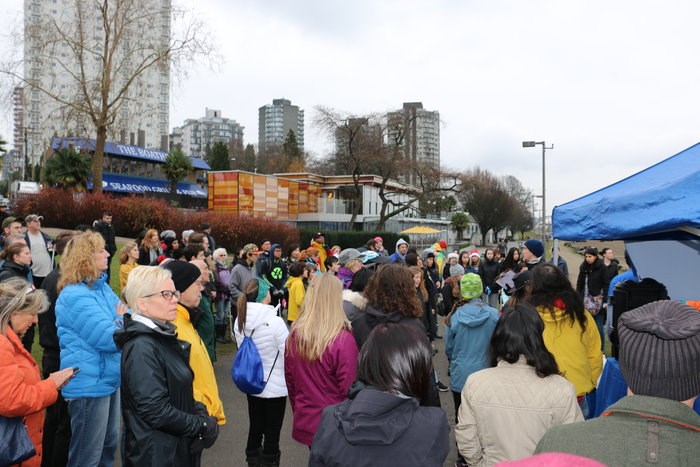 Led by Surfrider Foundation, a global environmental non-profit organization dedicated to the protection and enjoyment of oceans, the beach cleanup meant a few things.

It's meant to be a fun and easy way for everyone to get involved with the environment. The clean up gets people thinking about how climate change and their actions impact the environment around them.

It also means starting a dialogue with Canada's Environmental Minister to ensure Canadians have a right to clean air and fresh water.

“We have people signing a petition to Catherine McKenna, Canada’s Environmental Minister,” Bastos said. “We don’t have environmental rights enshrined in the Canadian Environmental Protection Act. The government has no responsibility to make sure you as a citizen has access to fresh water and clean air.”

According to Bastos, there are 110 countries around the world who recognize their citizens’ right to a healthy environment. Canada does not yet explicitly recognize this fundamental human right. 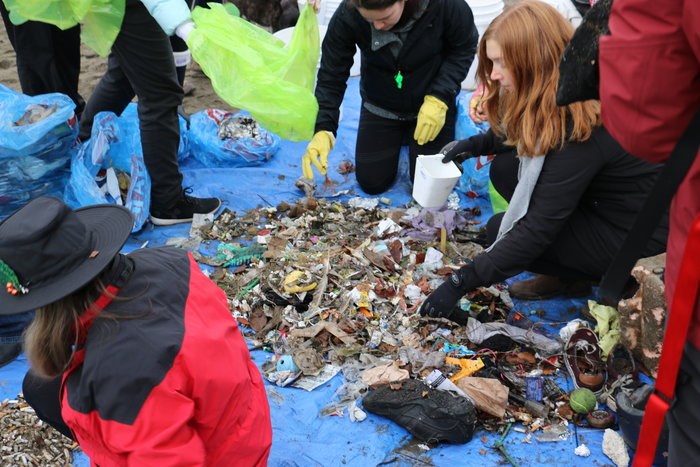 Yura Kulikov has been the chair of Surfrider since January 2017 and said that their petition to McKenna is in the early stages of something to be created.

“We really aren’t expecting any sort of answer from the government because it’s a little too early for that," Kulikov said.

According to shorelinecleanup.ca, out of last year’s most collected items of litter at volunteer cleanups that have taken place across Canada, 445,915 cigarette butts were collected. In second was 79,339 food wrappers and plastic bottle caps at 42,997 took third place. Check out ‘Canada’s dirty dozen list here’.

The English Bay beach cleanup was the last cleanup of the year for Surfrider and their 2018 calendar will be out soon. According to Kulikov, Surfrider has partnered with Patagonia to do a big trail cleanup in March 2018.