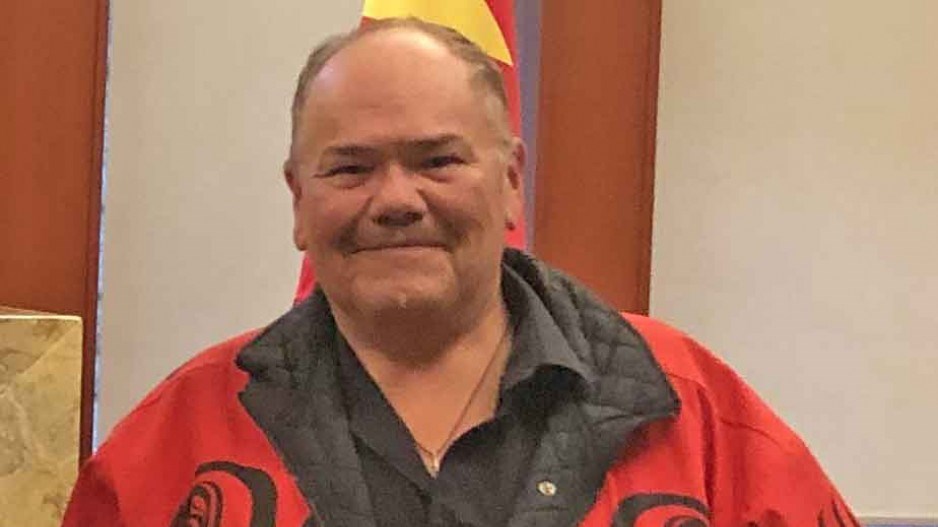 A First Nations commercial fisherman from Campbell River is leading the charge to revive the West Coast seal and sea lion hunt.

While there is money to be made from selling seal meat and fur, Tom Sewid, a director for Pacific Balance Marine Management (PBMM), said the main reason for resurrecting the hunt in B.C. is to protect salmon stocks.

“We’ve all identified that we’re losing our salmon due to overfishing, urban sprawl and many other compounding factors, but the biggest one being the overpopulation of seals and sea lions,” said Sewid, who has applied to the Department of Fisheries and Oceans for licensing for a managed seal and sea lion harvest.

For years, commercial fishermen have pointed to harbour seals as one of the culprits in declining salmon stocks in the Strait of Georgia and sea lions for declines in herring. A recent scientific study appears to back them up.

Historically, coastal First Nations hunted seals and sea lions, not only for meat and fur, but to protect salmon stocks.

“Up until contact, the First Nations were always removing the seals and sea lions from estuaries and rivers,” Sewid said. “They never would go up a river as far as a lake, because we forbid that.”

After a smallpox epidemic decimated coastal First Nations in the late 1800s, the federal government implemented a bounty on seals to keep them in check. But the bounty was cancelled in the 1960s, and in the 1970s hunting seals and sea lions was banned.

“The seal population exploded,” said Carl Walters, a retired federal fisheries scientist, who wrote the proposal for a seal and sea lion hunt for PBMM under the Fisheries Department’s new emerging fishery provisions. He is also one of the co-authors of a recent study on the impact of pinnipeds on salmon.

“We back-reconstructed seal population abundances back to about the time of the second big smallpox outbreak that devastated the First Nations population,” Walters said. “Back at about that time, when they were still hunting, we estimate that the seals were about half as abundant as they are today.”

A paper he co-authored in the Canadian Journal of Fisheries and Acquatic Sciences in 2018 found “significant negative correlations between seal densities and productivity of chinook.”

“Changes in numbers of seals since the 1970s were associated with a 74% decrease … in maximum sustainable yield in chinook stocks,” the study concludes.

Others have argued that seals are not the biggest menace to salmon, since salmon make up only 2% to 4% of their diet.

Walters, however, points out that juvenile salmon make up the bulk of that 2% to 4%. They are so small that it takes a lot of juvenile salmon to make up even such a small percentage of a seal’s diet. And there are a lot of seals in B.C. – an estimated 100,000 to 110,000.

“The calculation from the diet data is that they’re eating enough of them to reduce the survival rates by about 80%,” Walters said. “The data suggests they are the primary cause of the collapse of the Georgia Strait coho and chinook stocks.”

And on the west coast of Vancouver Island, sea lions may be responsible for declines in herring.

“The west coast of the island herring stock collapsed about 20 years ago, and it really looks like that collapse was caused by sea lion predation,” Walters said.

“The animal kingdom is out of balance,” Sewid said, “and the only way we’re going to rectify it is by the First Nations stepping in to do what they always did to protect the salmon and other finfish by our harvest.”

Andrew Trites, a marine mammal specialist at the University of British Columbia who co-authored the study that Walters was involved in, isn’t convinced a seal and sea lion hunt or cull is a good idea. It may have unintended consequences – impacts on transient killer whales, for example, which eat seals and sea lions.

He added there’s no guarantee that if some seals were removed  something else wouldn’t eat the juvenile salmon. There are so many variables affecting salmon mortality that it would be difficult to determine whether a reduction in the seal and sea lion population had the intended impact.

“There is increasing evidence that predators actually help keep populations healthy by removing diseased individuals, and the slow ones, and so that the ones that survive are the healthier,” said Trites. “So it’s not obvious that removing the seals would result in more fish coming back.”

First Nations don’t necessarily need commercial licences to harvest seals. They can hunt them, as they traditionally did, for food and social and ceremonial purposes.

But with the exception of some North Coast tribes, coastal First Nations in B.C. don’t eat a lot of seal meat anymore, Sewid said, which is why he wants commercial licences, so seal hunters can sell the meat and skins.

“There can only be so many predators on salmon, and right now seals have replaced, in many cases, the commercial fishery,” she said. “They’re eating tons of juveniles going out. Seals are harvesting the fish when they leave as juveniles and also when they return as adults. So they have a double whammy.”

Walters said the new emerging fishery proposal he submitted on behalf of the PBMM has been through several federal fisheries authority revisions, and is still under consideration.

“I think what’s happening is the fisheries management people … really want to keep this on the back of their desks for as long as possible because it’s so controversial.”