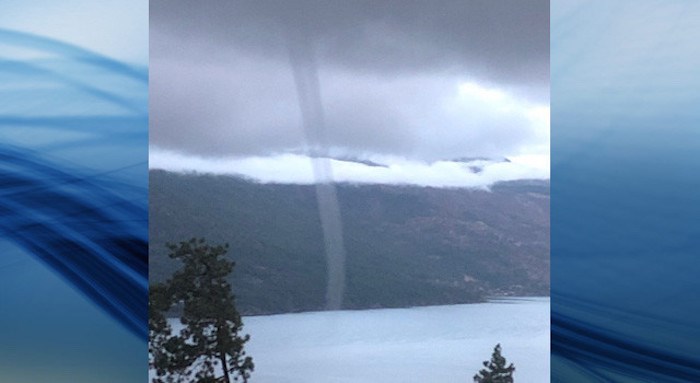 Dylan Fortin arrived at McKinley Beach about 6:30 a.m. to find the water spout stretching high above the lake, in the direction of Lake Okanagan Resort.

Fortin said the giant water spout lasted for about 10 or 15 minutes, and then a second was formed about 15 minutes later.

“It was pretty cool, you could see the moisture and everything just going up,” he said.

“They're pretty common in the Okanagan, particularly when we have a really unsettled airmass over us,” he said. “They tend to happen only over the lake when it's really cold and the lake is still quite warm.”

While the impressive spout may look like a tornado, the strong updraft doesn't actually pull much water from the lake.

“It's more like condensation due to pressure drop,” Lundquist said. “It's mostly just a strong updraft of really warm air in a cold airmass. They usually extend from the cloud downward like that to the water.”