The film and television industry is all about creation — of magical movie moments, jobs, stars and box office revenue. But it also creates megatons of waste — dirty, dirty waste — even on sets where the entertainment product is wholesome and clean.
Feb 5, 2019 3:06 PM By: Vancouver Courier

Showbiz can be dirty — and for once, we’re not talking about smut (although there’s plenty of that in showbiz, too). 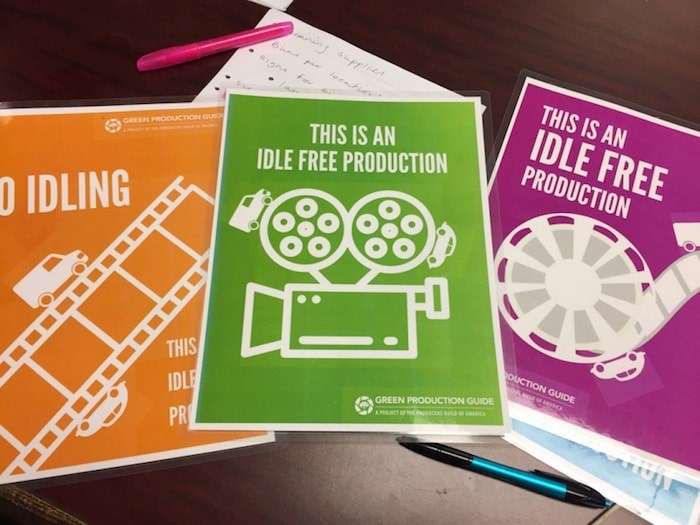 Thanks to consultancy firm Green Spark Group, more and more Vancouver-shot productions are trying to lessen their environmental footprint. (Submitted)

The film and television industry is all about creation — of magical movie moments, jobs, stars and box office revenue. But it also creates megatons of waste — dirty, dirty waste — even on sets where the entertainment product is wholesome and clean.

Bulky diesel generators spew emissions into the atmosphere. Garbage bins overflow with half-eaten food and plastic containers. Gas-guzzling vehicles cart actors and equipment and props to far-flung locations. Once filming is over, elaborate sets are sent to rot in landfills.

This careless behaviour has been industry-standard since the dawn of cinema, says Jennifer Sandoval of Green Spark Group.

Green Spark Group is a consultancy firm, and the only one of its kind in Canada. Founded by Zena Harris in 2014, Green Spark works with studios and green partners in Vancouver and Los Angeles to make their productions more sustainable.

“On a production, everybody is super focused on what they have to do, and when you try to add one or two things on there — ‘How about setting up a recycling system?’ — nobody wants to do it,” says Sandoval. “It requires a behavioural change, and that can be the hardest thing to try to do.”

But the industry can no longer afford to hold tight to outdated, unsustainable practices — not if it wants to save money and, you know, not actively destroy our ailing planet.

On Jan. 17, Vancouver city council unanimously voted to declare a climate emergency in the city. “While it sounds scary, it validates what we’re doing, because there is an urgency to act right now,” says Sandoval. “If you can’t really see the risks in front of you, it’s hard to act. This boosts the work we’re doing.”

When The X-Files returned to Vancouver in 2015 to film its highly anticipated 10thseason, showrunner Chris Carter announced early on he wanted his production to be aggressively green. Green Spark worked with Carter and Fox (the studio, not Mulder) to divert 81 per cent of its waste from landfills. “He was a pioneer,” says Sandoval. In 2016, Carter was recognized with VIFF’s Industry Builder Award for his vision and leadership. 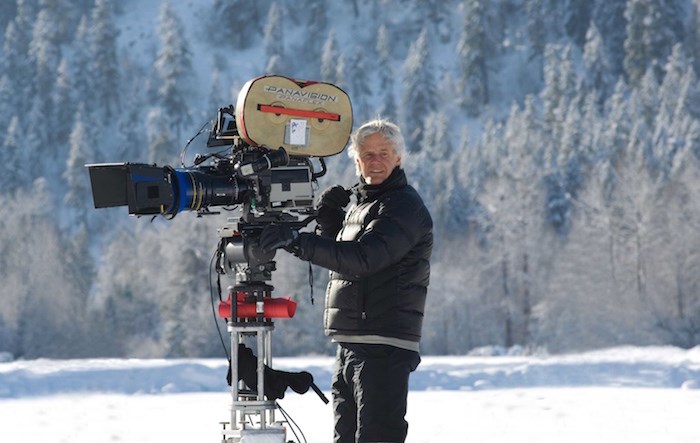 In 2016, X-Files showrunner Chris Carter was recognized with VIFF’s Industry Builder Award for his vision and leadership. (Submitted)

For The X-Files’ 11th season, Green Spark and Fox upped the stakes by developing a food distribution program that diverted uneaten food to homeless shelters and transitional houses for domestic violence survivors.

“Before that, we would see big tin trays, six to 10 of them, every single day, some of them not even opened,” recalls Sandoval.

The distribution program was so successful that Fox started getting calls from other studios. “Everybody wanted to do it,” says Sandoval.

Green Spark works closely with production-assistant-turned-recycling-guru Kelsey Evans to divert sets from dumps, and with alternative portable power companies to supplement, if not entirely replace, the massive diesel generators that are mainstays on local film sets. They’ve developed open source documents and videos with Creative B.C. so that micro-budget productions that might not be able to afford a consultant can still make their show or series as green as can be.

Sometimes, Green Spark’s main task is simply standing in the food tent on set and helping people figure out which item goes in which bin “Some people just throw everything into the first bin they see,” says Sandoval.

It’s difficult to change attitudes and behaviour, says Sandoval. But what keeps many productions from making changes in the first place — money — is what ultimately wins them over.

“Even switching from single water bottles to using those big ones and everybody brings their own, the average savings is over $50,000 for a production,” says Sandoval.

Participation in green initiatives is voluntary, and there’s no penalty for productions that stick to the old ways.

“It’s hard for productions to get motivated,” says Sandoval, who is currently spending her days on the set of the fourth season of The Man in the High Castle. “Even with the anti-harassment stuff, they’re now required to have information sessions for every production. That’s all over North America. We’ve attached ourselves to that and said, ‘OK, there’s respect in the workplace, but you need to also have respect for your workplace.’”