Grouse Mountain is open to skiers and riders for the season

Grouse Mountain will welcome skiers and riders to the resort for the first turns of the season on Wednesday. Mother Nature has helped the mountain’s snowmakers prepare Paradise Bowl and Paradise Jib Park for the opening.
Dec 5, 2018 7:31 AM By: Maria Spitale-Leisk

Grouse Mountain will welcome skiers and riders to the resort for the first turns of the season on Wednesday. 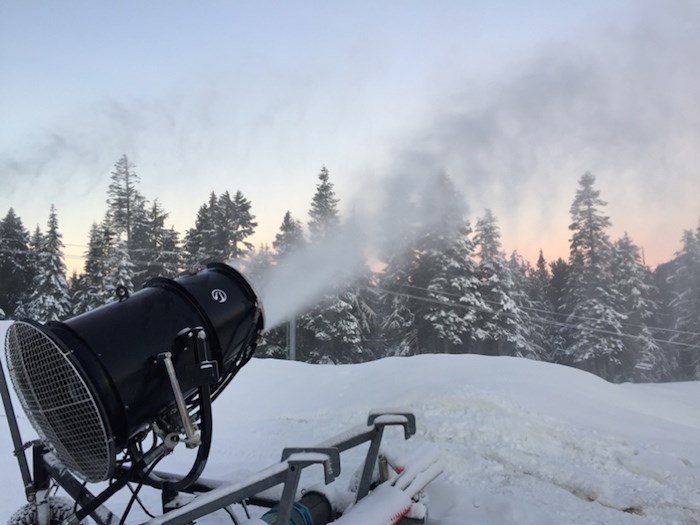 “Our snowmaking team has done a great job taking advantage of the recent cold temperatures. We’re working to open up more terrain as soon as possible,” stated Grouse Mountain’s director of mountain operations, Grant Wahl, in a press release.

Skiing and riding at Grouse will be available from 3:30 p.m. to 10 p.m. on Wednesday, and then from 9 a.m. to 10 p.m. starting Thursday – at mountain admission ticket rates until more terrain is opened.

This winter season marks a significant milestone for Grouse, as the mountain celebrates 25 years of terrain parks. A season opening event is scheduled for Friday at 6:30 p.m. in Paradise Jib Park.

Only the Easy Rider chairlift – which accesses the green level run, Runway – is operating at the moment. However, if everything stays on track, weather-wise, Cypress is hoping to open more terrain on Friday.

Single lift tickets are on discount during opening week at Cypress, with the ski hill open from 10 a.m. to 3:30 p.m.

Mt. Seymour has not announced when their season will start.

There’s an “outside chance” we could see snow in the city later this week, according to Environment Canada meteorologist Dave Wray.

A fairly good ridge of high pressure over the Lower Mainland is expected to last for several days which will allow the overnight temperatures to drop.

The next weather system is expected to swing through Friday or mid-morning Saturday.

“At least initially, we are looking at a slight possibility of some mixed rain-snow or some white stuff in the city,” said Wray.

That may spell good news for the North Shore ski hills which could receive a big dump of snow this weekend.

As the weekend progresses temperatures will warm up, at least at sea level.

“If we do get snow in the city or the Metro Vancouver area, it won’t be long-lived and it won’t be too much either,” said Wray.

While the local ski season is off to a slow start, lower freezing levels forecasted for December and January should bring some more white stuff to blanket the hills – but don’t expect bone-chilling temperatures.

“We are looking at a slighter milder than normal winter, especially when compared to last year and the year before,” said Wray.

Both Cypress and Grouse mountain resorts kicked off the last ski season with one of the earliest opening dates ever – Nov. 9.

More typically, both local mountains open for skiers and snowboarders in the last 10 days of November or even early December.

Meanwhile, it’s still too early for meteorologists to say if it will be a white Christmas in Vancouver this year.

In any given year, the Metro Vancouver area typically has a 15 per cent chance of having a white Christmas.

Grouse’s mountaintop has transformed into the North Pole for its annual Peak of Christmas celebration, which runs until Jan. 6.

Guests can visit with the big guy himself in Santa’s Workshop, or glide along Grouse’s 8,000-square foot skating pond surrounded by trees adorned with glimmering lights, among other holiday activities.