Over the past few years a number of news stories have popped up about giant sturgeon being caught in the Fraser River.
0
Jun 2, 2016 10:58 AM By: Bob Kronbauer

Over the past few years a number of news stories have popped up about giant sturgeon being caught in the Fraser River. Each is seemingly larger than the last and the way the pieces are framed you might think these beasts are a rare catch in our watershed... but the truth is that they're actually not. While the Fraser River Sturgeon is a Species of Special Concern these giant fish are caught every single day by a number of different professional guides.

Steve Kaye is one of these guides. He owns a company called Sturgeon Hunter that takes guests out on trips to catch sturgeon, and on May 28th one of his clients hooked into the insane fish below. Measuring in at 11'2", he guessed that it weighed around 750 pounds and was over 100 years old. It took 2 hours to reel in and it's the largest he's got into in his 18 years guiding. He also claims it's the largest caught by anyone on the river so far this year. 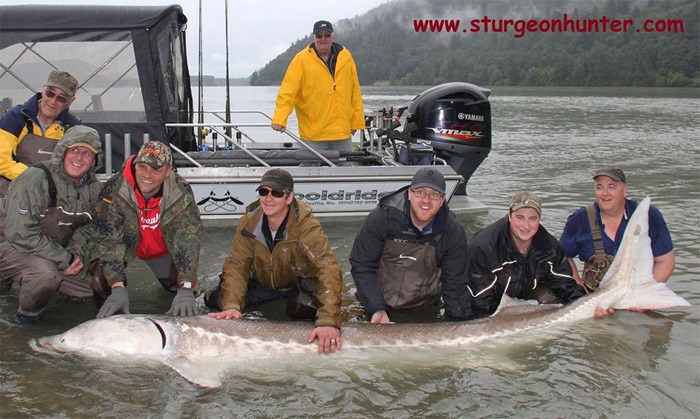 You might ask yourself "Why are people catching these fish when they're nearly endangered? Who the hell would do that?!". The answer is people (like me, as a matter of fact) who want the thrill of catching a monster while also helping the species make a comeback after being nearly fished to extinction historically. The fishery is entirely catch and release - if you keep one of them in BC you'll end up with a hefty fine and could go to jail - and most of the guides who take people out participate in the Fraser River Sturgeon Conservation Society's monitoring and assessment program.

I went out with Tony Nootebos from BC Sportfishing Group a couple years back and hooked into a few of these giants, getting a close up look at how the program works. Essentially the guides sign on as volunteers and every fish that's caught from one of their boats gets tracked. 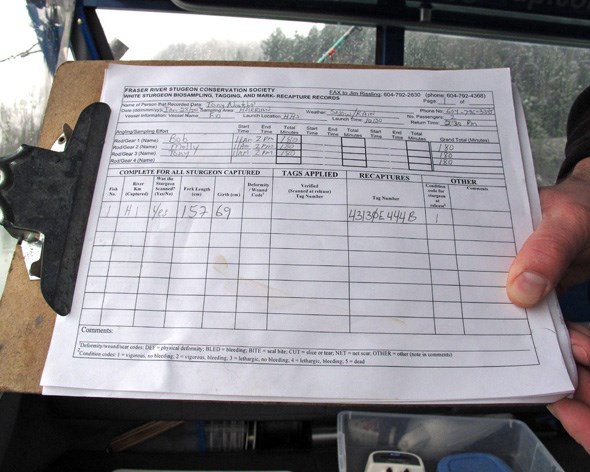 The tracking is done by way of a microchip that tens of thousands of them have installed in their heads. A device is used to check each fish for one when they're caught, mesaurements are then taken and the fish is let back into the river. The information is sent to the society which is then able to track each individual fish, their health, their migration patterns throughout the river system, and more. It's a citizen science approach and without it they wouldn't know what the hell is going on with these fish.

If a guide or their guest catches one and they don't have a chip in their head, they install one using a needle. The society supplies everything, and operates thanks to from generous donations of money as well as time from the guides. 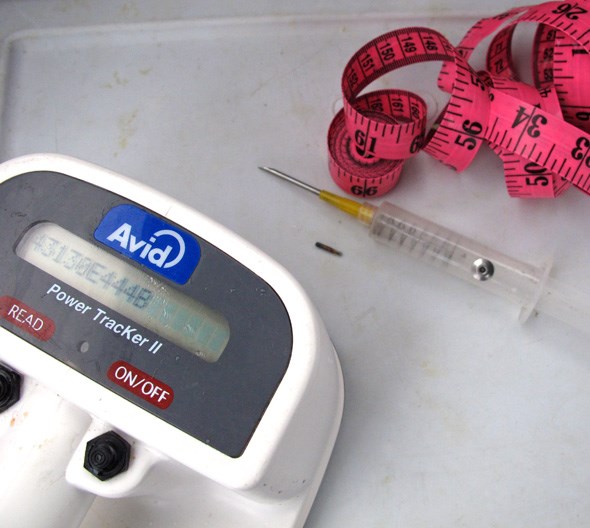 The chip reader on the left detects chips in sturgeon caught. The needle on the right is used to install the chips into ones that don’t have them.

Here's a closeup look at the chip... 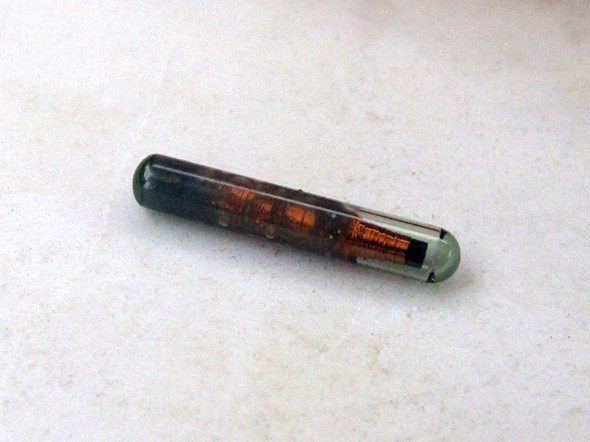 And I'll leave you with a fun B.C. fact: Rick Hansen is an avid sturgeon fisherman and is the Honourary Chair of the Fraser River Sturgeon Conservation Society!