B.C. could soon get a new “world-class, all-season, backcountry-oriented mountain destination"
May 27, 2020 1:41 PM By: Castanet 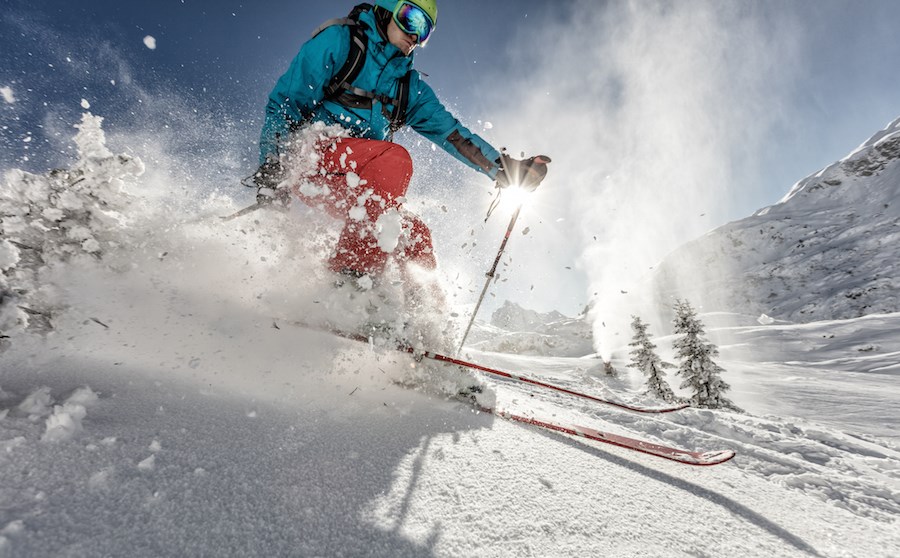 A New Denver developer’s plans to build a “world-class, all-season, backcountry-oriented mountain destination… complemented by a pedestrian-only environmentally sustainable Mountain Village” is about to get its first test of public support.

David Harley, who founded Valhalla Pure Outfitters, has plans to build a multi-million resort near New Denver to attract skiers, mountain bikers, and hikers to the area.

His company, Zincton Farms, has just posted a request for public comments on the project’s Expression of Interest (EOI) document. An EOI is the first step in the long approval process for all-season resort proposals.

“The Zincton community plan is not finalized of course, but it will be a complete re-set on what a ski community can become. It rewrites the established norms compared to all existing ski areas – which usually follow a 50-year-old model centered around parking lots and condos,” Harley told the Valley Voice in an email. “Except for a couple chairlifts, maybe three, all development excluding the backcountry Lodge will be on 1,000 acres of private land that my wife Kelley and I have owned for close to 20 years.”

According to documents filed by Harley to New Denver Village council and the Mountain Resorts Branch of the Ministry of Forests, Lands, Natural Resource Operations and Rural Development, the project will be a year-round facility that will bring a lot of jobs and investment to the area. Staff accommodation will be provided.

Built on a bench with 12,000 acres of skiable area, the project is bigger than Whistler and Blackcomb combined, says the EOI summary. It notes a 7,000-foot difference from the parking lot to Whitewater peak, with terrain of varying difficulty. The area receives up to 60 feet of snow in winter.

“Our inspiration is Murren in Switzerland, across from the Eiger,” Harley said in his email. “Zincton will also sit way up on a sunny bench way above the valley bottom, and access will be via gondola.”

The project is about eight kilometres from New Denver along Highway 31A. Parking just off the highway, resort users would take a gondola to a mountain village designed to be walkable and eco-friendly. The village, on Harley’s private property at the Three Forks end, will have private cabins, B&Bs and bunkhouses – but no hotels or condos. It won’t have a day lodge, but rather a developed commercial area with restaurants, bars, spas, general store, and other resort-related businesses.

A four-star backcountry lodge below Whitewater Peak that can accommodate about two dozen guests nightly is included in the plans.

“The proposed development will blend the lift-serviced recreation experience offered at traditional mountain resorts with an extensive and accessible backcountry offering increasingly being sought by the skier marketplace,” the EOI states.

“This range of winter experiences will be matched in summer by a hiking and mountain bike trail network offering challenging hikes, epic rides, and a backcountry mountain experience, says the report. “The trails will range from short, accessible trails to full-day mountain adventures for the more ambitious.”

The resort could comfortably handle up to 1,750 skiers daily, the EOI says.

It is expected to first open by 2022, and take about eight years to complete.

The developer says one of its guiding principles is to “establish a destination that government, industry, and the public will recognize as a leading example of environmentally sensitive, socially and culturally responsible development.”

The development is designed to be “near carbon-zero” says the EOI report, using run-of-river electric power, solar panels, and battery reserves. The layout of the village and trails for skiing and biking encourage human-powered movement throughout the facility. A long-range master bike trail plan would see those trails connecting to other regional routes.

“It is the first ski community in the world to join Yvon Chouinard’s ‘1% for the planet,’ so our approach comes from a ‘preserve and protect’ stewardship mindset,” Harley’s email says. “Low-impact, human powered activities without burning diesel or jet fuel is our pathway.”

A full environmental study of the area is still to be completed. The report notes that initial online research found one Blue-listed plant species in the area 40 years ago, and there may be several species of rare dragonflies on a nearby lake. Blue-listing means a species is vulnerable in that area.

The report says mountain caribou are designated as extinct in the area, and no sign of other ungulates were found. Several varieties of fish, including rainbow trout, can be found in nearby lakes and creeks.

The project would create over 200 jobs from the resort itself to associated restaurants, spas, retail and other facilities, and another 100 spinoff jobs regionally. Nearly 150 construction jobs over the eight years of projected construction will bring more than $300 million annually to the region. A payroll of $20 million annually will generate steady income after construction is complete.

Zincton Farms also raised the idea of the Village of New Denver expanding its boundaries to include the resort area, and provide fire and emergency services.

Zincton’s proponents spoke to New Denver council in March, seeking its support. Council asked staff to draw up a report on the project and options for New Denver’s position.

“Although council members acknowledged the benefits of an economic driver such as this in the area, they agreed that a report on the potential risks, costs and benefits of the proposed development to the Village would be prudent, and would help them make informed decisions,” said a staff report at the time.

The proponents caution the proposal is still in its early stages, and consultations with First Nations, other local governments and interest groups still have to occur, which may alter the plans.

The public has until the end of day on Monday, June 22 to submit their comments on the EOI to the provincial government.