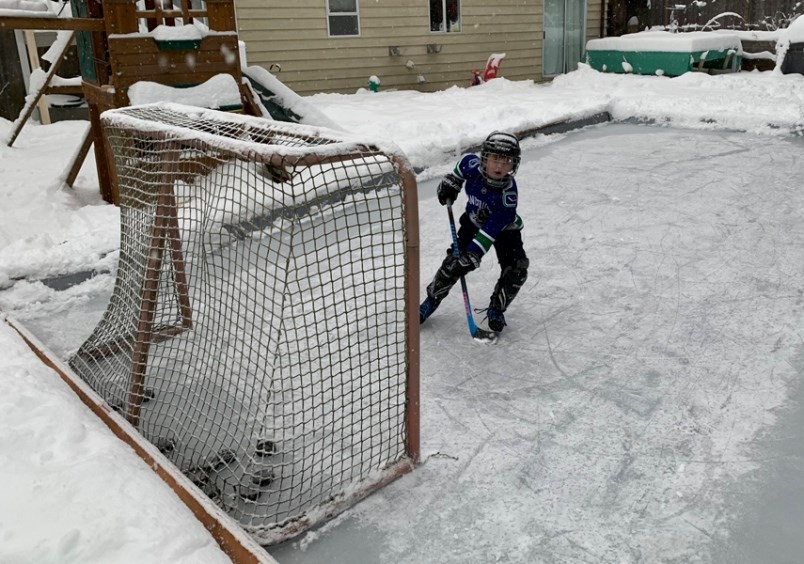 As temperatures plummeted below zero this week, some Metro Vancouverites had one thing on their mind, and one thing only.

To build a backyard ice rink, of course.

It's relatively rare that families on the West Coast get cold enough temperatures that allow them to follow the dream lived out in other places across the country of creating a backyard skating rink—but this week it happened, and hockey pucks have been flying across yards.

Proud rink makers have been sharing photos of their rinks on social media, with happy children pictured getting as much use out of them as possible.

Vancouver columnist Grant Lawrence posted a series of photos to Instagram of his backyard rink from start to finish. He began making the rink four days ago, in anticipation of the frosty temperatures, and it was ready just in time for Vancouver's snow day.

Here we go again... another #backyardrink underway... but will it actually get cold enough...?

A fellow Vancouverite, that goes by the Reddit username Dtoozy, shared a photo of their backyard rink to the Reddit page r/vancouver and said they filled up their "pool cover with about five inches of water early Monday morning, then lucked out with perfect conditions."

Over in North Vancouver, Jason English sent in photos to North Shore News of the rink he and his family made in the backyard of their Lynn Valley home.

His six-year-old son Lucas has been getting in all the skating he can before the ice melts, particularly taking advantage of yesterday's snow day to keep the pucks flying.

The dream may be over soon, however, as this week's freeze appears to be ending already with warmer temperatures and heavy rain forecast for the next several days.

"It's not every day you can skate in your backyard on a snow day from school," English said.

Take a look at the rinks: 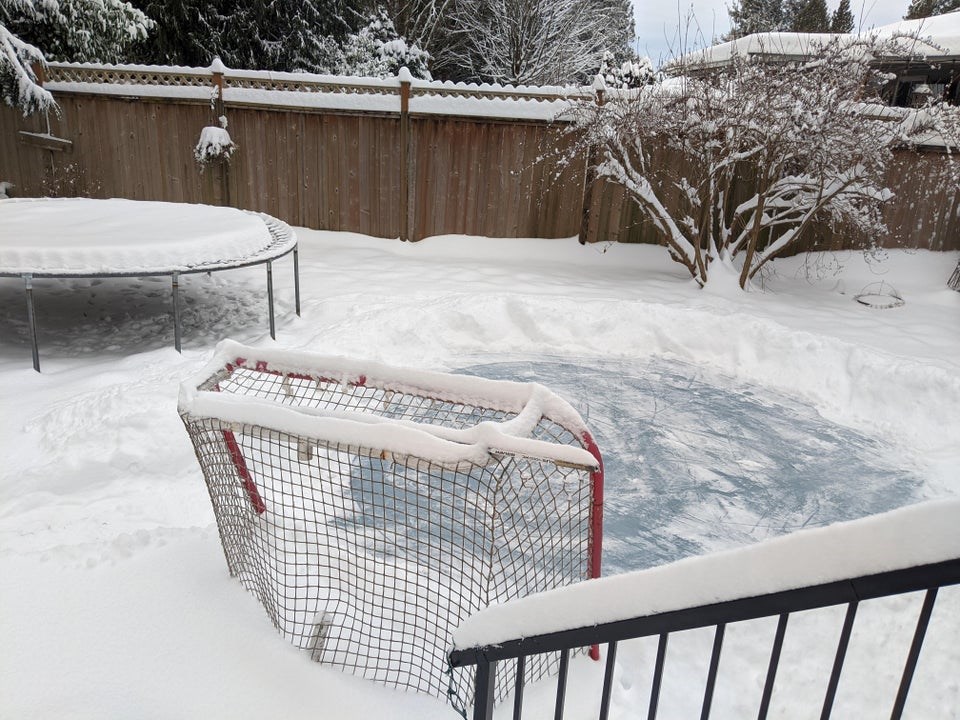 Reddit user Dtoozy, shared a photo of their backyard rink to r/vancouver and said they filled up their 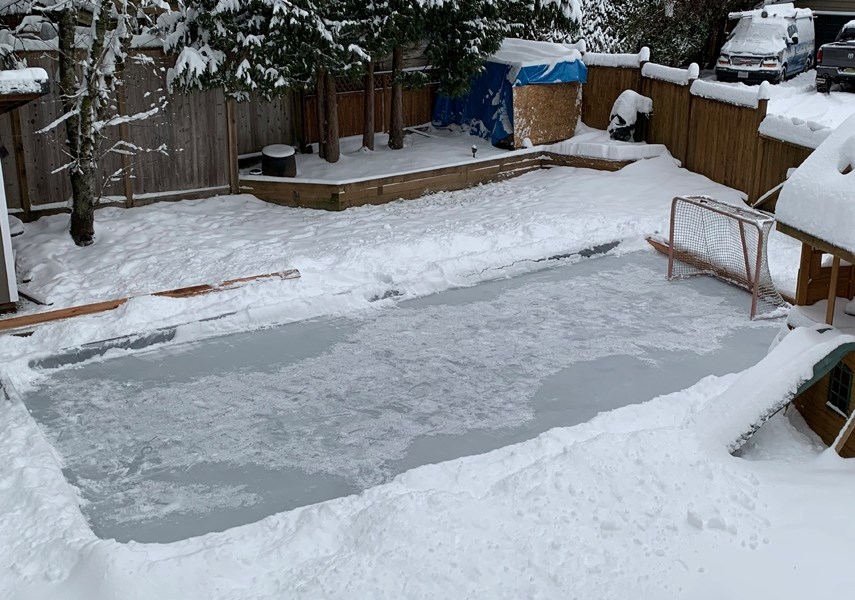 It’s ready! Thanks for all the advice on the frozen taps. Jill’s hairdryer worked! #backyardrink

Rink is now bigger, after a little more shovelling. pic.twitter.com/oPjlPkGkD9

Must do winter snowshoe trails near Vancouver according to an 'obsessed hiker'
Feb 18, 2020 10:05 PM
Comments
We welcome your feedback and encourage you to share your thoughts on this story. We ask that you be respectful of others and their points of view, refrain from personal attacks and stay on topic. To learn about our commenting policies and how we moderate, please read our Community Guidelines.