A pioneering study of seven belugas in Canada's remote Arctic waters has found microplastics in the innards of every single whale.
0
Nov 22, 2019 7:16 AM By: The Canadian Press 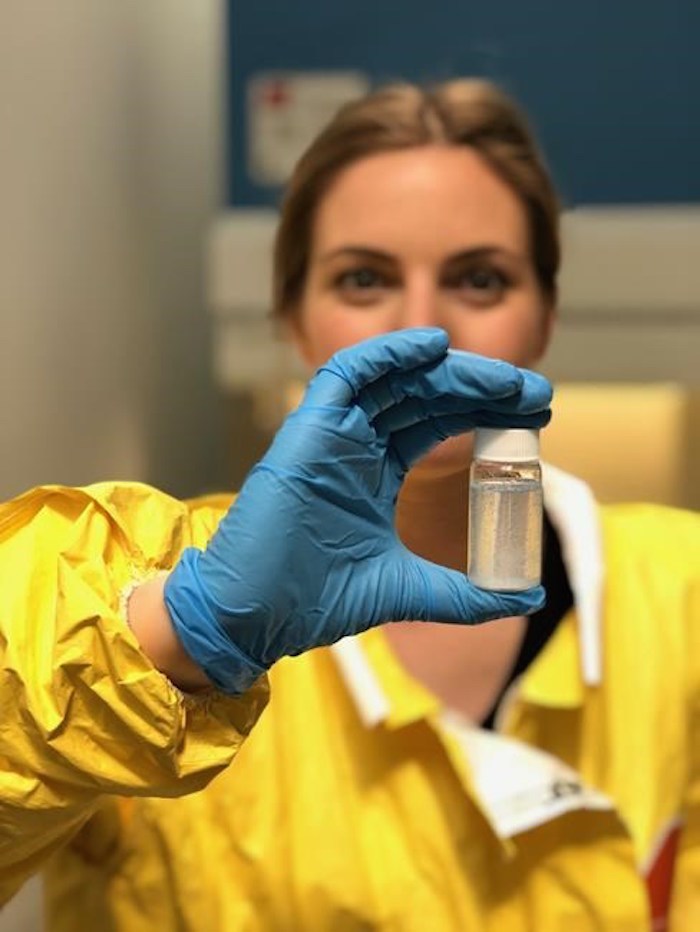 A pioneering study of seven beluga whales in Canada’s remote Arctic waters has found microplastics in the innards of every single one. Ocean Wise researcher and Simon Fraser University masters student Rhiannon Moore shows a vial of microplastics at the Ocean Wise Plastics Lab in Vancouver in a November 2019 handout photo. THE CANADIAN PRESS/HO-Ocean Wise, Valeria Vergara

VANCOUVER — A pioneering study of seven belugas in Canada's remote Arctic waters has found microplastics in the innards of every single whale.

Researchers from Ocean Wise worked with hunters from the Inuvialuit community of Tuktoyaktuk, N.W.T., to collect samples from whales they harvested between 2017 and 2018.

They found an average of nearly 10 microplastics, or particles less than five millimetres in size, in the gastrointestinal tracts of each beluga.

The study was published last week in the Marine Pollution Bulletin and conducted in partnership with Fisheries and Oceans Canada and Simon Fraser University.

Ocean Wise says it is the first study of microplastics in a marine mammal in Canada.

Lead author Rhiannon Moore says she wasn't expecting to see so many microplastics so far north.

"It actually surprised me at first. I thought, this is a far-north top predator in the Arctic in a fairly remote place," Moore says in an interview.

It demonstrated just how far microplastics can travel and how they've penetrated even the most remote environments, she says.

"It definitely tells us they're ubiquitous, they're ending up everywhere," she says. "It's a global problem, it's not a contained local problem, so it's going to take a lot of different actors — government, industries and consumers — to try to limit the flow."

Nine different types of plastic polymers were identified in the animals, with polyester being the most common.

While Moore says she believes they would have passed through the whales' digestive tracts without any immediate consequences, there's still very little known about the potential long-term health effects of prolonged exposure.

It's also unknown how the microplastics entered the whales, but Moore says she thinks they most likely ate fish that had already ingested the plastic.

Her next study will focus on microplastics in beluga prey.

Moore says the community of about 900 people, who live on the shores of the Eastern Beaufort Sea north of the Arctic Circle, was a key partner in the project. The whales are an important source of nutrition and are closely monitored for contaminants.

It gave the researchers the advantage of studying healthy specimens, compared with studies in other parts of the world that have looked at microplastics in whales found dead.

"There have been some European studies on whales that have essentially washed up and that's another reason why this study is unique — these whales, they didn't wash up on a beach so there's not really that bias where they're already sick or injured. They are a healthy population," Moore says.

Moore says she suspects marine mammals closer to populated areas are likely to ingest even more microplastics than the Arctic belugas.

"It does raise questions about what other whales might be exposed to," she says. "I definitely think about that, that's a question that keeps me up at night a little bit."

This report by The Canadian Press was first published Nov. 22, 2019.