Only 21% of old growth forest left on Vancouver Island

A quarter of a century ago, the largest environmental protest in B.C. took place in Clayoquot Sound.

The War in the Woods, which pitted protesters against MacMillan Bloedel, peaked in 1993 when 800 people were arrested for blockading the corporation’s logging operations in a large-scale effort to save the sound’s old-growth forests. 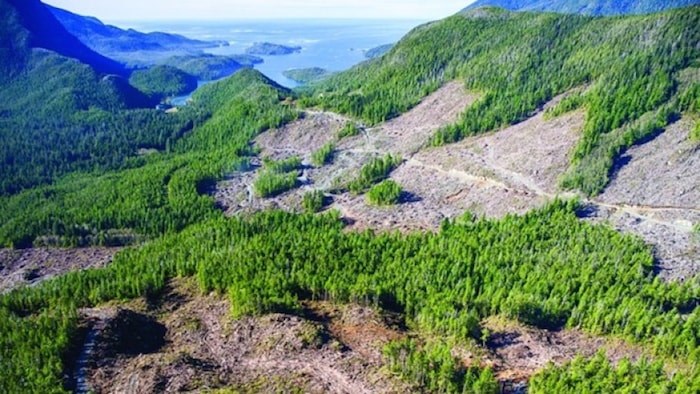 The protesters eventually won that battle. In 2000, Clayoquot Sound was declared a UNESCO biosphere, and the provincial government introduced new limits on clearcutting.

Emboldened, environmentalists expanded their campaign and were successful in getting a 6.4 million hectare swath of coastal forest protected under the Great Bear Rainforest agreement, which limits logging activities to just 15 per cent of that area.

Despite those victories, all is not necessarily well on Vancouver Island, according to Sierra Club BC, which is using the 25th anniversary of the War in the Woods to call attention to the continued logging of old-growth forests on Vancouver Island.

Trees that are 250 years old or more are considered old growth. Even areas that have been logged in the past may still have a few of these ancient giants. That would not be considered an intact old-growth forest, however, which the Sierra Club defines as one that has never had any industrial disturbances, like road building.

While Clayoquot Sound has been made largely off-limits to logging, there are other patches of Vancouver Island – notably an area just outside of Brooks Peninsula Provincial Park – that are still being logged.

Wieting said 31 per cent of productive old growth was still intact on Vancouver Island in 1993. It’s now down to 21 per cent, he said.

“We know that 30 per cent is a dangerous threshold. Once you are below 30 per cent of your original ecosystem, species are disappearing – the web of life unravels.”

Susan Yurkovich, CEO of the Council for Forest Industries, questions the Sierra Club’s figures. She said 55 per cent of Crown-owned coastal old-growth forests in B.C. are protected and off-limits to harvesting.

But a significant portion of those forests are found in other areas of the coast, not Vancouver Island. Roughly one-fifth of the Island’s working forests are privately owned by TimberWest and Island Timberlands – a legacy of the Dunsmuir land grant in the 1800s that was made for the building of the E&N Railway. The land eventually ended up in the hands of forestry companies.

There are fewer restrictions on private forests than on Crown land, so there is little, if any, old-growth forest left on the private lands on Vancouver Island.

There are still pockets of intact old growth on Vancouver Island that are Crown-owned, however. Some critical old-growth forest systems are still not protected from logging, Wieting said. An area known as East Creek outside Brooks Peninsula Provincial Park is the area of greatest concern.

The Lemare Group has cutting rights there, and since 2014 the company has been logging in a lower valley of East Creek.

Another area of concern is the Walbran Valley. It is not being logged, but it represents the largest area of intact old growth on southern Vancouver Island, and only 40 per cent is protected against future logging, according to the Sierra Club.

Wieting is calling out the BC NDP government for what he says is a failure to live up to a campaign promise.

In its platform, the party promised to extend the same management approach established for the Great Bear Rainforest to other areas of B.C.

“We will take an evidence-based scientific approach and use the ecosystem-based management of the Great Bear Rainforest as a model,” the platform stated.

“The new government promised in the election that they would use the model from the Great Bear Rain forest for old-growth solutions – and they have not taken meaningful steps since taking power,” Wieting said.

B.C. Forests Minister Doug Donaldson was not available to respond to the Sierra Club’s concerns.

Yurkovich said the coastal forest industry has already lost a significant amount of harvestable timber on the coast. The creation of the Great Bear Rainforest alone removed about 1 million hectares from the coastal annual allowable cut, she said.

“The cut is down dramatically to what it was 25 years ago,” she said. “I understand they want to use this as an opportunity to reinvent the War in the Woods. The fact of the matter is that harvesting is considerably different than it was 25 years ago.”