Here are 8 outdoor ice skating venues to check out (weather permitting!) this winter in and around Metro Vancouver.
0
Nov 10, 2017 9:26 AM By: Lindsay William-Ross

We can hit the ice rink all year round in Vancouver--this is Canada, after all!--but there's just a few short weeks each year when we can go ice skating outdoors.

While there are a handful of "sure things" when it comes to regularly operated outdoor skating rinks, there are also some public park waterways that may open to skating if the conditions are deemed safe by local authorities.

Here are 8 outdoor ice skating venues to check out (weather permitting!) this winter in and around Metro Vancouver. 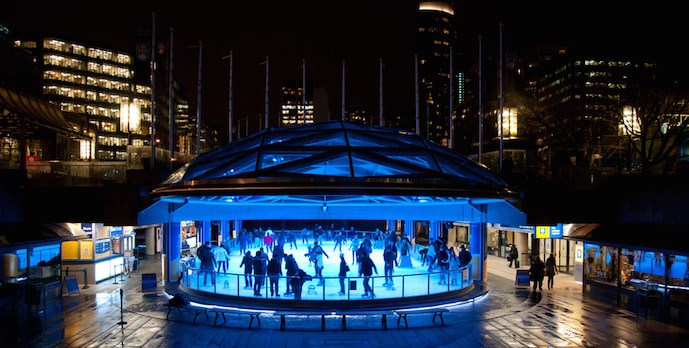 One of Vancouver’s favourite winter things is free ice skating at Robson Square. Downtown Vancouver’s only outdoor ice skating rink will operate this winter from December 1, 2017 until the end of February, 2018. Skate rentals available; cash only. 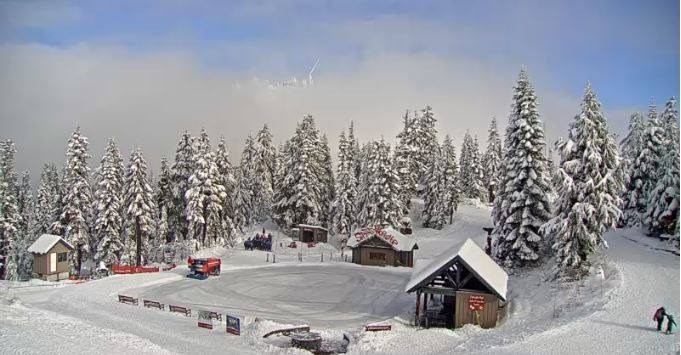 The 8,000-square-foot ice skating pond at Grouse Mountain happens to be the only mountaintop skating rink in the lower mainland, and they kicked off their skating season on November 7. Admission to the rink is included with a Grouse Mountain Alpine Experience ticket, Snow Pass, or Annual Local’s Pass. Skate rentals are available for all ages on site.

Skate on the fairways outdoors in Tsawwassen for some old fashioned fun. The small rink offers big views of the North Shore Mountains, and a festive atmosphere. No rentals--bring your own skates.

Skate like a champion in the heart of Whistler Village at the seasonal rink in Olympic Plaza. Hit the ice while enjoying the surrounding views of mountains, the Olympic Rings, and holiday lights. Opening date has been set for December 9, 2017. Free admission, skate rentals available for $6. 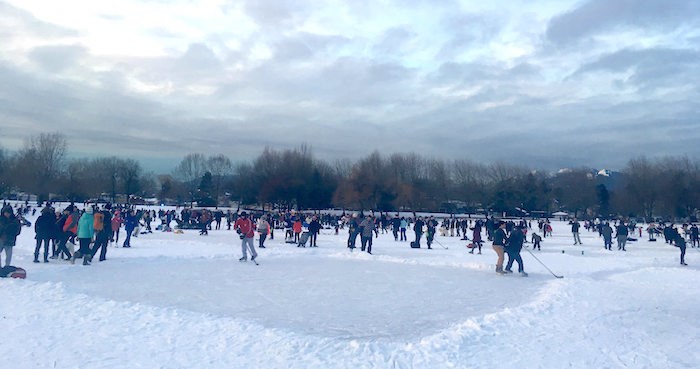 The City of Vancouver allows ice skating on Trout Lake only when conditions permit, and they are very serious about this. Keep an eye out during our colder days for updates about Trout Lake's ice conditions; the ice must be 12" thick for the Parks Board to allow skating, which did happen for the first time in 20 years in January 2017.

Just as in Vancouver, outdoor waterways in Richmond must meet rigid conditions to be deemed safe for skating. That said, the pond at Garry Point Park can sometimes meet the requirements; just stay tuned for word that you can hit the ice at this beautiful park south of the city near Steveston.

Coquitlam's Como Lake Park and Lafarge Lake open for skating when conditions permit (i.e. when the ice is at least 12" thick and holding). Coquitlam offers an informative Winter Wise section on their site that covers current conditions and safety information, and they'll share here if they have deemed Como Lake and Lafarge Lake safe for ice skating.